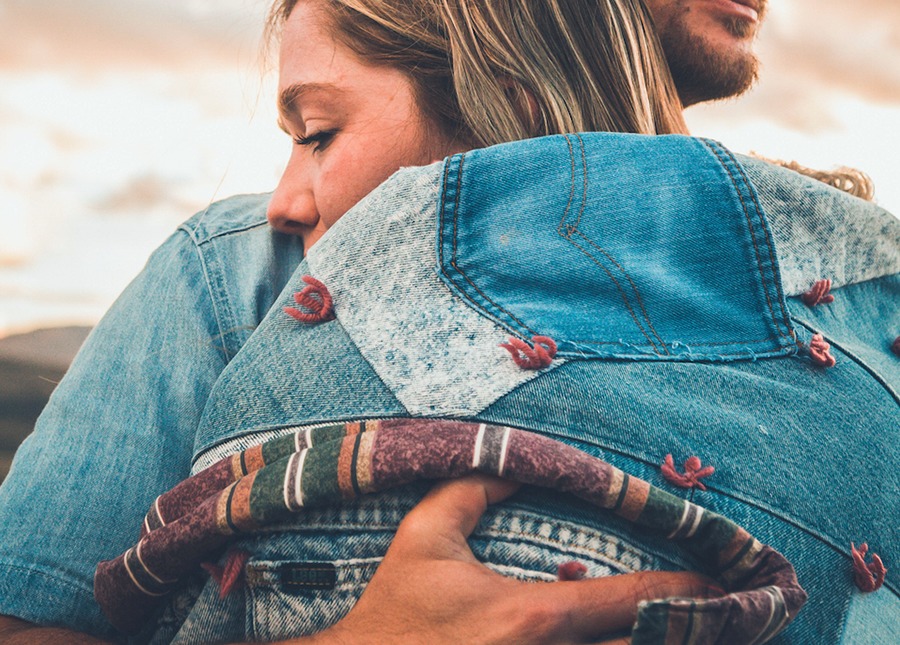 When people picture a “gold digger,” they’re usually imagining a thin woman dripping in jewelry and designer clothing obtained by questionable means, platinum blond hair perfectly coifed, and manicured nails ready to lure a hapless man to his own financial demise. But these days, when I picture a “gold digger,” however, I just see some otherwise nice guy trying to take advantage of a new situation. While I don’t believe men need to be the primary breadwinner in a relationship, there’s a line to toe between being comfortable dating someone with a different lifestyle and just, well, liking someone for the lifestyle they present.

One such gentleman was my last “boyfriend” — my first-ever gold digger. To clarify, I’m not exactly Ms. Money Bags. I’m financially prudent, sure, but I’m not particularly wealthy. I make a living working my ass off. There is no trust fund, no get-rich-quick scheme, no nothing. But I’ve found myself just a fraction ahead of my peers, financially, through a fuck-ton of hard work and planning.

Our relationship started off like any short-lived romance might these days — Tinder. You know the old saying: boy swipes right, girl swipes right, each attempts to impress the other with limited witty banter via text until one gets fed up and a meeting is set. Once again, a romance is set in motion. There were a few sweet months of standard dating. We’d find some hipster restaurant or venue, he’d offer to pay, I’d always split the bill because I’m a pain in the ass. Life moved on, we got close, and he started to come by more and more frequently.

In fact, at some point, he functionally had moved into my house, rent-free, and stayed there for a solid four months. During that time, he’d gone through the trouble of making himself at home – literally. We purchased a coffee maker, since I never drink coffee, and he’d decided he needed one at my place. So there it sat on my counter. He requested groceries, which I found myself supplying and preparing. He brought over each of his polos and his slacks for work and started hinting that he wanted a drawer in my dresser because symbolically it meant something to him. The symbol became more than just a drawer — soon he had his own drawer, his own closet, his own sink in my bathroom, his own cupboards, and then some.

I was realizing that he didn’t quite care as much for my company as he did the other perks that came with it. And to be fair, I helped him get comfortable in my life. I was the one that jokingly suggested he find a cheaper apartment since he never spent time at his own — at which point he started hinting at the prospect of just moving in, less than three months after meeting. I was the one that physically went to his old apartment to collect his suit and shampoo when he didn’t have time before a wedding. I was the one that agreed to house his motorcycle in my garage, pretty much indefinitely, in case traffic was bad on his way to work in the mornings. He wasn’t using it at his apartment, anyway.

I did all of that because I wanted him to be comfortable while spending his time with me, and we were spending so much time together that it almost felt like a real relationship. Still, deep down I knew something was off. It wasn’t until we were in San Francisco for his friend’s wedding when I finally realized why. While the entire trip was meant to celebrate his friends, I offered to split the costs. It was a really lovely weekend — we got to visit Alcatraz, celebrate a marriage, and enjoy my favorite bar. We had a blast, and it felt somewhat romantic to hear him talk about how “one day, that might be us.”

But by the end of the trip, he had become increasingly terse and visibly frustrated with me. He was upset about the cost of the Lyfts and Ubers we’d racked up by running around town, the cost of the Airbnb we were splitting, the cost of the flights and the breakfasts. Even though we’d split the trip, he was upset that I hadn’t covered more of the costs. When we got home, I thought things would go back to normal. Instead, he started hinting at things he wanted while we were out, or events he’d like to go to. I’d buy us tickets up front, as usual, but when I came back and asked him to Venmo me for his ticket, he’d be taken aback and tell me, “That was a really nice gesture, and I’d hate for it to lose that feeling.”

Well, that “feeling” was that of being used. I stopped buying things up front, and soon the relationship was souring because of it. Part of me understands why — our unspoken arrangement was changing for seemingly no reason. He felt it was expected of me to cover these things, and I simply didn’t want to do it. The dynamic shifted, and he didn’t like the result. In his mind, I owned a (our?) home. I had more of my financial shit together. I was able to afford more than him. In his mind, I should have stepped up and covered more than I had. He wasn’t struggling by any means, but I’d divulged too much information, and he felt that I was in a greater position to contribute and should have done more than just split things 50/50.

I felt myself asking more questions and feeling uneasy. I looked for reassurance: What is he getting out of this? Why does he enjoy spending time with me? His response: he liked living in a home with a woman that could (sometimes) cook, and doing it rent-free. He liked traveling and splitting the costs. He liked that I always have wine at home, or that we were able to go out and I’d cover us.

He liked the lifestyle that I provided, but he didn’t particularly like me.

We were play-acting a more grown-up relationship that neither of us had earned. He liked the fantasy of coming home to my life, and I guess I just liked the feeling of being with someone again, even if it was the wrong someone for a litany of reasons. We finally split after five months of dating. Looking back now, it feels like such a shallow, meaningless thing. We came together and enjoyed each other in a very surface-level manner, and then we moved apart.

But I know that he wouldn’t see things this way. I realized when we ended things that his tears were real, and he’d felt he really loved our relationship, even if he didn’t really love me. He didn’t walk into my life with the intention of taking advantage of me. In fact, I don’t think it was until months later that he’d realized what he cared about in this relationship. He will never think of himself as a gold digger, but I will never think of our relationship as anything more than an exchange of access and comfort. He didn’t come in looking for a cash payout, but it was still a wake-up call.