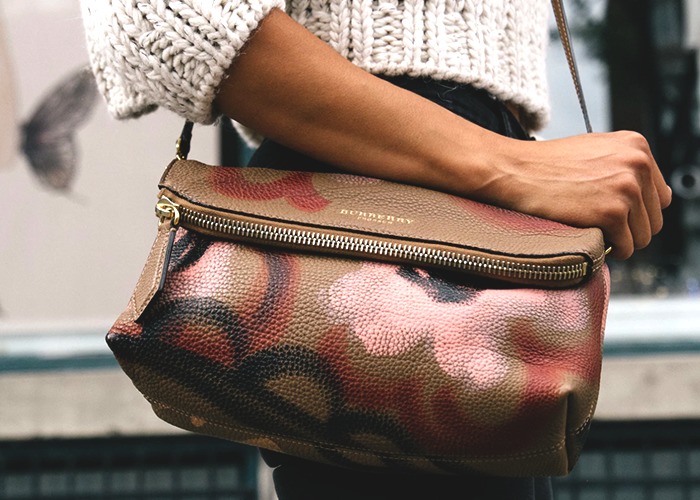 When I got my first post-college job, I went all out with my makeup to help me feel more confident in my adulthood. I used primer, foundation, concealer, blush, eyeshadow, eyeliner, and mascara six or seven days a week. (I’ve never been much of a lip color girl, though that hasn’t ever stopped me from buying it and then failing to use it more than a handful of times before throwing it away.) In my late twenties, I settled into a simpler routine: makeup for workdays, and only primer, foundation, concealer, and blush. Crossing into my thirties got me researching skincare and actually building a routine that I usually (but don’t always) follow.

This summer, I stopped wearing makeup. It wasn’t because I’d suddenly decided to make some kind of statement or radically change my life; it was because it was just too damned hot. I take the local commuter train to work, and there were days that the AC simply could not handle the number of people on the train and the weeks of upper-90s weather. Sweating off my makeup for half an hour on the way to work was a nightmare, and I didn’t want to spend the time (or money) trying to figure out if some kind of setting spray would keep that from happening — I just wanted it to stop.

For a few days, I tossed my makeup into my purse and put it on once I got to work. This let me feel like I looked “professional” at work, but it didn’t solve my melting problem on the way home in the evenings. Putting makeup on at work also just felt awkward, especially if someone else (like my manager) happened to step inside the bathroom while I was there taking up counter space. And then one morning when I was running late, I forgot to put my makeup in my purse and didn’t realize it until after I had missed my train and gotten into work late. I complained to work friends about how you could tell I’d had a really bad morning since I missed my normal train and had a bare face.

It’s weird, that little compulsion to point out when you’re not wearing makeup — it’s like halfway between a source of amusement and an apology for not measuring up to your normal beauty standards. No one in my office brought it up first. No one approached me, concerned, and asked if I was sick or tired. But I still felt like I had to acknowledge my lack of cosmetics to many of my peers, anyway. (It was really nice to have a commute home without makeup melting off me, even though I had felt self-conscious at work.)

That wasn’t my only hectic summer morning. It turns out that a failing AC can make it very difficult to get a good night’s rest and get up in the morning. The number of times I forgot to grab my makeup before I rushed out the door meant that my attempt to establish that habit ultimately went nowhere — and it meant that I got used to being at work without makeup instead. Even once my AC unit was fixed and I could sleep through the night, I’d functionally dropped makeup from my morning routine and wound up with room for something else: breakfast. I usually ate breakfast standing in the kitchen while packing lunch. But with my makeup timeslot free, I suddenly could sit down at my table to eat. I could enjoy my food and my social media feeds for a few minutes before I had to walk out the door, and that change in my morning routine made me feel more put together going into work than I had before, even with the makeup.

Some other small perks from dropping makeup from my workday routine: I haven’t had to buy any replacements, I don’t have to clean my makeup brushes weekly (a chore I disliked but did religiously because I liked breakouts even less), and I don’t have to do the “should I give a cheaper makeup brand a chance or stick with the expensive stuff I know won’t make my eyelids peel” debate whenever I step into Sephora. In the grand scheme of things, none of these were particularly onerous, but it’s nice to drop them altogether.

It’s November now, and no one at work has said a word about my lack of makeup. (None of my friends have, either.) If my bare face impacted my credibility or professional reputation, it wasn’t enough to prevent my recent promotion to a newly created team lead position. Then again, my job doesn’t require me to meet face-to-face with clients or people outside the office; there are professions and offices where I probably couldn’t get away with a makeup-free face sans commentary.

So have I sworn off makeup? No. I wore it for special occasions (weddings, family pictures) this summer when I wanted to look nicer than usual — it’s just that makeup went from one small-but-expected part of my work ensemble to something I realized wasn’t required. Wearing or not wearing makeup isn’t a decision I have to make and stick to for the rest of my life, either. Since the vast majority of women in management positions at my company wear makeup, I’ll likely come back to this question when my career takes me closer to getting an office of my own. Maybe a few months down the line, I’ll decide I want to change up my look and turn to makeup instead of putting new highlights in my hair.

It was good to just be reminded that makeup is a choice, and it’s one that I can reevaluate periodically. Regardless of what future me decides to do, present me is enjoying the lack of a regular makeup routine, even though I never purposefully set out to stop wearing it.