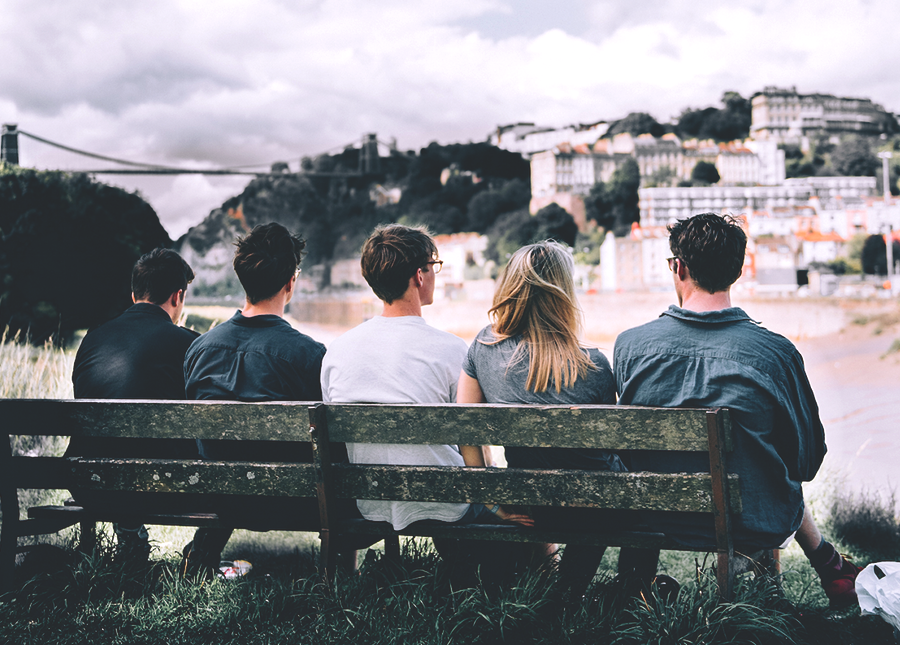 I am careening toward my thirties at a good clip, and most of my closest friends are long-distance. I enjoy the company of my nearby friends, but I rarely inquire deeply into their life choices, preferring to spend these days getting to know them without those intense conversations. I recently had two phone conversations that really made me think about what it means to talk about money with a friend who is thinking about a big change and whether it is reasonable.

I have a close friend who I have known for years. I enjoy the company of her significant other a lot, and the two of them have a staying power I have rarely seen in other couples. That being said, they’ve experienced an interesting life divergence over the past two years: while living together in the same apartment, they have had radically different job situations. At this point, my friend works full-time and earns a handsome salary for her area, while her significant other works part-time in a lower-paying field.

When she was telling me about their situation, she spoke with the same feeling we often get when talking about significant others: we both try to hold up the best parts of our SOs to those around us, because we want to our friends to love and support them as much as they do us. Still, we all need a place to talk about the frictions in our relationships, and sometimes those conversations end up being about money as well.

One big thing I realized when talking about the tension of divergent incomes was that couples do money very differently. Some couples choose to pool their resources, and others choose to pay equally towards certain expenses while maintaining separate accounts. Quite reasonably, my friend is in the latter group, while I am currently in the former. The results, though, mean that the lifestyle options available in terms of housing, cars, travel, and other luxuries are very different for my friend and for her significant other. They frequently have to discuss whether to do cheaper or free activities over the things that might be more fun or rewarding, but cost a pretty penny.

I earn less than my spouse, so it was probably less of a big deal for me to get to the place of being comfortable combining accounts, but I imagine it has to be a bit of a question for anyone who earns the higher salary in a partnership. There are real advantages: by treating it as “our money,” you avoid hard conversations about whether one of you can afford something that the other cannot. That being said, personal property is a thing, and it makes sense that if someone is working a certain amount at a demanding career, they want to retain those benefits in cash, not simply in avoided conflict.

What I noticed most in our conversation was that money in intimate relationships is always a push and pull of both experiences and emotions. How you feel about having money contributes to your experiences of financial security, no matter the objective dollar amount. In the case of my friend, both she and her partner are satisfied with their incomes, but the fact that they are satisfied at different levels causes some friction when it comes to their activities together. Even couples who make similar amounts of money, I would imagine, have conflicts over what that money means, and if one person feels insecure while the other feels flush with cash, the conflict will then arise from the perception of the money, not the actual amount itself.

Convo 2: When School Lasts This Long, When Does Family Start?

I have a second friend who is making the decision about when to do a whole slew of adult things, including having children. She’s in a field where earning your degree lasts into your late twenties, and everyone has been pressuring her to wait until she’s firmly established in her career to have children. The numbers don’t quite work for this: if she wants multiple kids, and it can sometimes take a while to get pregnant, she worries that the time may come and go to be able to have kids while she feels young and energetic. While people are having kids later across the board, my friend specifically wants to have her kids while she’s younger for a variety of reasons.

This is all enough trouble and enough to worry about, and we have talked about it through much of her extended schooling. However, adding to the facts of this case is the simple fact that while in all this schooling, she’s also not been making very much money. So part of having the kids young is also having the money to care for the kids.

I have mostly tried to be sympathetic in this case, because it just seems like seventy million things need to happen for my friend before she can have the many things she wants: a meaningful career, time to have children, money to provide for children, and time to spend with them after their births. There are such finite amounts of money and time in every aspect of her predicament. Which is why, when she mentioned casually that she might try to have a child before she completes her degree, I had to bite my tongue a bit. (Well, we’re close, so I still voiced an opinion, but I realized that I had run into a place where I didn’t get to have a say in the conversation.)

Telling people when and how many children to have is pretty taboo, but at the same time, it is so important for the happiness of parents and children that they feel like they have the resources to live. I spent most of my conversation counseling my friend that she didn’t have to follow the extreme advice she’d been given: she didn’t have to have kids now in order to feel young while raising them, and she didn’t have to work for years and years to get her finances ready. Waiting a year or two into her career wouldn’t hurt, and there was a good chance that she might have to wait a bit even after she started trying to get pregnant. I realized that what more friends need, rather than concrete opinions, is the freedom to not feel like they are making an extreme, life-or-death decision.

While I was personally on the side of job first, then baby, I was mostly trying to show my friend that she had more than two money options, which tends to make us less intense and fearful in our decision-making.

Both of these conversations led me to a place where I wished that I had more experience with discussing hard money questions with friends. In this case, neither friend is facing an immediate question or asking me for advice, but they are people I care about. I want to be a positive voice in situations where they are experiencing frustration. So far, my main lesson seems to be that I have as much to learn from my friends’ money choices as I have to offer them. I also want to help people always see the out-of-the-box options available to them, even if they do go for a more conventional approach in the end.