What I Learned From Tracking My Eating Habits For 6 Months 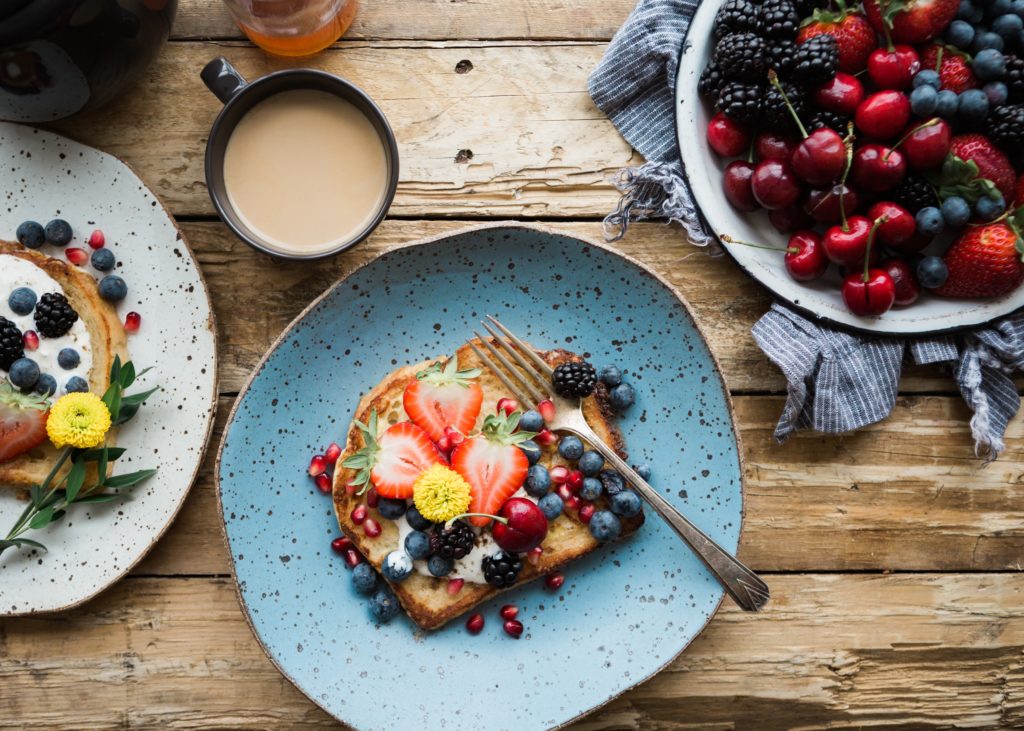 Disclaimer: This post discusses calorie-counting and portion controlling. Please only continue to read if you feel it is healthy for you to do so.

Over the past few months, I’ve been using the Lifesum app to track my eating habits. Originally, this began as an exercise to determine if I was binge-eating over the weekends and, if I was, if my portion-control was improved during the workweek when I knew I was eating healthier meals.

I know that meal-tracking is controversial, and it’s absolutely not for everyone. If you’re someone whose calorie-counting has resulted in unhealthy eating habits, please don’t download this app (or other similar apps, of which there are many). But, if you’re on a journey to become healthier, both physically and mentally, I’ve found that tracking what I ate allowed me to better portion my meals and determine how full I was.

When I first began using Lifesum, I was surprised to find how little I was eating during the workweek and, on the contrary, how much I was consuming during the weekend. From Monday through Friday, I have a rigid routine: I work out for 45-60 minutes first thing in the morning, followed by a portioned breakfast of a quarter cup of oatmeal, chia seeds, berries, and peanut butter. I then have some sort of lunch, which includes a quarter cup of cooked quinoa, veggies, and protein, in the form of a burrito bowl or stir fry or a salad. Then, for dinner, I typically make myself a two-egg omelet and will sometimes indulge in a cup of chai.

Given that I engage in high-intensity workouts and my commute to the office includes a good bit of walking, I wind up burning something close to 800 calories a day, even as I’m consuming a moderate amount of food. Needless to say, my Monday through Friday consumption is quite low — at least when I manage to stick to this regimen and don’t indulge in a dinner out with friends.

Over the weekend, though, the story is entirely different. I often eat out for dinner on a Friday night, brunch on Saturday morning, dinner on Saturday night, and brunch on Sunday. This isn’t always what my weekend looks like, but more often than not, I am eating at least three of these meals outside. Since my gym is near my office, and my office is about an hour away by public transit, I don’t work out over the weekends. I try to hit at least 10K steps, but given how dependent I am on public transit, it’s typically more like 5K, especially given the fact that friends often drive me to and from places. Needless to say, my weekend caloric consumption is close to 1.5x what I wanted to be consuming on a daily basis.

But after I began tracking these habits on Lifesum, I realized that overall, my weekly calorie consumption was balanced. I also noticed that I now had a benchmark for what a 500-calorie meal (which I decided was the right size for me) “felt” like. If I had made myself a quinoa burrito bowl for the week, for instance, I knew exactly how full I felt at the end of that meal and began to associate that sensation with a set number of calories. Over the weekend, then, when I was eating out, I began to notice that after a certain point in my meal, I felt that same sensation, which during the week my brain had associated with “full” or “a complete meal.” As a result, I started packing leftovers from the weekend more frequently instead of forcing myself to finish a giant meal. It also helped me to figure out exactly how much I was eating since, often, entering in a restaurant meal on Lifesum is a lot trickier than entering in a meal that I had measured and cooked myself.

As I began to practice healthier portion sizes, especially on the weekend, I stopped recording my meals every single day. This is a habit I’m still working to resolve. I want to resume my practice of mindful consumption. Since beginning to associate certain types of fullness with a particular number of calories, I realized that I had begun to consume more and more unhealthy food. Admittedly, only “x” calories of it, or what felt like “x” calories, but I had transitioned from making a concerted effort to eat better and portion my meals more efficiently to simply eating a set number of calories each day. And that isn’t healthy.

Lifesum breaks down meals into a particular amount of protein, carbs, etc. and I hope to continue to use the app to track not my caloric intake but rather my intake of fats, proteins, and carbs. That being said, I want to emphasize that meal-tracking allowed me to better understand the eating habits I could sustain versus those I should get rid of. Clearly, my meal-prepping plan and weekday regimen was working for me. Almost too well, as I hadn’t thought very much about how working out meant I could consume a greater amount of food that day. Instead, I was making up for that by binge-eating on the weekends, which just wasn’t sustainable. I was full much earlier than I was recognizing, but meal tracking forced me to associate certain meals or sensations of fullness with a fixed number of calories and portion my meals at restaurants much better. It also pushed me to incorporate more exercise into my weekends to compensate for the additional caloric intake.

I fully understand that meal-tracking isn’t for everyone, but if you’re curious to try it out, it can certainly have some unforeseen benefits both physically and mentally.