What I Learned From Paying A Third Of My Income On Rent, And How You Can Avoid It 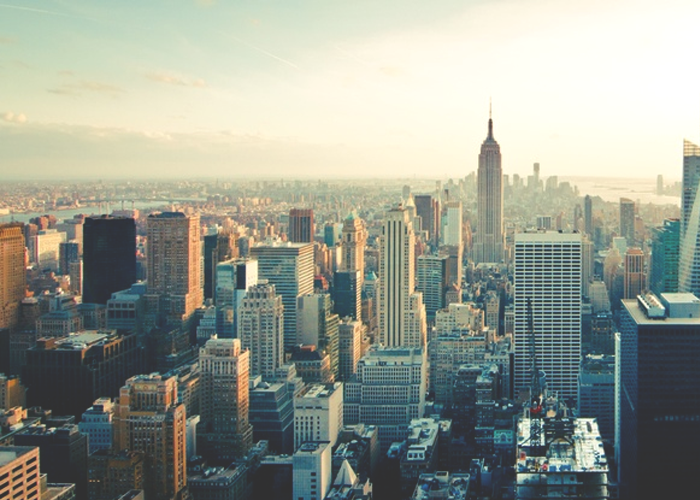 After I wrote my latest article, I noticed some comments from people who said they were doing everything the infographic suggested, reaping all of the savings, but still struggling. I understand — I’ve been there before. However, I had to learn the hard way that the reason I was struggling was directly attributed to one thing — I was living in New York City.

When I moved to a different city for law school, I decided to stay there after graduation and look for a job rather than move to a larger city where I could potentially double my salary. I did this because I wanted to own a home, pay off my student loans, and still have a life outside of work. In other words, the cost of living in a major city outweighed any salary increase. So here I am at 30, making less than half of what similar professionals in bigger cities make, wedded to 10+ years of educational loan repayments, renting a house, but feeling completely financially stable. This is almost wholly attributed to my decision to live in a smaller city and rent a very modest home.

For most young Americans, housing is the number one expense. If you whittle that expense down, it’s a financial game-changer. Lauren wrote really candidly about living with family, which is something you should totally consider if you have that option available to you. Americans imbue living with one’s family as an adult with a unique stigma — one that is non-existent and incomprehensible in most other cultures.

Living with family is a great way for both you and your family to save money, and it also comes with wonderful intangible benefits like staying close to your family and sharing meals together often. But the reality is that whether by circumstances beyond our control (like job availability or the unwillingness/inability of parents to let adult children live at home) or by choice, 20-something Americans are increasingly renting as opposed to buying their homes.

Renting is the best choice if you lack capital to make a sizable down payment, have an uncertain income, and/or the cost of ownership exceeds the cost of rent. That being said, the general rule is that you should not spend more than one-third of your monthly income on rent. If you live in NYC, San Fran, or DC and make a median income for a single person your age, you are probably spending well over that. So, if you want to have more disposable income, you have two options: find more income (easier said than done) or find a cheaper place to live. I found a cheaper place to live, and here’s what I learned along the way.

Don’t live in a hip city.
Before you all say, “omg, I MUST live in (insert cool city here),” think about whether you actually need to live there or if you just want to. If you have some real reason to be there, such as having a very high-paying job, living in a very expensive city doesn’t make a whole lot of sense. If you have no job post-college and all your friends live there, that may not be a good enough reason for you to live there yourself. I did the latter. At the time, it seemed like the only viable option for me because I could not live with my parents (my mom doesn’t live in the U.S., and my Dad lived in a one-bedroom apartment). I could have lived somewhere else, and it may have saved me money, but at the time I had a job interview for what I thought was my dream job. Also, all my friends and alumni connections were in NYC, so it seemed like my best option to stay put.

You also have to consider whether or not the big city life is right for your emotional and mental health. In 2008, I could handle NYC. In 2015, with more debt and aspirations of homeownership and retirement accounts, I know I cannot. Before you fall into the trap of thinking that you cannot be ~cool~ unless you live in a big city, do some soul-searching about what it is you need now, what you value (personally, professionally, financially), and what you want. Write it all out on a lame three-column list, consult friends, family, and mentors in other places, research average rental prices, average salaries, and apply to lots of jobs. You will not be unfulfilled just because you make paintings or teach elementary school in Pittsburg or Cleveland or Detroit. Smaller cities are gems — trust me, I know from experience.

Get a roommate.
When I lived in Park Slope, I had anywhere from 1-5 roommates which kept my rent around $1000 at the time (back in 2008-2010). I still have a roommate in Nashville where I currently live, but that roommate is my significant other. The decision to live with a romantic partner outside marriage is a personal choice, and it took me about four months to weigh the options and take my SO up on his invitation to move in with him. In the end, I’m glad I did it because it saved me about $300 a month on utilities and rent compared to the (much nicer, two bedroom, two bathroom) home I was sharing with three other ladies. Also, he is the best roommate ever!

Pick your poison. (i.e., nail down your select must haves)
I am not advocating that you live in a poisonous environment (although, we eventually left our previous apartment because it had very literally been poisoned). I am saying that finding the perfect place with everything you want on a budget is about as hard to find as the perfect soul mate. For two years my SO and I lived in a run-down, cheap, conveniently located pre-war apartment. No central AC, and no laundry facilities. It had radiators that leaked blue goo, and (for a time) a roach problem caused by a troubled alcoholic neighbor. But there were nice elements to it. The building was within a few blocks of a good supermarket, a laundromat, and a bus stop, and we could bike to work and not have to worry about buying a car to supplement my SO’s temperamental old truck. It also had lovely charm to it with its cracking subway tiled bathroom, nice big windows with cross-ventilation, and huge closets. However, the place was clearly not up to code and was literally falling apart around us. The straw that broke the camel’s back was when our maintenance man put sewer line cleaner AND Draino into our kitchen sink to unclog it. The cleaner ended up stripping the steel from our sink and from our stainless steel kitchen tools, it killed our plants, and left a lingering chemical smell that only dissipated after several days of having all the windows open. The property manager was nonplussed and accused us of lying (YIKES, time to go).

Have patience and (hope for) good luck.
Luckily, around the time of the Draino drama, I had a friend who was moving out of her place within a few months, so I reached out to her landlord to begin the moving in process. In the meantime, we moved our things out of our old place and stored them with friends and family while we lived apart from one another for two months. Before we signed the new lease on my friend’s place we saw the “for rent” sign go up on our current place. The delay between moving out of our old place and waiting for my friend’s place to open up actually had the fortuitous effect of allowing us to nab our below-market house. Pure luck.

Jump on it, and stay on it.
The way in which we landed our amazing rental situation with the sweetest landlady ever was probably attributable to a number of things. The fact that we called to view it the day the “for rent” sign went up, saw it the next day and, within five minutes of seeing the place, told her we loved it and asked where we could sign. We moved fast and were very decisive. A lot of great landlords (especially older ones who may not be as profit focused) generally do not use Craigslist, so scouting a neighborhood for rental signs is often vital. Although our current house is not ideal (the oven/stove is this tiny electric one that doesn’t fit a baking sheet in it, and there is an active freight train track in the backyard) we don’t complain much. At $1,000 a month, the rent is way more comfortably aligned with our budget and, until we find our dream home at our price point, we are going to do all we can to stay put and enjoy it.

In looking back on the decision I made and weighing what they were worth to me, I don’t regret paying a 1/3 of my income to rent in NYC. I realize it’s not an opportunity that everyone has, but it was the right choice for me for that period of time. As my all-time favorite writer Joan Didion so aptly put it, “It is often said that New York is a city for only the very rich and the very poor. It is less often said that New York is also, at least for those of us who came there from somewhere else, a city for only the very young.”