What It Really Cost To Get My Tubes Tied 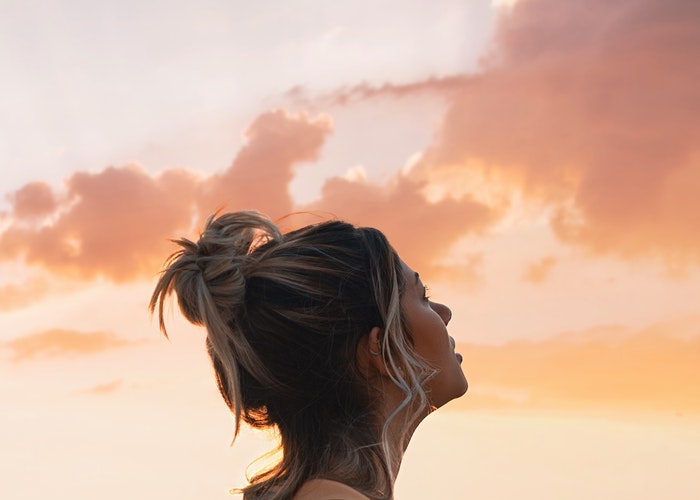 Having kids has never been part of my life plan. I don’t hate kids nor is it an ethical issue with bringing life into a world with so much suffering. It’s simply one of those “not for me” things. As a woman in her early thirties, I sometimes find that hard to admit, since many of my friends struggle with infertility while I am choosing not to have children.

Remaining child-free had previously required a lot of planning, as someone assigned female at birth. Condoms work,  but I’ve always wanted as much control as possible. As a result, I’ve tried several birth control options over the last 15 years.

From age 17 until 22, I was prescribed multiple types of oral contraceptives in order to find one that didn’t trigger painful, debilitating migraines. When I was 23 and newly married, my husband was easily able to get a vasectomy since he was over 30. No questions asked —  insurance covered his procedure 100%.

That method only lasted as long as my marriage (slightly longer than Kim K’s first one). After another round of oral contraception, I got serious about exploring more permanent options and broached the topic of getting my tubes tied with a new OBGYN. She said she would consider the procedure even though I was only 28, but she recommended a hormonal IUD first to help with the migraines.

After years of cramping with the IUD, I knew it was time to reopen the conversation about surgical options. My biggest unknown was the potential cost of getting my tubes tied since it is often considered an elective procedure by insurance. Not to mention, the IUD I had cost nearly $1,000 since the hospital who placed it was “out of network.” This negative experience with insurance (and many others) made me more meticulous in my research this time around.

I was finally able to get an appointment with an OBGYN in February 2020 who was both in-network and on a list of childfree-friendly doctors I had found on Reddit’s r/Childfree. It would be around a $45 co-pay.  Our conversation went something like this:

Me: I feel like I have exhausted all options for birth control and want a permanent solution.

Doctor: Let me go get the paperwork and let’s talk about your options.

I opted for the basic tubal ligation since I don’t have a family history of cancer and do have a fear of insurance paperwork. It was now in the hands of the billing department to generate an estimate with insurance to help me plan for the cost.

The estimate came in a week later: $6,000 – $7,500. Total surgery was estimated at around $13,000, so I called my insurance to verify. I decided I would pull the money out of my long-term savings and called back to schedule the surgery. Unfortunately, COVID-19 hit a week later here in Seattle, further obscuring the light at the end of the tunnel.

A couple of months later, when hospitals began rescheduling elective procedures, I was able to get back on the schedule and started preparing for the inevitable downtime. This included a new pair of yoga pants ($75) and some extra, easy-to-prepare snacks (~$55). At my final appointment, the doctor also recommended I invest in a heating pad ($29) and a good thermometer ($59). The nurse told me to be sure to remove all body piercings before the day of my surgery. I picked up my prescription for pain management ($15) and some laxatives ($6.25) on my way home.

Taking out my two ear cartilage piercings was an unexpected ordeal of its own. After watching some YouTube tutorials, I rush-ordered forceps ($7) to arrive the next day. I tried again to remove the piercings with the tools after completing my mandatory COVID-19 test ($0!) but my attempts only aggravated my piercings, to say nothing of my stress level. As a last resort, I booked an appointment with one of the few piercers open to remove it professionally ($20 after tip — highly recommend starting with this option and saving yourself the anxiety of DIY-removal). A surgical nurse later told me they could have taped it  – the cost of being a rule follower.

On the morning of the procedure, I was directed to drink 8 oz of apple juice ($5.50) and shower using a special soap ($26). I offered to pay for parking for the friend who waited for me, but he refused.

I couldn’t keep food down for the first 48 hours. My first real meal was takeout vegetarian sushi ($23) because I couldn’t stomach what I had prepped. A few days later, I went back to the piercer to replace my piercing (another $20).

A week out from surgery, my total costs were a little under $350. I was dreading the full bill when I saw the Summary of Coverage and Benefits arrive. The first SCB I received only showed anesthesiology charges, which amounted to a total owed of $1,200. I got a partial bill for the IUD removal ($69.57) a few days later.

The second Summary of Coverage and Benefits came a few weeks later for the full procedure.

Months later, I am still shocked. In total my surgery was half the cost of my IUD insertion, coming in at around $415. I believe that staying on top of my insurance and coverage made a difference in the outcome and will continue to plan for the worst-case-scenario when it comes to medical billing. The experience was a reminder that medical insurance seems intentionally hard to navigate here in the U.S. and even estimates aren’t always accurate. I am very grateful for the positive ending and know this isn’t the usual outcome for those navigating insurance coverage for elective procedures.

Rachel Stoll is a freelance contributor who writes about technology and entertainment for various publications. She also works as a copywriter and content strategist for brands you definitely know. You can find her on most social platforms at @RachelStoll.