What It Really Feels Like To Be Happily Unemployed 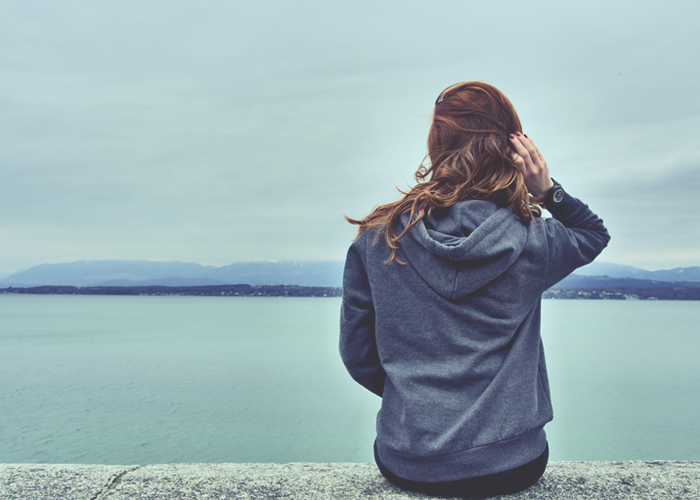 A few months ago, my position at the company I was working for was eliminated, leaving me jobless. Like many people in this position, I imagine, my first reaction was complete and utter terror. I’d just gotten engaged. My fiancé and I had just bought a house. We felt like we were barely scraping by as it was, and now things were about to get so much worse. So I did the only thing I could think of — I cried. I wailed that life wasn’t fair, I panicked that the bank was going to take our house away, and I complained that we would have to postpone the wedding.

Then, once I had that out of my system, something funny happened.

I felt excited. I felt happy. I felt free. Without the stress and time commitment of a job, I had all the time in the world to do whatever I wanted. It was the beginning of the summer, and sure, I had to find a new job, but I admit I was really excited about having the time off. Once I starting thinking of the layoff (and subsequent unemployment) as a positive experience, rather than a negative one, it was like a giant weight had been lifted from my shoulders.

So I decided to make use of this pleasant (if unexpected) happiness, and made a plan. What were all the things I always wished I had time to do? What did I really want to do for a career? What kinds of job perks was I looking for? I realized that if I didn’t use this moment when unemployment and the job hunt were thrust upon me to really ask these questions, I’d likely never know the real answers. I was honest about what I wanted. Then, I did my homework. I started looking for my dream job.

I went through job descriptions with a fine-toothed comb to see what skills and experience they required. I researched companies I wanted to work for and looked up their employees on LinkedIn. Where had they worked before? What kinds of career path did they take that led them to the job they had now? I was pleasantly surprised to learn that I wasn’t as far behind as I thought I was.

I started applying to jobs, and even getting interviews — something I thought would be impossible before I started looking. When I’m not actively applying to jobs, I’m scouring the Internet, learning everything I can about my industry and taking any free or affordable classes I can find. I’ve also spent time brainstorming side hustles that I hope to continue even when I do land my dream gig, because I never want to be caught jobless with only one source of income again.

I’ve been really lucky that that severance I received from my job is enough to keep my fiancé and I going for at least a few more months before things get really tight — something I recognize is not a universal when leaving a job, and something that’s also a key ingredient to looking at your new-found unemployment with optimism and happiness. I’m also really lucky that we’ve been very good with our finances, so we aren’t in massive amounts of debt. I know not everyone is this fortunate.

Most days, though, I actually find myself working harder than I ever had at a job I’ve held. Job hunting in itself is a full time job, and I constantly need to remind myself that it’s okay to take a break — something that’s not obvious when you have no hours, no boss, and nothing to manage your time except the big sign ahead of you that reads “Get A Job.” On the bright side, compared to the jobs where I had very clear outlines of my working day, I know that I am working towards something huge now — possibly my dream job, but at least the start of a thrilling new career. I know the effort I am putting in now will eventually pay off and turn into something great. That’s not a feeling I can ever say I’ve had at my past jobs.

It may not come from my next job, or even the one after that, but I know that someday, if I put in enough hard work, I’ll make it there. I don’t know how this story ends yet. It’s been a couple months and I still haven’t found a job. But I do have a much clearer picture of what I want my life to look like in the next six months, year, five years. I am able to say what I don’t like, and what I am wiling to make sacrifices for — something that was much harder to do when I was simply moving forward at a job, putting in one day after the other. Now, I have a career plan, something I was lacking before. Losing my job has taught me that you can’t just go along for the ride when it comes to your life. At some point, you need to get behind the wheel.

Katrina lives north of Boston, MA with her fiance. She spends her free time trying to figure out how to be an adult, obsessively planning her future, and watching a lot of reality TV. She can be found at her blog or on Instagram.