What It Was Really Like To Be Homeless At 18 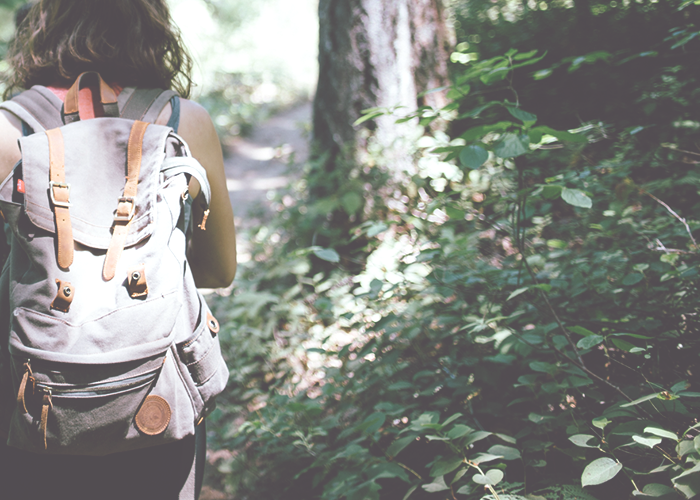 When I was 18, I had a boyfriend. He was my first real boyfriend, and I thought I was in love. We had only been dating for about four months when he was told he’d have to find a new place to live. He didn’t have a job and neither did I. We were both in high school when the recession hit in 2008, and in 2011, when we got together, our city hadn’t recovered yet and no one was hiring.

Shortly after my boyfriend had been told he’d have to find a new place to live, he moved in with me and my mom. We spent a good deal of time looking for jobs and even landed a few interviews when the Christmas season hit, but we never made it past the first round of interviews.

Eventually, my mom kicked us out (and in retrospect, I agree with her decision, though I was definitely sour about it for a while). My boyfriend and I made our way to Los Angeles, which was about two hours from where we were living, with hopes of “making it” or something, getting through this tough time together, and proving we could make it through anything.

We didn’t have anywhere to go in LA, and we mostly lived in crowded homeless shelters, or on the streets. We finally found the Covenant House, which made me rationalize my decision to roam LA, because it was more than your average homeless shelter. The Covenant House was far, far better than anywhere else we lived when we were homeless. The Cov, as it was called by those who received services there, only took in youth between the ages of 18 and 21. Once you filled out the intake paperwork, you were assigned to a room upstairs that you shared with three other people.

During the day, you were not allowed to be in the sleeping areas, unless you were sick. Downstairs, there were two indoor common areas and one outdoor common area that you could be in during the day, though you were encouraged to attend the job search and job interview seminars that they provided in the building next door. You were required to complete three chores a day, unless you had a job, in which case you were only required to do one chore. The Cov also provided a few afternoon and evening activities, including meditation time, a free-writing/journaling session, and a videography class.

I acknowledge that for 90% of my time spent being homeless, I was very fortunate and more well-off than most people who find themselves without permanent shelter. This does not diminish my experience without a home, however. Before my boyfriend and I found The Cov, we spent many nights sleeping in shifts outside, in the cold, on the sidewalk, or on cots in overly-crowded emergency shelters. It was these nights that made me appreciate the extra mile that The Cov went with their shelter. In turn, it was all of these experiences that make me appreciate the fact that I am no longer homeless.

Looking back now, of course, I realize that I didn’t have to go through any of this. My mom would have helped get me into college, and I could have stayed at home while going to school. I shouldn’t have invited my boyfriend to live with me, and I should have broken up with him a lot sooner than I did. However, I don’t regret any of it. Knowing what I know now, if I could go back in time, I’d do it all over again exactly the way that it happened. I wasn’t ready to go to college when I was 18, and there just weren’t enough jobs in my hometown. While I was staying at the Covenant House, I got my first job. I ran the carnival games at Universal Studios. It was a terrible job and it almost destroyed me, but it gave me something that living at home couldn’t: it allowed me to own the feeling of being worthy of a chance in life.

We didn’t stay at The Cov very long. After a few months of working and saving money, we took the little we had and moved on. My boyfriend and I had found a place to live in Northern California. We shared a fifth-wheel trailer with a friend of ours. I quickly learned that this was also going to be a terrible experience, and I only ended up staying in that trailer for one month. In Northern California, I had another option; I had family not that far away. I called my aunt who agreed to let me stay with her family, provided I found a job and paid rent.

It didn’t take me very long to find a job there, and I eventually decided to go to college. Not long after I moved in with my aunt, I broke up with my boyfriend. A very important thing I’ve realized is that while he might have been a factor in why I became homeless, he is also what motivated me to get myself together. Not because he wanted better for me, but because I wanted more than what I had by his side.

It took a few years, but I am just about to finish my AA degree, and I just started a job at a major tech company in Silicon Valley. With the support of my family and a far superior boyfriend, I will continue to grow in my career and my education.

Jamie is a 20-something making it up as she goes, waiting for someone to hand her the rule book.