What I’ve Learned A Year Into Living In Alaska, A Food Desert State 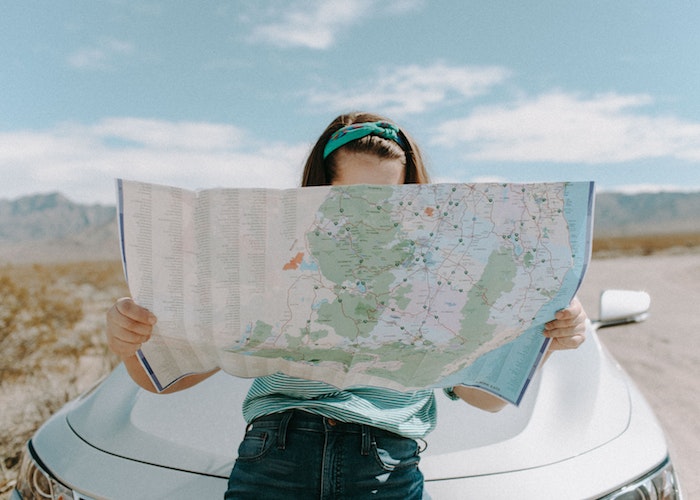 I moved to Alaska for my first job after graduating from law school in 2018. While not a complete newcomer, I was excited to learn all about the 49th state. After living here over a year and making it through a full winter, I’ve found that living in Anchorage brings a privilege that the rest of the state doesn’t share. Here’s what I’ve learned about money, resources, and community from rural Alaskans.

Anchorage is sometimes teased as a lovely city an hour south of Alaska. This is rightfully earned since life in Anchorage doesn’t reflect the harsh realities of many other places in the state. In Anchorage, we are blessed with two Targets, two Costcos (an Alaskan staple), high-end clothing boutiques, and endless grocers, from nationwide chains to local-mom-and-pop shops. This is not the case elsewhere, considering that outside of Anchorage, many Alaskans supplement their grocery hauls with hunting, fishing, farming, wild berry picking, and with resources from small stores that are often not much larger than a 7-11.

Like the rest of America, wealth in Alaska is highly concentrated and mainly exists in Anchorage. Big box stores truck in, train in, and fly in basic essentials that are at the fingertips of the city’s population, with  Approximately 90% of the goods that come into the state coming in through the Port of Anchorage. The shipping cost to and within Alaska greatly increases the cost of all goods, including basic essentials.

“The shipping cost to and within Alaska greatly increases the cost of all goods, including basic essentials.”

The cost of transportation and the scarcity of resources increases further into the state, which results in rural Alaskans paying the highest prices for basics like milk, bread, and formula. These areas often have the least amount of access to education and sustainable middle-to-high paying jobs. Some may point to unique opportunities in the oil and mining industry, but the labor jobs are high risk, largely only available to men, and often do not offer sustained income for employees once they become injured or too old to work. On top of this, many villages in Alaska are only accessible by small bush planes and some even lack what we’d consider basic utilities, such as: running water, electricity, internet, and trash removal.

I experienced this sticker shock first hand when I visited Cordova. By Alaskan standards, Cordova is not a small town, with a population of just over 2,000 residents. It serves as an important hub for the commercial fishing industry, and in-town utilities are also available. The first time I walked into a Cordova grocery store, searching for a Sprite and a bag of Cheetos, I found an array of bulk pack items from Costco removed from their original packaging, unpriced, and placed on the mismatched shelves. I was confused but determined. I wandered around the seemingly random aisles and eventually found puffed Cheetos and a holiday cranberry Sprite (it was May.) After paying the cashier an alarming $10, which I assume included an out of towner upcharge, I hopped back into the car and we made our way home to Anchorage.

“I paid an alarming $10 for puffed Cheetos and a Sprite.”

It was later that I learned that the grocery store I visited did exactly what I had guessed, the owners took a truck on a ferry to Anchorage, loaded up at Costco, and re-sold the marked-up goods in Cordova. To be clear, I don’t want to vilify these grocery store owners; they are providing essential services to underserved communities. The realities of the cost of feeding people in remote areas are harsh, and so are the prices. I also later learned that Cordova does not have a hospital. Like in much of the state, if you need immediate medical care there are some doctors and nurses on rotation locally, but anything major requires a flight to Anchorage. This means expectant parents who want their babies to be born in hospitals are encouraged to spend the final month of their pregnancies in Anchorage. Those who can’t afford this rely on the wide network of midwives throughout the state.

As I began to learn more about life outside of Anchorage, the cost of convenience food – which includes things like, a box of cookies for $18 – became a particular interest to me. I was familiar with the idea of food deserts, having grown up in a small Texas town located 45 minutes from the closest grocery store. I also attended college in Appalachia, North Carolina, where food deserts are common. But this was different. While my mom kept coolers in the back of the car to keep the frozen food frozen on our way home during weekly shopping trips, we really weren’t that far from food. We also lived in an area where fresh and frozen produce were trucked in on a regular basis. I never thought of a fresh orange as a luxury. In Appalachia, small hollers may not have a grocery store, but again, they were always only an hour or so away from a Walmart. Though not ideal, compared to Alaska, this hour or two seemed like a small inconvenience.

“I never thought of a fresh orange as a luxury.”

So what did I learn from their experiences?

First, when it comes to budgeting time, money, and resources in the lower 48, personal finance tropes don’t work out here. It makes no sense to, “cut back on your daily latte” when the closest Starbucks is over 100 miles away. Of course, spending less than you earn is tried and true, but even “what you earn” has a different meaning in rural Alaska. With seasonal work and subsistence living, what you earn can be hard to quantify. Consider more than just the amount of money in your bank account; here, there are ways to earn things without the transfer of money. You may trade canned fireweed jam for salmon, halibut, or caribou. In this trade economy, consider what you have on hand, what you need, what your neighbor needs, and the time it took to perform each task. Here, “spending less than you earn,” is much less literal, and more so a reminder to be aware of your resources, and use them wisely.

Second, start with what you have. Visitors to Alaska will often comment on the utilitarian, outdated buildings. Outsiders will note that clothing is function-over-form and see that people are committed to re-using everything. In reality, the cost of buying new is high everywhere, you just don’t see it, and the convenience of running to your local fast fashion shop is not outweighed by the global cost to the environment and the workers. But in Alaska, buying something new means paying to bring something through the Port of Anchorage and beyond. Even if you buy local, most of the time, the raw materials to make the product must be shipped up, so you need to use and carefully maintain what you already have. Rural Alaskans will go to great lengths to maintain everything they own because repairs will almost always be cheaper than buying it new.

Finally, be there for your community. Alaskans are known for their cold hands, but warm hearts. A complete reversal from the saccharine southern charm that I came from, Alaskans don’t want to be up in your personal business. This land may be made for introverts, but Alaksnas will be there for you when you need anything. They will give you their food, their water, their gas, and their clothing. They will welcome you into their homes and make sure that you stay alive – which is not as easy as it sounds. At first, this was unsettling for me, since I did not know how to repay the kindness I’d been given over and over again. But I’ve learned that all Alaskans, Anchorage residents included, are incredible, communal people. As an Alaskan, I repay those who have given so much to me, not just by giving back to them, but by being the person that others can count on.

Amanda is an Attorney in the Alaska District of the United States Army Corps of Engineers. She joined USACE in 2019 through the Civilian Honors Program, where she works as an Assistant District Counsel. She currently resides in Anchorage.