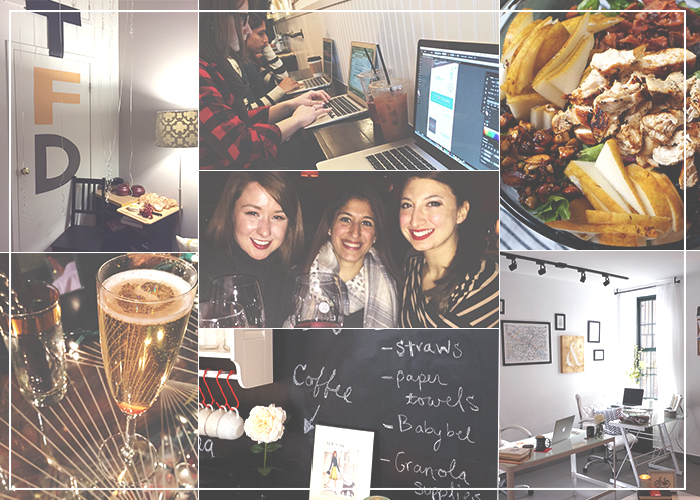 As some of you may have seen last week, I shared a Tweet onto my feed from a magazine that was looking to fill a Managing Editor position (NYC-based, heavy on responsibility and creative influence) for $10 an hour. They were looking for “diverse candidates,” which can be taken to mean any number of things, but, given the scope of the job, probably didn’t include “people who can afford to earn very little money from a very demanding job in New York City.” As someone who lives in New York, I can confirm that it’s very difficult to make ends meet earning several times that much, so I can’t imagine how your life here would look if you were earning a total of $200 per week for half your working hours.

This specific example is unfortunate, yes, but it’s not exceptional in any way. It’s no secret that media is a tough business in which to make “real” money, and that the ways in which publications exploit their employees (or, more often, contracted workers) are seemingly limitless. There are people getting paid fast food wages to be a high-ranking editor, people being coerced into sharing things with which they are deeply uncomfortable, people doing endless unpaid work for media companies valued in the hundreds of millions. This dynamic makes media a difficult landscape to work in (and works to the active detriment of having diverse voices, financially and otherwise), but it makes it an even harder one to be an entrepreneur in. Even the most successful — on paper — media companies will justify their unpaid work or comically-low compensation as a result of how hard it is to turn a profit.

But despite this, and partially because I worked in sponsored content before starting TFD (and was therefore more aware than most about the business of making things on the internet), I decided to make a go of it. With Lauren on as my partner in the earliest days of the site, TFD went from being a little Tumblr where I tracked my blog, to being a full-time job for the both of us, a part-time job for a third person, and a little entity that chugs along at a slow-but-sustainable pace, and is even able to pay the occasional contributor.

I wanted to write this State of Our Union when I tweeted that link out, because it feels unfair and disingenuous to call anyone out without showing my dirty laundry, and our constant talk of radical financial transparency on the site feels empty if we aren’t being just as honest as a site. So I thought I’d let everyone in on what it has looked like to grow as a business, where we are today, and where we hope to be tomorrow.

First and foremost, Lauren and I were able to pursue TFD full-time initially for two reasons: One, the Green brothers’ foundation gave us a grant at the very end of 2014 that paid for our lawyer’s fees to establish ourselves as a business, and allowed us to rebuild the site as a full-on WordPress where we could start serving ads. And two, both of our partners earn enough money that we knew, even if we weren’t bringing in money on a given month, our bills would still get paid. I also continued to freelance throughout nearly all 2015, which kept my income fairly stable from what it had been the previous year, but now I am not doing any non-TFD work, and my income has dropped significantly, but the bills still get paid. Lauren is in the same position, except that she has not been able to freelance as much. (On the flip side, Marc currently pays about $500 out of pocket each month for TFD-related site fees — we have fancy hosting and really good infrastructure — and that has been helped by my freelancing as well.)

These two things are important to note because they are life-changing, and a luxury not everyone has. It should also be said that Marc was able to run all of our technical side, our ad ops, and do most of our site-building for the first year. He took a month-long sabbatical in summer 2015 to build out a lot of our infrastructure, which again, was hugely lucky on our part and also because he happened to have the technical skill required to build software and web sites.

In fall 2015, for our most recent redesign, Lauren worked closely with our web dev Kevin (who is not a part of TFD, but a beloved friend of the site!), and that was our biggest single expense to date — about $4,500 — but very worth it.

Maya, who works as our Editorial Assistant, came on in summer 2015, as most of you know, and is paid hourly. She works about 20 hours a week for us at about $20/hour (not including campaigns she works on), and supplements the rest of her time and income with freelance work, which ranges from about $100-$200/article. Our goal, of course, is to move her to full-time as we move ahead, but that’s just an issue of growing the site. Currently, Lauren and I use the money we get from programmatic ads (the ones you see in the banners) to pay Maya, and don’t take any of that ourselves. (We work with a few different ad networks who compete with each other and increase the value of the individual ads served, but it’s still a fairly low-yield source of revenue compared to sponsored content.)

Lauren and I, until this point, have never drawn a salary — we pay ourselves when we work with a client for a specific campaign, as well as from our stipend from doing videos, and leave usually at least a third in our coffers. We’ve worked on several projects and campaigns in 2015 that have paid us, but we’re not yet at the point where it’s a full-time income in the way our old jobs were (particularly because we’ve had to pay a lot of administrative and startup costs as we go this year, such as the site redesign, which eats into what we can take out). 2016 is shaping up to be quite different already, especially because we’ve started working with a salesperson who will be managing the accounts where we cannot. It probably goes without saying, but when you’re running the site each day with all that entails, it can be very hard to actively sell.

And again, it’s been hard to take that hit in our incomes, even with our respective partners being able to pick up the slack, but it was always a sacrifice that we were happy to make. We preferred building the site to health rather than pursuing sales more actively, because the site and its content were always our first priority, especially as we were establishing ourselves as a community.

When it comes to contributors, we keep a very small discretionary budget each month to pay for pieces we specifically commission, or to the occasional contributor who writes very frequently for us. Most of our contributions are unpaid, but we make the distinction that we do not solicit them — they are all voluntary — and when a writer pitches us a specific story, we always encourage them to pitch it elsewhere first so that they can get paid (or paid well) for it. It is definitely our biggest goal to get to a place where we can pay each contributor, particularly the ones who are writers or aspiring writers (because many of our contributors are not, and simply write to us for fun), but we are just not there yet.

It’s our priority to be sustainable in our growth, to the biggest extent we can, and to earn our money ourselves instead of asking the community for it. We considered starting something like a Patreon or Kickstarter, but decided that, if it was within our capacity to become profitable ourselves — and we think it is — that we at least owe it to our community to try. We know how hard you work for your money, because we do it, too, and we want to do our best to build this independently, even if that means not being able to pay everyone right away (including ourselves). We want to be transparent about this because we do believe that it is important for everyone to get paid, and respect the publications that make it a priority, but we also know that it is very logistically difficult for a site who just had its one year anniversary as a business.

We made a lot of huge strides last year, and have found a small, humble model of working every day that allows us to grow well and sustainably, and to do the work we love. I personally want to be as open as I can about the luck we’ve had in this business, as well as the limitations we face even with all our good fortune, because starting a website is easy, but turning it into a business is hard. And while I feel very strongly that our next TFD SOTU will be full of awesome news and improvements, I also want to stress how much slow and steady wins the race. Our traffic, social media, revenue, and team have been growing by a very healthy margin each month that might not be the explosive, viral stuff the industry loves to talk about, but which has a real shot at sustainability in the long-term.

In the meantime, thank you guys for constantly being so honest and open with us about your money lives, and we will continue to strive to be just as honest with you guys in return. It’s the least we can do.