What It’s Like When Your Abuser Is Paying Your Bills 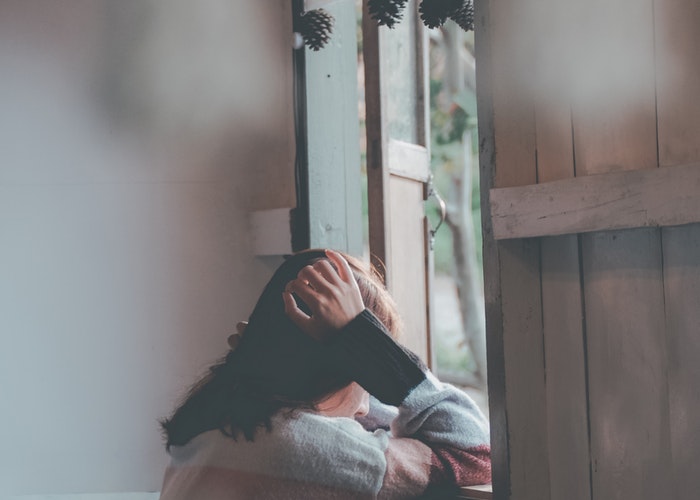 DISCLAIMER: This piece deals with the topic of abuse. Please only continue to read if you feel it is healthy for you to do so.

My bully wasn’t at school. He was home.

When I tell my therapist that he snagged my bra strap and massaged my back when I was eleven years old, she asks if I slapped him at that moment. I say no. I say we all thought that that’s just how he is. She asks me if I told anyone. I reply to her saying that I’m pretty sure everyone had seen it. I then say, “this was one of the tamer things he did.”

Money becomes painful when its function is extended beyond barter – once it is deployed as an emotional maneuver to split families down the middle, money hurts.

My parents are separated, and my father is the breadwinner. My sister chose him when we signed the divorce agreement as witnesses, and it was implicit that I would never leave my mother’s side – even though it translated into forsaking every privilege I had, being tethered to him.

Anyone who walks into my studio flat on campus, knowing that I pay – well, that my father pays — international rates, would not be able to fathom why I cancel boozy trips, or don’t eat out as much anymore, or have to think twice about buying anything. The circuitous relationship of: the loud displays of wealth from my rich father, the bladeless Dyson whirring in my room, a coat rail stacked full of colorful outerwear — none of it is harmonious with the narrative of strangulation I suffered at his hands.

I’ve sat in classrooms wearing expensive boots knowing full well I wouldn’t have access to these resources if it weren’t for my father’s signatures. I still have my beautiful purple Burberry coat and the crossbody Louis Vuitton bag he bought me on two separate occasions from the same shopping mall in Delhi. I have thought of selling everything on Depop or Vestaire or Etsy, only to come to the same disappointing conclusion each time: even though they are construed as symbols of luxury, selling them four or five years later inevitably depreciates their value. To put it into perspective, if I were to sell all the luxury that I have, I would probably be able to afford to live for one month in a Zone 2 studio.

Money isn’t a worry in a rich family (like ours) until it is. My father used luxuries as parenting. He bought me Tom Ford because he knew I like their liquid eyeliner. It was a way to give me what I wanted so he could be perceived as the “good parent,” despite everything that was happening behind the scenes.

That doesn’t matter anymore. My likes and dislikes, achievements, and setbacks: they are neither his problem nor his concern.

First, the phone calls became sparse and monosyllabic. I would ask him about his ticking knee and his blood sugar levels before we talked about money, to appease him and not come off as what he called a ‘“blood-sucking leech.” Next, we started communicating in expense receipts for a couple of months. I would still ask him about his stress, but a lot of it was via text, so I never really bothered reading the subtext. Finally, after our very last phone call in December 2018, I would only email his accountant to have him transfer money.

There isn’t much space for me to talk about what has happened over these past few years, and how two of the four family members who once shared the same roof have come to worry about spending too much on food, clothes, and fuel while the other two are whizzing around in their Mercedes.

I am by no means “broke,” as many college students reassert to mutually find comfort in a lack of money. I spent money when I could, where I could. Once I realized the significance attached to the marked bills I was being handed, I had to pass his vindictive tests: He would sometimes literally dangle dollar notes in front of me and I would fold the notes and put them back in his palm. He managed to seem rejected and pleased at the same time.

I will say this, though: No child brought into this world should have to feel guilty about receiving food, shelter, and clothing, and — if they can afford it — the occasional nice phone. He would often bring this tangent into our many arguments: That he works his life away for us, that we are burdens on him, weighing him down, and killing him. I would always quip with, “I don’t remember signing a consent form to be born into this home,” and that would then become an argument of its own.

I inhabit a world of financial precarity and emotional security. There are fewer and fewer job listings every day, emptier shelves, and supermarkets being raided early in the mornings for toilet paper and flour. I am a student, and I still am surviving on the scraps that my father has deemed fit for me – a punishment for my disobedience. When I say scraps, I mean my former life, which had drivers for cars and cooks for kitchens. At home, where I live now with my mother, our oven is taped shut, and the walls have been ripped of their fixtures.

I do what I can when I am by myself. I freeze multiple portions of food to save money for the next month and sleep more so I smoke less. I don’t buy makeup, partially because there is nowhere to go, but more because I want to preserve as much of it as possible.  I don’t shop online in loneliness and boredom because I know that the dent in my account will keep me from enjoying my new face cream.

My therapist had asked me once, many moons ago – “Did you never think the river would run dry?”

I had simply replied, “He never let me believe it ever would.”