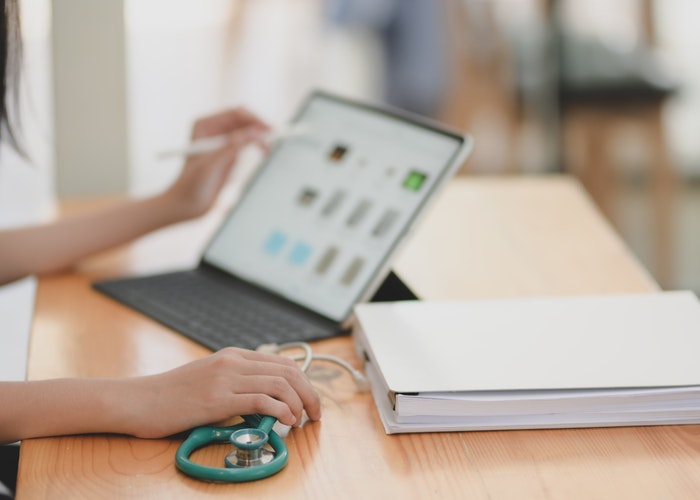 I’m Filipino. I’m also a Registered Nurse. We won’t pretend those identities don’t often intersect because the truth is, the inside of most hospitals in this world would say otherwise. For me, this was never a bad thing – in fact, for me, seeing a lot of Filipino nurses further highlights how caring of a people we are. On most days, I am proud to be both of those things. Lately, however, I’ve struggled with it.

The novel coronavirus – COVID-19 – rocked our world earlier this year, inciting a global pandemic that forced all of us to adapt to this “new normal.” When word of how dangerous COVID-19 can be spread, my social media became flooded with pictures and videos of the markets in Wuhan, nurses and doctors working 40 hours straight treating patients who became sick from COVID, and rows of patients in Italy on ventilators breathing for them. It was all surreal and the magnitude of my personal reality of being a nurse was closing in on me. I knew that eventually, all of this chaos would reach Toronto and I had to join my colleagues on the frontlines of this pandemic. It was an intimidating thought but if I’m being honest, not an unfamiliar one. COVID aside, it is nearly impossible not to expose yourself to highly contagious and possibly life-threatening viruses on a daily basis when you do what we do. When you care for sick people, this becomes a part of our sense of normalcy. It’s just what we do and frankly, it brings us a sense of fulfillment that is second to none.

When this pandemic hit Toronto in March, I did what I normally do on a daily basis but with heightened uncertainty. I focused on my patients while racing to keep up with the new protocols and guidelines that were being enforced on us every day as we uncovered more about COVID. If being a nurse wasn’t stressful already, it definitely is now. I’ve become used to being angry since this pandemic hit. I could write a long list of everything I’ve been frustrated with in relation to COVID, but near the very top of that list is the discrimination I’ve witnessed against Asian people.

I guess I assumed that the rest of the world would evolve, too. But when I hear stories from other Asian people dealing with verbal harassment, it’s become clear that I was wrong.

As a young Asian-Canadian who was born in a third world country but grew up in the Greater Toronto Area, racism is not a new concept to me. Like a lot of immigrant children, I grew up with peers heckling at my “weird lunch” or mocking my parents’ strong accents behind my back when they spoke English. I was young, embarrassed, and wanted nothing more than to blend in. But as I grew up, saw more of the world, and learned more about my culture and my family, I’ve evolved to a place of immense pride for my cultural background. I guess I assumed that the rest of the world would evolve, too. But when I began reading comment after comment across all social media warning everyone to avoid eating Chinese food or ordering anything “Made in China,” or hearing stories from other Asian people dealing with verbal harassment on the streets or at a gas station, it’s become clear that I was wrong.

It is horrific enough to see your country and your people suffer loss after loss due to a virus that is so new a vaccine for it doesn’t even exist yet. It is traumatic enough not to be able to say goodbye to a loved one who has died from COVID for your own protection. But to also be blamed as an entire race, an entire culture, for this disease is racist, ignorant, and backward. The logic escapes me when I read comments on Instagram of people blaming their elderly Asian neighbor for “bringing this virus to Canada.” It infuriates me to hear stories from other Asian colleagues who were verbally abused on the streets on their walks to work.

When you grow up in a country where you’re the minority, there’s a deep-rooted pride embedded about your roots and your culture. I’m certain it’s the same in other minority groups. It’s a shared sense of pride in who we are, where we came from, and how it has influenced who we’ve become.

When you grow up Asian in a country where you’re the minority, there’s a deep-rooted pride embedded about your roots and your culture. There’s an unwavering sense of comradery when you’re around other Asian people – sharing each other’s foods, giving each other suggestions about where to travel to in our respective countries, and teaching each other little phrases in our own languages. I’m certain it’s the same in other minority groups. It’s a shared sense of pride in who we are, where we came from, and how it has influenced who we’ve become. So the pain of one Asian person being blamed for this pandemic ignites in all of us a shared sense of shame and guilt. We find ourselves struggling to hold in a sneeze that came on due to some dust on the subway because God forbid, should this person six feet from me see an Asian person sneeze in public. You struggle to explain to people that you don’t “eat bats” when the videos being circulated on social media suggests that you do.

But if you happen to work in healthcare, suddenly you’re celebrated! You’re “essential” now! For a split second, you’re no longer part of the problem by society’s standards but now you’re a key part of the solution! The same people who point their fingers at you and your people as the “cause of this virus” also share messages of gratitude towards you and the work that you do. And what do you do with that feeling? Do you thank them for uplifting you? Do you call them out on their racism? Or do you just keep your head down and keep doing what you do?

It drains you, all of it.

Being a nurse in this pandemic means all the same things it normally does: We work together for the best health outcomes for our patients. But nowadays, this also means holding an iPad for 45 minutes to connect our patient with their loved one who isn’t allowed to visit their mom/dad/wife/husband in the ICU. Or it means being the only hand that person holds when they’re stuck isolated in a room for weeks as they fight for their life. It can also mean fighting the immense urge to instantly rush into a room to help a crashing patient because it is imperative that you take the 10 minutes to put on the proper protective gear first to keep yourself safe (yes – putting your own safety first is a concept many of us on the frontlines are all struggling to accept). Being a nurse right now also means coming home, cautiously, because you are so afraid to expose your loved ones to the same level of risk you face just by doing your job.

It drains you, all of it. It’s an odd feeling, this disconnect: being ostracized and blamed for something that is beyond your control and at the same time, being praised as a “hero” for fighting this thing that is beyond your control. I can’t say the stressors that come with being part of a group discriminated against are mitigated by being part of another group that’s being celebrated. It confuses me. I don’t know how all of this will unfold for any of us. I don’t know if things will get better or worse. But I can say that I hope to see more of us embracing a little more compassion and humanity – we need it now more than ever.

Stiffra Armamento is a registered nurse in Toronto who spends her off-days planning her next adventure and running after her next set of goals. She’s at her happiest when she’s surrounded by dogs, laughing with friends and family, and/or sipping an iced coffee. You can follow her Instagram for more of her daily musings.