What “Mental Load” Is, & How It Impacts The Ways We Do Money 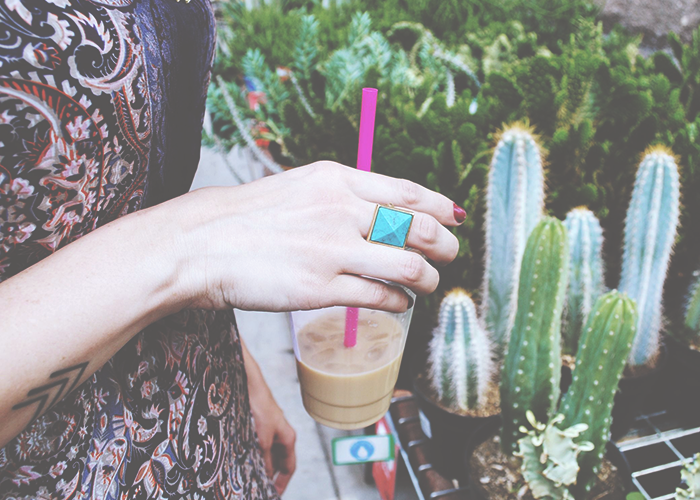 Relationship equality is certainly in a better place today than it was 50 years ago; more men are picking up their share of traditionally “feminine” household duties and child-rearing responsibilities. Of course, every couple is different and can agree to split up everyday tasks in whatever ratio works for them, but it is becoming increasingly normal for couples to split the work 50/50. But how often does this expectation manifest into reality?

A coworker of mine recently vented to me about how long it takes her S.O. to finish any project that he starts, usually due to disorganization and insufficient planning ahead of time. Last year they decided to build a screened-in deck for their family to grill on and enjoy on balmy summer nights. Since he had a few days off between jobs at the time, they agreed he would take on the building responsibility. Sounds like a great deal, right? He does all the construction, and all she has to worry about is how she’s going to keep the kids from putting holes in the new screen.

Well, shockingly, that didn’t pan out quite as seamlessly as she was anticipating. In the middle of the workday, she gets a call from her S.O. about how he ran out of wood for the deck, and instead of going out and buying the wood himself, she has to meticulously relay to him the number of the supply store, the type of wood, and how much to order. The next day, she ends up making the call herself because he still hasn’t done it.

It’s almost a year later, and the deck still isn’t built. When he originally agreed to take on the project, he forgot to factor in the “mental load” required to actually get it done. Since he’s used to having her manage the details in other aspects of their relationship (i.e. chores, kids, events, vacations), he assumed he would rely on her to do the same for the deck project. But because she’s busy managing all of those other tasks, she simply didn’t have time to take on another one and thus the desk remains unfinished.

What is “mental load”?

Essentially, it’s the thinking aspect that goes into getting chores, projects, and other household duties done. It’s the behind the scenes management that has to happen first before the actual task can be completed. It’s the coordination behind the who, what, when, where, and how, and it’s the burden that still falls primarily on the female head of household.

So, because my coworker’s S.O. wasn’t taking on his mental load responsibility for the deck building, the call wasn’t made to order the wood, the tools weren’t organized, and his time wasn’t managed effectively to get the deck built in the time he had off work to finish the project.

I’ve noticed similar patterns in complaints from various women in my life. More often than not it is women who have been unofficially deemed the sole managers of everything from making doctor’s appointments for kids, to planning what to pack for a vacation, to picking up groceries for the weekend cookout.

There’s a reason why Manager is a full-time job title: because a majority of the effort behind completing a task goes into planning. This comic published on The Guardian perfectly illustrates how much of an impact mental load has on our daily lives and relationships. I first read it a year ago, and have since shared it with numerous other women who express how accurately it portrays their own relationship frustrations. Relationships are equal partnerships, and women are under no obligation to fill the role of mom, secretary, or banker. If you relate, then have a conversation with your partner about mental load and how you can work together to rebalance the responsibility. Awareness of the issue is the first step to a healthier relationship.

How does mental load relate to shared finances?

Mental load can affect every aspect of our relationships, especially finances, and anyone who has spearheaded taking control of their own finances knows that financial security takes A LOT of planning. It can be incredibly rewarding and even enjoyable to have a good hold on your money situation, but it can also be exhausting to sustain mental grasp on accounts, investing, retirement, savings, credit cards, etc., etc., etc., especially if you’re just starting out. Times that difficulty factor by 100 if you’re in a relationship, and another 200 for each additional kid you have.

That’s why it’s so important for both partners to share the mental load of their finances. Although it might be daunting to tackle all those complicated aspects of personal finance, you both need to be on the same page with how you handle money and where it’s going. If you feel like the financial management is unbalanced in your relationship, have a conversation with your partner about your financial goals and what you are both going to do to help achieve them. Maybe you set aside an hour each week specifically dedicated to organizing your budgets and accounts, or maybe you agree to set up an appointment with a financial planner together.

I recently brought up the concept of mental load with my sister, and she had an anecdote from her own relationship where she was unfairly controlling more than her share:

Chris and I had been in LA for six months at this point. He’s pulling in about 90% of our household income, and I’m feeling somewhat inadequate and looking for ways to not feel like a burden. I decide my contribution will be to get us set up with a budget system and to take primary responsibility for managing it. Chris works hard to make the money, I handle the headache of organizing it. That seems fair.

All he had to do was track his purchases in the app, and I would take care reconciling bank statements, allocating money to each spending category, and moving money between those categories as needed. It wasn’t long before Chris accused me of padding my favorite category (clothes and shoes) and not enough to his favorite category (eating out). We were living within our means, but because I didn’t include him in the details, he felt cheated and out of control.

I thought I was doing him a favor by taking on the “mental load”, but by putting him in the backseat of the budget-mobile, we were quickly approaching “I make all the money and you just piss it away” territory.

So! He took the time to learn the features of the budget app, and now we do it all together.  Our bi-monthly budget meetings are a little longer, but it’s worth it to always be on the same page about how much money is in each spending category and why.

However you decide to approach shared money management, it’s important that both partners are involved in both the initial decision-making AND the continual maintenance that finances require. Even if you agree to handle a larger portion of the fiscal responsibility, your partner still needs to have input and an awareness of how things work. If something happens to you, would they know how to access accounts, pay bills, or track purchases?

Money is one of the biggest sources of contention among couples. Whether you’re in a situation where you do all the Mint budgeting and account monitoring, or whether you leave financial responsibilities up to your S.O., there will almost certainly be a point where the imbalanced mental load causes problems or resentment.

Laying bare your salary, spending habits, debts, and potentially admitting that you have no idea how to handle money puts you in a vulnerable spot. Our society closely ties money to personal worth, so what happens if you tell your partner everything and they think you’re not worth enough, smart enough, or good enough? It may seem easier to turn a blind eye to these topics and continue living as you always have, but it’s going to benefit your relationship in the long run if tackle these difficult issues together.

A lot of the anxiety surrounding money management stems from fear of the unknown. Although it can be an uncomfortable topic, once you start opening up those communication avenues with your partner, things will start to fall in place and not seem so daunting. As Samwise Gamgee so eloquently puts in LOTR, “Share the load.”

Kara is a working 20 something from Maryland who is trying to figure out her next career step. She enjoys personal finance, container gardening, traveling anywhere and everywhere, and trying out new hobbies every six months or so. Her dream is to one day own her own business, but has yet to come up with any good ideas.