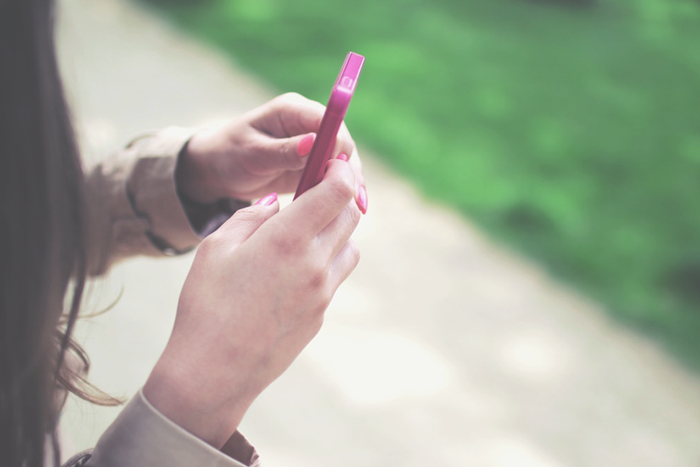 You already know me. I’m the girl who always raised her hand in class and then proceeded to do the little wave-dance for attention because I really knew the answer. I’m the girl who got in trouble for reading in class because I already knew the material and later on got into trouble for writing during class, because my prepubescent novel in progress wasn’t a good use of class time. I was always the group leader, and I did all the extra work nobody else wanted to do because I had to be the best. I was the one that made your group do a full movie in French for the class project and then present first because I needed to set the bar as high as I possibly could.

I was raised to be hardworking and competitive. In fact, my father’s life motto is this: If you want to be the best, you have to work harder than everyone else. Because of this, I’ve always known what I wanted out of life, and I’ve always planned appropriately. My entire life has been outlined and every time something has gone awry, a longtime boyfriend left me, or my major in college changed, I’ve adjusted the life plan accordingly. I’m 24 now, and the plan I once so meticulously crafted and followed has most certainly been shot to hell.

I still know what I want; it’s to be a writer. Writing has always been something that I not only love to do, but am also very good at. The problem for me has been finding writing jobs. In college, I was still playing with things and spent two years in a conservatory acting program while also studying PR, and I ultimately graduated with a degree in Public Relations. I wasn’t the college student who networked and spent her time with multiple promising internships because PR was the backup plan for writing. Writing was going to work out, it had to.

I got a job working in a public school district a few months after graduating and the looming student loan debt combined with the decent salary they were offering me were too much to turn down. I spent the next two years as the Administrative Assistant to the Director of Curriculum at a school.

During those two years I learned a lot of things and had the opportunity to revamp the school district and bring it into the 21st century. I did PR work on conferences that my boss wanted to host, I shifted everything to the computer in order to streamline the office and, most importantly, I wrote. I wrote all the website content, every recommendation letter, and I created guides for the workshops I taught to the staff in order to help everyone become more comfortable with computers.

Over those two years though I endured far more stress than I could have ever imagined. Being the youngest person in an office of women who’d held their jobs for decades led to a consistent stream of office gossip about me. My colleagues spent their free time peaking around to see my computer and whispering about how I was using down time in the office to write. At first I just ignored it, but as the days went on the constant gossiping began to wear me down. I’m not afraid to say that there were days when I cried in my car.

July 2015 was the beginning of year three and I finally made the decision to leave. My boss was wonderful about it and offered a great recommendation for me. This was the first time in my life that I was able to make a huge life-changing decision without planning it out in too much detail. I had no other jobs lined up, no internships on the back burner, and no idea where I was going to go next.

Right now, I’m two months into my self-imposed unemployment and living off my savings. Paying rent feels like a lot more without that monthly income coming in to offset the cost. I’m alright, but depleting my savings is not something I want to do for long. I know that rebuilding my savings to where they were is essential, and even if I take time to figure out what I want to do, I can’t let that reserve get too low. I know I’m very financially responsible, pretty talented and hardworking, but it’s difficult not to know what will happen next in regards to my career. For the first time in my life, I’m all out of plans.

Sure, I’m still writing often. My book is finished and in the editing stages, but there’s no guarantee that it will sell or do well. I want to write, but all the writing jobs want more experience than I have, which leaves me in an ocean of uncertainty as to the best way I can productively move forward. Sometimes I think, “would I go back and change my choice?” I know the answer is no — I’m infinitely more happier and healthier since I’ve left there, and that is important.

I feel like a failure though. I was the girl with the goals that most always got achieved and had a constant plan. Not knowing what’s next is exciting and liberating, but mostly terrifying. My boyfriend emotionally supports my decision, but my family doesn’t know. I don’t have the heart to tell them that I’m not the super success they thought I was.

The most important lesson I’ve learned throughout this whole process is to trust yourself. I’m not sure what the future holds, but I know that taking the risk can lead to so much more and is way better than remaining stagnant and unhappy. You can’t have it all together all the time and that’s ok because there are other always-have-it-together girls out there who are sitting in uncertainty (like me). But, I’m confident that we’re going to rebound just fine.

Elizabeth Ashley is an East Coast writer and PR professional who is spending unemployment finishing her first novel, freelance writing, and trying to go pro with League of Legends.