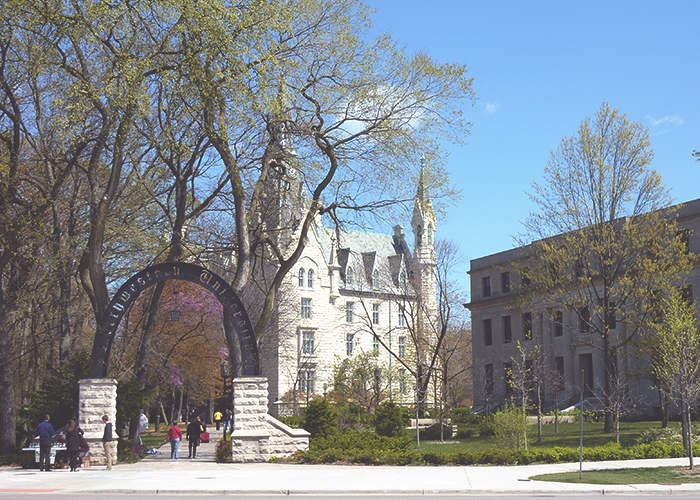 Awhile back, I stumbled upon this write-up on Student Loan Hero, and I was reminded of how little I knew about each 2016 presidential candidate’s stance on education and student loan reform. Sure, I was aware of the momentum the concept of “no-debt college” was building on the campaign trail, but I knew very little of the granular details of each candidate’s vision for student loan reform. I knew I could do better than having a flimsy excuse of an understanding of an issue as important as this. In 2016, it’s essential that I cast my vote with full knowledge of how each presidential candidate will tackle the issues I care about. The idea of being someone who simply regurgitated a few high-level facts about why I liked X candidate was not enough.

After I spent time poking around websites and reading through articles that contextualized the jargon found on so many news outlets, I was able to see the big picture. It became clear that some candidates, like Clinton and Sanders, have a much more robust and detailed plan surrounding the issue of higher education. Other candidates, like the Republican frontrunner Donal Trump, have little to say on the matter and virtually no concrete plan of action.

Individuals my age are part of a generation who will be defined by their student loan debt over the next several decades. TFD has written extensively on this topic, and we’ve aggregated stories from a number of perspectives. It’s our duty to inform ourselves and select a candidate who will help us navigate the financial reality that will define most of our lives.

Below, I’ve laid out points and facts about candidates from each party. The bullet points that follow are not opinion based — they’ve been pulled from reputable sources and the candidate’s own websites, PDFs, and agendas. This guide is NOT comprehensive (surprise, I’m not a political writer!) However, it’s a good place to start if you want to grasp a deeper understanding of what your vote will mean. Check it out!

*These are the three leading candidates in the Democratic primary based on aggregated polling data from RealClearPolitics as of December 2015.

Wants in-state education to be more affordable. She vows to implement something called the New College Compact. Here are some points you need to know in order to understand what she intends to do:

Sanders says, “It’s time to make college tuition free and debt free.” Sanders has laid out a number of clear objectives when it comes to student loan reform. He wants to implement something called the College for All Act. Some details of his plan include:

Essentially, Sanders is looking to take money from Wall Street and put it back into education to help fund his tuition-free college plan.

O’Malley says he wants to, “Set, as a national goal, that all students have access to a high-quality, debt-free college education within five years, attainable at any in-state public college or university.” You can read his clearly laid out policy in its entirety here. Some of his points include:

*These are the five leading candidates in the Republican primary based on aggregated polling data from RealClearPolitics as of December 2015.

The Republican frontrunner  has publicly criticized federal profit from student loans, an issue he has called one of the “only profit centers” in government, but has yet to provide a concrete solution to the issue.

Even though Ted Cruz is vocal about having  $100,000 in school loans here he says “loans I suspect a lot of y’all can relate to, loans that I’ll point out I just paid off a few years ago,” he doesn’t seem to have a concrete plan to help ease the burden for future generations. In fact, Market Watch reports, “Cruz was one of many Senate Republicans who voted last year to block a bill that would have allowed more than 25 million Americans to refinance their student loans at lower interest rates. Republicans opposed the bill, called the Bank on Students Emergency Loan Refinancing Act, because its Democratic backers proposed using a boost in taxes on the wealthiest Americans to cover the cost of allowing millions to refinance their loans, political blog The Hill reported at the time.”

Rubio is familiar with student debt — he borrowed, and paid off, $150,000 in student loans. After reading through his website, it’s clear that Rubio stresses the importance of understanding how hard your degree will work for you in terms of salary. Rubio’s website states that he, “authored and championed the ‘Student Right to Know Before You Go Act,’ which aims to give students reliable data on how much they can expect to make versus how much they can expect to owe.”

Forbes online writes, “Recently, Rubio introduced three student loan bills in the Senate, focused on reforming repayments based on the borrower’s income, supporting private financing options to pay for tuition and fees, and allowing students to know the key statistics of their education provider, such as the average graduation rates and the average student loan debt of graduates.” Additionally, Rubio stated that up to $57,500 in student loans would be eligible for forgiveness after 20 years. Loan balances exceeding that number would be forgiven after 30 years.

Inside Higher Ed reports, “Carson said that public universities should have to pay the interest on student loans, leaving students responsible only for the principal. He said this would motivate colleges to keep tuition rates low and was a better approach to Senator Bernie Sanders’s plan to increase taxes and pay for free public higher education. “The answer is not to create more debt or create income redistribution,” Carson said. “We should ask why college tuition is advancing so rapidly and get to the root of the problem.”

Christie has firmly come out against free college tuition and the “debt-free” college experience. According to this article, Adam S. Minsky, Esq. writes: “For current borrowers, he proposes additional tax credits and community service options to help borrowers repay their student loans (it’s unclear what that would translate to in terms of numbers). Christie has also come out firmly against free college education, and his positions on loan repayment, loan forgiveness, and loan refinancing are all unclear.”

Some of the points pulled from the governor’s 15-Point Education Reform Agenda are as follows:

In closing, writer Stephen Dash author of Where They Stand: Republican Presidential Candidates On Students closes out his write up, saying: “In contrast to the Democratic presidential candidates, the field of Republican candidates largely refute the idea of the government financially supporting public colleges and universities via new taxes or fees.” When voting in the next election, it’s important to understand the vision of each candidate and how they will tackle the issues at large. Student Loan Hero writes, “As a student loan borrower, you should keep tabs on what candidates are proposing so you can understand how future legislation will affect you and your debt.”