What The Florida Project Got Right, & Where It Missed The Mark 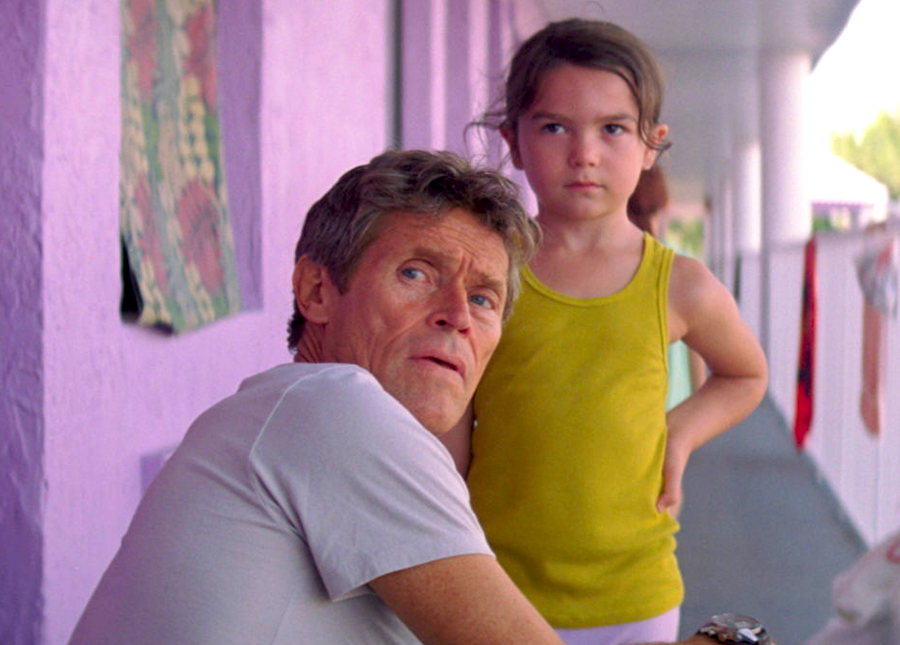 I was born, raised, and have spent about half of my adult life in Kissimmee, Florida, less than ten miles from where The Florida Project was filmed. If you haven’t seen the movie (streaming free for Prime members on Amazon, $4.99 to rent on iTunes and Google Play), here’s a brief synopsis: a few thousand people, mostly hospitality workers, pay weekly rates to live with their families in motels along Highway 192 in Kissimmee, under the metaphorical shadows of Cinderella’s grand castle at Walt Disney World Resort. In The Florida Project, filmmaker Sean Baker tells a fictional-but-realistic story of Moonee (Brooklynn Prince), a six-year-old on summer break from school, living in the Magic Castle Inn and Suites with her mother, Halley (Bria Vinaite), a couple of ragtag motel-neighbor kids, and a caring hotel manager, Bobby (Willem Dafoe).

First, I should say that I have no disharmony with Baker for creating the film. It’s clear that his intentions were pure towards all involved (save for Disney, maybe, but I’ll get to that later). Baker is quoted in multiple interviews saying that he wanted the film to feel real, and to have a true impact on a real-world problem. He involved organizations who are working towards a solution. He hired motel-dwellers as paid extras. He worked hard to tell a modern-day tale of homelessness in America. And he nailed it.

The motel, the Magic Castle Inn and Suites, is a real place and was operational while the movie was being filmed. The owner read and approved the Magic Castle’s depiction in the script before agreeing to work with Baker. The film crew used empty rooms as both sets and cast “trailers.”

Certain aspects of the film are realistic, while others are much less so, or at least an exaggerated version of reality. Halley, with her criminal activity such as stealing from tourists, is a more extreme version of the families who live in these circumstances — a point that I think is obvious. Crime (or criminal history) obviously can be a factor, but most of these folks work multiple service industry gigs to make ends meet. They’re trying to fly under the radar and keep their kids out of trouble, more like characters Ashley and Grandma Stacy. Bobby is portrayed as a caretaker of both the property and the humans who inhabit it. While many motel managers surely get to know their regular customers, he was a little too soft to be realistic. Unsupervised six-year-olds like Moonee are not a common sight along 192, and the children who live in these circumstances know better than to terrorize the lobby and office, no matter how well they think they get along with the manager(s) of the property.

Baker filmed the ending in Disney’s Magic Kingdom on an iPhone with a small crew, and without Disney’s permission. It’s not meant to place blame on Disney; instead, the movie’s ending highlights the stark dichotomy of homelessness so close to the self-proclaimed “happiest place on Earth.” But this type of homelessness isn’t just happening in Kissimmee, Florida and Anaheim, California. Moonee and Halley are representative of the “hidden homeless” in America – individuals and families who are too poor to afford permanent, stable housing, but who manage to avoid sleeping in the streets. They’re sofa surfers and motel dwellers, and while it’s difficult to officially determine just how many people live this way, it’s not hard to imagine how it happened.

First, they were priced out of their living situation or evicted. Maybe they lost their job, decided to leave a domestic abuser, or had to choose between paying medical bills or rent. So they spent a few months with family or friends, overstaying their welcome. Maybe they slept a few nights in their car. They can’t secure new housing, because they can’t afford the deposits, or prove an adequate, steady income, or maybe they have an eviction on their record. If they can find a shelter nearby, it’s too temporary or too full. So they scrape together any money they can find and rent a room for a nightly or weekly rate at one of the cheapest motels in town. And until something in their life miraculously improves, they’re stuck living paycheck-to-paycheck, cooking meals on a portable stove in a motel room.

So what’s the solution? Research backs a relatively recent innovation in social services policy called Housing First. A Housing First approach means that a homeless individual or family’s primary need is to obtain permanent, affordable housing, and then supportive services are provided to ensure that they are able to keep their housing and avoid returning to homelessness. In other words, the solution is to give people a place they can call home for the long term, and subsidize/pay their rent for a few months while a case manager works with them on employment, insurance, childcare, etc.

Communities are hesitant to embrace a Housing First policy, because it’s so different from the customary approach of using shelters and transitional housing to address homelessness. It’s also complicated and expensive (though evidence shows long-term cost savings). In Kissimmee, for example, one of the biggest roadblocks has been identifying landlords and property managers who are willing to throw out their traditional lease agreements and background checks in favor of Housing First lease agreements, even though mitigations are in place to virtually eliminate risk for those property owners/managers.

The most striking thing about The Florida Project, in my opinion, is how joyful it is, despite being a heartbreaking story. Sure, the cinematography was stunning and the scenes were bright and colorful, but more significantly, I was struck by the vibrancy of the characters, who were, for the most part, trying to do their best and live full, enjoyable lives. Baker’s storytelling has always been about humanizing forgotten souls, and this film is no exception. And just as humanizing stories like this one create empathy, it should come as no surprise that treating those who experience homelessness with dignity and respect (in a model like Housing First) is what gives those people the hope and motivation necessary to improve their outcomes.

Lindsey Lupfer is a freelance web developer and digital marketer living in Asheville, North Carolina. She is a former board member of the Community Hope Center of Osceola County, an organization working to end homelessness on 192 in Kissimmee, Florida. You can find her on Twitter and Instagram.