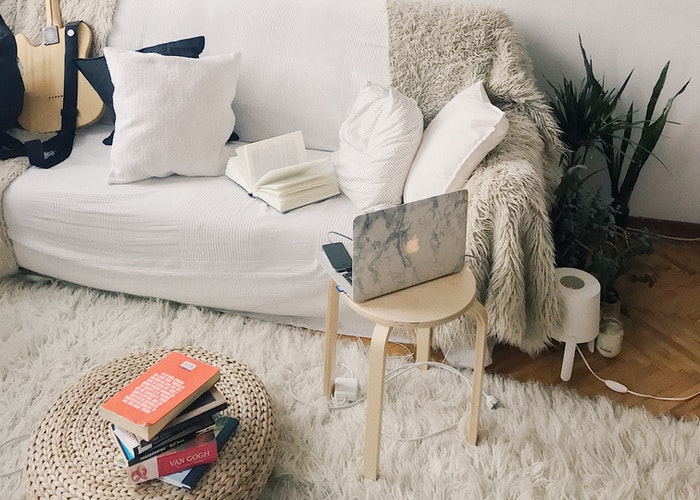 Although the country has started to open back up, that doesn’t erase the fact that we’re still in the middle of a global pandemic. In fact, COVID-19 numbers have spiked in the last few weeks. In a June 22 report from The Washington Post, we learned that “twenty-nine states and U.S. territories showed an increase in  their seven-day average of new reported cases on Monday, with nine states reporting record average highs.”

To make matters worse, COVID-19 relief (like the extra $600 you may have been receiving on unemployment, as well as eviction bans) are set to end by July 31. According to Goldman Sachs, per USA Today, research shows that some government programs may continue, but they “likely won’t be as generous.” In any case, we’re basically left in the dark as the Supreme Court figures out how to deal with an economy that’s continuing to get pulverized. With millions of us still out of work (the unemployment rate was still at 13.3 percent in May, and it’s only expected to go down to 10 percent by the end of the year), there’s country-wide panic about how we can possibly pay rent (on top of bills and groceries) with the standard UI allowance (which is, on average, $370 per week).

The bad news is that things are super up in the air right now and there are no definitive answers. The positive(ish) news is that we do have some resources that can at the very least point us in the right direction if we’re looking for rent relief next month (and beyond). Here’s what you need to know if you’re in that camp.

The CARES Act, which was passed in March, temporarily made it so that you can’t be evicted or receive late fees until July 25. Some states have slightly extended that date. In California, they pushed the date by a few days (July 28). The CARES Act also mandates a 30-day notice before you’re evicted from the property. That means your landlord can only force you to leave at August 24 (in many cases). These dates may or may not be final, however. According Cnet, the House of Representatives is “pushing to extend these protections by another eight months,” but apparently the Senate and White House are against this.

But! And there’s a big but: If you’re renting your apartment from someone who owns the building and isn’t receiving government assistance themselves, they have the right to evict you before July 25.

2. There are online tools you can use.

If you think you’re unable to pay rent at the end of July, visit DoNotPay.com, which is an online legal chatbot messenger service that’s recently added COVID-10 resources for users. It’ll help you figure out which laws around rent and evictions apply to you based on the state and city in which you live. According to Cnet, DoNotPay will also “draft and send a letter to your landlord on your behalf asking for either deferred payments or waive late fees.” While it most likely won’t be able to extend rent relief or deferral, it’ll at least let you know where you legally stand and what rights you have as a tenant.

Similarly, 211.org is a nonprofit that’ll connect you to a person who can provide you with assistance, whether you need it for paying your rent or your groceries. They’ll review your situation and point you in the right direction. JustShelter.org is another nonprofit that will connect you with your local organizations that specifically help with emergency housing if you are evicted and have no other options.

For legal assistance, try Nolo.com, which will give you a list of states that haven’t mandated bans on evictions. Again, these resources may not actually stop your landlord from evicting you, but you’re at least equipped with the information you need to protect yourself and plan ahead.

Through Modest Needs, you can fill out a grant application if you qualify as low-income. Modest Needs will post your profile on their site, allowing others to donate to your cause. It’s similar to Go Fund Me, but it’s designed specifically for people who are at risk permanently losing their homes.

4. Talk to your landlord.

If you know that you won’t be able to pay rent, try talking to your landlord, if you haven’t already. You might be able to work out some kind of agreement that could entail paying part of your agreed-upon rent (and pay the difference either at a later date or dispersed throughout the year, so you don’t end up owing a large sum all at once). Make sure to get this all in writing, in a contract that both you and your landlord sign.