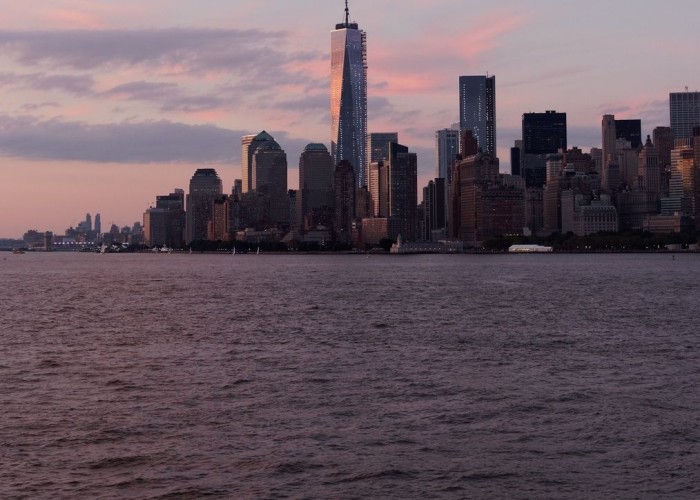 Like many of my peers, I stumbled out of college with a bachelor’s degree in English, and absolutely no idea how to use it to get a job. I was doe-eyed, naïve (still am) and, at times, I felt like I was plopped onto a stage while completely naked, facing 2,000 strangers. I was once again a small tadpole in the biggest pond I had ever been in, and I had no clue how to make any kind of ripple that might get bigger fish to notice me. On the job front, I was completely lost. I had no clue what I could or couldn’t do, and even more, I had no idea what I really wanted to do. For me, this marked the beginning of a war with myself: I was torn between wanting to get a job relevant to what I enjoyed and wanted to start my career in, and sucking it up to just make a decent income.

Fast forward a few months, and I finally found an internship at a PR firm, which was a *HUGE* relief. Initially, I found that it was work I enjoyed, but as time went on, I found that the environment I’d entered was filled with negativity and drama, which was there long before I came onboard. I had very limited responsibilities and was somehow being micromanaged at every turn, as were my other, more-seasoned colleagues.

Was I grateful for this opportunity? Absolutely.

Did I want to start my career with a dead-end job? Hell no.

Despite my misgivings, I allowed my PR firm trajectory to unfold. My internship turned into a job, and while I wished I’d started my career elsewhere, I knew how much I needed my income and decided to bite the bullet until I found a new opportunity.

I’ve always wanted to eventually run my own business, and I have a strong desire to work my way up. The idea of being a key player in a business excites me. So, in the midst of my drama-filled job, I started to read about people in similar positions to my own, who had done something about their less-than-desirable work situations. Just because my first job was a dead end, didn’t mean I couldn’t still begin building my writing skills (and others skills) on my own time. It also dawned on me that I wasn’t alone in this. There were thousands of recent graduates who were in the same boat as I was. I’m not the only one who went to college because I was told it would give me a secure future, only to come out to minimal jobs and maximum disappointment. Though I felt useless and stuck, more than anything, I wanted to do something to change my situation.

The main thing that helped me release my feelings of panic and anxiety was recognizing that I had no control over the outside world. The only thing I have control over is my actions, and the rest is up to chance, opportunity and timing. Giving the job search my all — while plugging away at my PR job — was the best I could do.

I didn’t have the option of falling back on my parents financially, so I was bound to my job for financial reasons. But in my spare time, I often looked at Indeed and CareerBuilder to search for other jobs. I know many unsure graduates like me who picked up retail work after graduation at places like Starbucks or Costco because of their great benefits. If you have a skill that you feel is marketable, look at the freelance market for your skill. While freelance work is by no means guaranteed, there are sites (such as elance.com) that can help you get work, which you can then add to your resumé or portfolio. As of now, I want to be taking every opportunity I can to independently build my name and income.

Sometimes I wish that I hadn’t graduated into such a shaky job market, but I cannot change those circumstances, and it’s honestly taught me so much more than I expected. When I realized the job I’d finally landed wasn’t close to what I wanted, I was so dejected. But as time passed, I realized that I didn’t have to cling to a job I hated because it’s what I thought was expected of me. I wasted a lot of time being jealous of those with amazing connections and my peers that still have their parents funding them, but that’s not my life. And I didn’t write this for those people, I wrote it for others in a similar bind to the one I was in. Because trying to jump-start your career (with no help — financial or otherwise) is hard, and I am still trying to navigate the job market.

I ended up leaving my PR job, and I actually just moved to Florida. While this means that I am not completely sure what is next, I didn’t decide to leave my job or move out of the blue. I tried to be as realistic as I could. I saved up a good amount of money to cover my move, my rent, and furniture costs. I gave my boss two months of notice and aggressively saved for those eight weeks so I could support myself while looking for jobs in Tampa.

I think the moral of the story is: if you find yourself in a dead-end job and can’t afford to leave, your first step should be to plan, plan, plan. Planning things out, and pushing myself to keep working at a job I hated to save money, enabled me to finally leave and move away. Seeing this all happen in 2015 really confirmed that things will work out if you work hard enough and stop expecting instant gratification. Leaving my job took time, and there are definitely still some open-ended questions in my life that I need to diligent about answering. But for now, at least I know I’m moving in the right direction.

K.L. is just starting what is hopefully a life-long love affair with writing professionally. When she is not hunched over her laptop writing, she likes to run, hike, and play with adorable puppies.