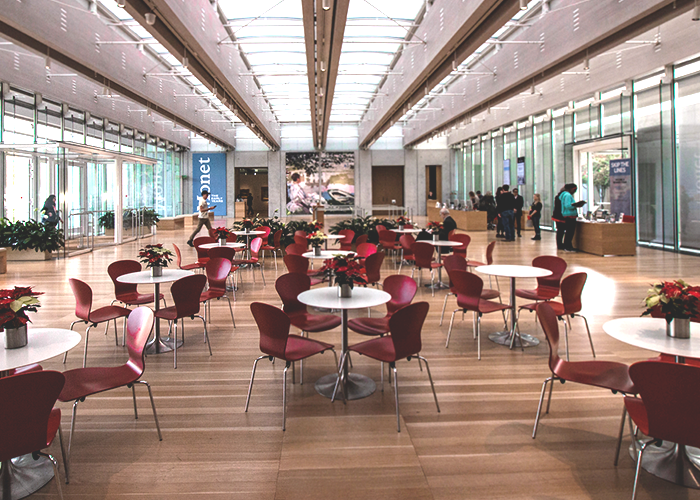 One of the shittiest questions to be asked in a job interview is arguably also one of the most important considerations when looking for a new job: “What are your salary requirements?”

It’s shitty because, even if you’re prepared, the question can immediately throw you into a state of self-doubt and nervous confusion, where you risk shooting your potential earnings in the foot. You don’t want to blurt out a number too high and risk them writing you off as an entitled, money-grubbing Millennial with an overinflated sense of self-worth. But you don’t want to lowball them, either, lest they see you as a bargain hire and take you on for a fraction of what they’d planned to pay.

Just as moving regularly from one company to another can cause dramatic jumps in your salary, getting the salary negotiation right at the start could mean the difference between dining on cold cereal three nights a week to make ends meet and having enough money for a plane ticket home at Christmas. True fact: it would be so much easier if potential employers would just make you an offer consistent with what the work and responsibilities are worth to them. Then, you would have a basis on which to negotiate. But they don’t, because they don’t have to. In a hiring situation, the company has the majority of the knowledge and negotiating power up to a certain point, which is why they have zero qualms about putting you in this precarious position.

So they do things like ask about your previous salary, a question that, whether intentionally or not, perpetuates the systematic disenfranchisement of women, people of color, and those living in poverty. Because if you’re underpaid at your first job, and what you’re paid at your second job is based on that first salary, and the same goes for the next job and the next…then at what point do you dig yourself out of that hole of inadequate and unfair compensation? It’s such an obvious ethical violation that Massachusetts has made it illegal for companies to ask about your previous salary during a job interview.

Or, they ask about your “salary requirements,” a fancy way of saying, “We want to know how little you’re willing to work for so we can offer you the bare minimum of compensation, even though we may or may not be able to afford to pay you much, much more. Sucker.” While more elegant than asking about your earnings history, it’s still a dick move, and still puts the onus on you, the applicant, to determine the worth of your work.

On our blog, we’ve talked before about great ways to increase your salary, but how do you handle yourself when the topic comes up in an interview? Here are some nice options not for dodging, but redirecting the question to your advantage. 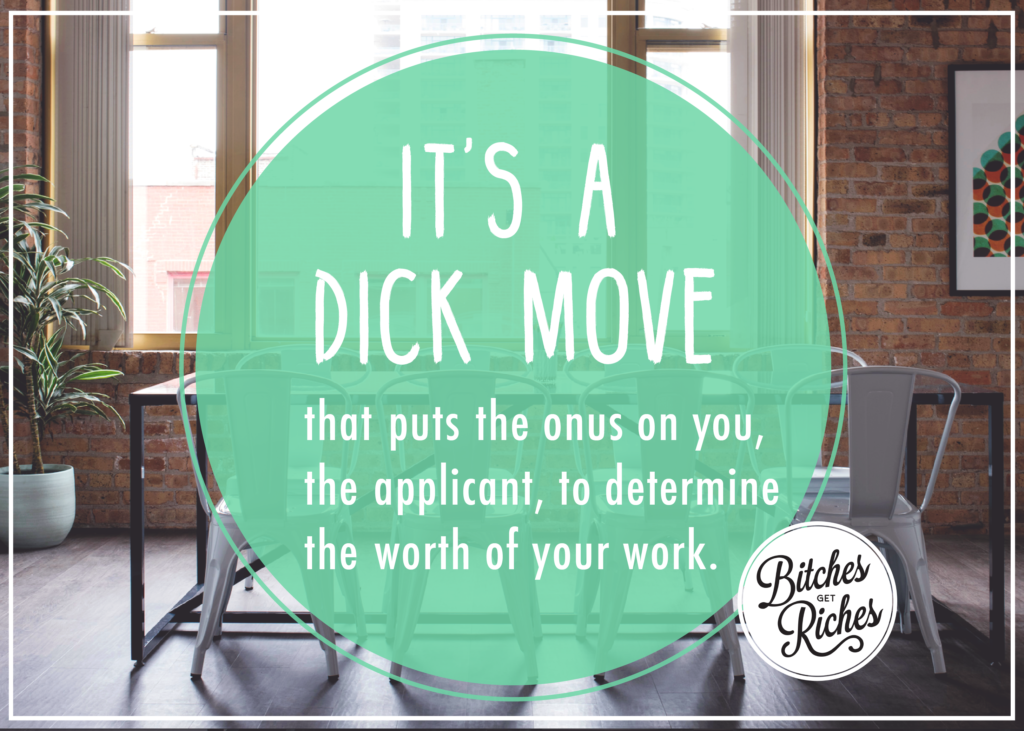 When asked for your “salary requirements”

Try this response as a way to tell them that you know their game and are not to be trifled with:

“I’d prefer to talk about what skills I can bring to the organization instead, but I’ll be happy to give you a number if you first provide me with the range you’re offering.” This at least gives you a ballpark to work within, so you don’t risk either undercutting yourself or giving them sticker shock. Plus, it’s a wonderful way to respectfully — if not directly — indicate that you’re aware of the power imbalance of salary negotiations, and you would appreciate it if they would take you seriously like the badass motherfucker you are and quit fucking around.

When asked for your “current salary”

You could remind them that:

“It’s actually illegal for hiring managers to ask that question in some states.” Then, wait for them to either retract or reframe the question, or ask about the law. You can make it a teaching moment. Or, if you don’t want to be quite so on-the-nose:

“My salary is about average for a person of my experience level in this industry.” They know what that average salary is. And now they also know that you are not to be taken for a bargain bin price.

And this should really go without saying, but…do your homework. You, too, should know about the average salaries for your industry, so that you won’t be blindsided by this information. For just as you can hit your potential employer with “my salary is average for the industry,” so they can strike back with “we’re offering a salary commensurate with the industry average.” And if you haven’t done your research, that tells you exactly…nothing.

Knowledge is power, as they say. And the whole reason the salary question is so awkward in job interviews is because you don’t have all the information. If you only knew their budget and the range they’re prepared to spend on you, then you could tailor your answer accordingly (or not bother applying, if you find out their maximum offer is well below the minimum you’ll accept).

Some career counselors advise making a deal, or asking questions that will lead to more transparency. For example, when they ask for your salary requirements, try responding with:

“Are you asking at this stage because you want to know if you can afford me in the event you want to hire me?” Once you have their honest answer, you can circle back around to one of the first options, or last but not least…

Be a straight shooter

Being honest and direct is always an option. And it’s arguably the best option, despite the risks.

If they think your salary expectations are too high, they’ll tell you so. This will give you the chance to decide if you’re willing to work for less, or if you really wanted that shitty work-for-peanuts position, anyway. And if they don’t comment on your expectations, causing you to worry you’ve lowballed yourself, you’ll always have the opportunity to continue negotiating once you’ve secured the job offer, and then again after you’ve been kicking ass at the job for six months.

Just tell them how much you will accept as compensation for the job, either an exact number or a short range. And that exact number should be, as Kitty’s dad will tell you, high enough that you worry they’ll laugh in your face when you say it out loud.