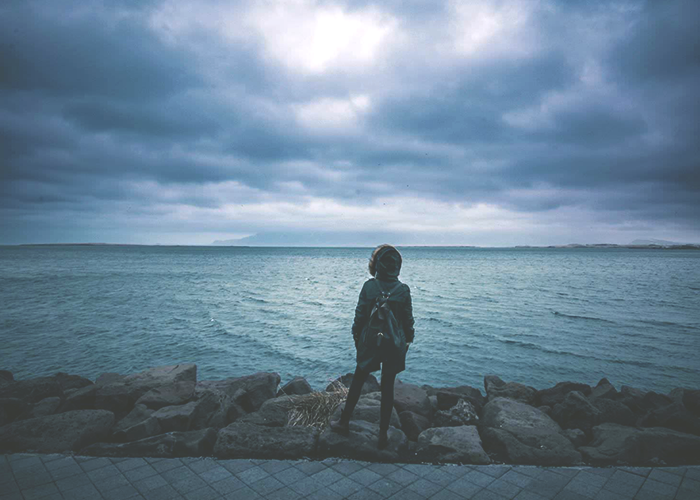 As I write this, my fair city of Tallahassee, Florida, is still in the process of recovering from Hurricane Hermine. (Yes, that spelling is accurate -– it seems the World Meteorological Organization wanted to annoy Potterheads everywhere.)

Tallahassee is a land of canopy roads, where decades-old trees form roofs over streets and thoroughfares providing shade and beauty. However, in the face of a category 1 hurricane (on a scale of 1 to 5, with 5 being the worst), many of those trees came crashing down onto power lines, homes, businesses and the streets they once lined. More than 150,000 people in Tallahassee and surrounding areas lost power at some point and more than 14,000 people remain without power 111 hours later –- that’s more than four days in the humid Florida heat, people.

Cars have been crushed, homes have giant holes in their roofs, and utility crews have removed more than 1.6 million pounds of debris and have still barely scratched the surface. The aftermath of Hermine has been bad, and we got lucky. Hurricanes are an ever-present worry for Floridians, but perhaps your city is more prone to floods, drought, earthquakes, tornados, wildfires or blizzards. Even if you make it through a disaster without catastrophic damage to your home or vehicle, there are many reasons you should have an emergency fund ready to help you weather the storm long after it has passed.

1. Your ability to get paid may become extremely questionable.

Let’s begin with the fact that freelancers in Tallahassee were totally screwed if they needed to do anything that required internet. Even the businesses and households that had power were having constant trouble with cable, internet, and even cell service. State and city workers who were not involved in disaster response were told not to come into work for three days. Many businesses did not have power for two days and some remain powerless nearly five days later. Those who work hourly positions lost hours and are looking at paychecks that are lighter than usual or working long shifts in an attempt to make up time. Even some of those with salaried positions faced furloughs and will also be facing lighter paychecks as a result.

2. You will face unexpected expenses.

My boyfriend and I lost power for 87 hours. We prepared moderately and had plenty of food and water on-hand. We put extra ice in the freezer to keep things cool, and before the storm hit we cranked up the A/C and the refrigerator to keep ourselves and our food cooler longer if we lost power. What we didn’t prepare for was nearly four days of no power, so we lost what food we weren’t able to eat. Not only is that cash that was thrown away, but we’ll have to pay to restock the fridge. Meanwhile, my grandmother lost her refrigerator when her power came back on. The breaker tripped, sparks flew out of the freezer and one dead refrigerator later equaled a surprise $700 expense.

A truly first-world expense my boyfriend and I faced was upping both of our data plans. In the social media age, the emergency radio was useless for delivering information, so we resorted to Twitter and Facebook for news and updates. Despite being very judicious about which apps were allowed to use data, we were forced to either increase our data plans for the billing period, face steep overage charges, or remain in the dark.

3. You will likely spend money to gain back creature comforts.

While yes, we had plenty of non-perishables on hand, our dry goods began to taste like cardboard, so we sought out hot meals at least once a day. Now, we don’t frequently go out to eat and our fast food and dining out budgets reflect that, so those budgets have been totally blown out of the water. Additionally, coffee addiction is a real thing in this household. We’re typically content to brew a pot at home

, but without electricity, we struck out just hours after the storm had passed to forage for a source of hot coffee. We found it after a harrowing trek across town through non-working intersections and a 40-minute wait time.

One expense that I didn’t personally incur but definitely gets an honorable mention is related to football season in Tallahassee. Florida State football is a religion here, so football fans that were still without power or cable or both flocked to bars and restaurants to catch the first game of the season on Labor Day. And frankly, I don’t blame them. Had this been during basketball season, I may very well have followed suit. During long, hot and humid days when you’re jonesing for air conditioning, a good cup of coffee and WiFi, those creature comforts start screaming your name. Spoiled by modern life in middle-class America? Definitely.

4. Lack of power may create or exacerbate a medical issue.

The local paper ran a story about a toddler who suffers from seizures and breathing problems. With their power out, the seizures worsened from the heat and the lack of electricity meant her parents couldn’t run her nebulizer. So her parents resorted to using their mortgage payment to buy a generator

. My aunt also has medical issues that affect her breathing and wasn’t getting adequate oxygen from the portable oxygen tanks she has. She too was forced to buy a generator. These thousand-dollar expenses were necessitated by the lack of power. This is not to mention the likely-numerous instances of injuries caused by people trying to do tasks they wouldn’t normally, like lift too-heavy tree debris or attempt to use chainsaws without the proper safety gear or know-how.

5. Care for kids and pets can become problematic.

Public schools closed on the Thursday and Friday prior to Labor Day and the Tuesday following it. Many private schools and daycares followed suit. That’s three days where parents who anticipated dropping their children off at school or daycare were left scrambling in search of childcare. So even those who were able to work in theory may have had to stay home with their children. I would imagine that six consecutive days at home with children is no piece of cake in even the best circumstances. When you combine a hurricane, dangerous conditions outside from downed electrical wires and debris from trees, power outages, lack of air conditioning, lack of internet and lack of cable service with cooped up children, you get a hellish nightmare.

Those with furbabies -– pet care can also get tricky. In addition to stocking up on food and water for the humans of the family, you can’t forget to stock up for the pets, too. If you have to board your pet for any reason, there’s usually an additional emergency boarding fee. Should you have to seek refuge at a shelter, not all accept four-legged companions. And despite best efforts to keep pets safe, many are understandably skittish during storms. Some hide under the bed, some won’t leave your side, some destroy the furniture and some try to make a run for it. At least one neighborhood dog, Coco, fled his home after the storm, likely trying to escape from the noise of heavy machinery and chainsaws, and is still missing.

There are a million and one good reasons to establish an emergency fund. These are just a few that I’ve been thinking about over the extraordinarily long, hot, and poorly-lit Labor Day weekend. We were very lucky, both my family and my city in general. I hate to imagine the effects a stronger storm would have on the city and its citizens, but Hermine and her aftermath have truly displayed the need to prep for an emergency before it occurs.

Amanda is a writer, advocate and volunteer. She is an obnoxious dog “mom” and huge Florida State Men’s Basketball fan. You can follow her on Twitter, and you can follow her dog on Instagram.