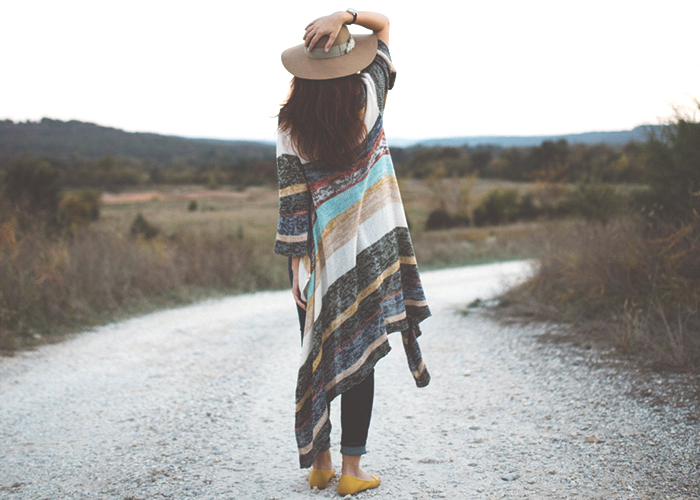 I am a feminist. Not the bra-burning, man-hating, hairy-leg stock character that you might see in over-exaggerated cartoons or movies, but someone who believes that gender-based stereotypes and the expectations that are associated with them are simply outdated and useless. I manage to control myself and not go on feminist rants aimed at strangers that I barely know (although there are times when I want to, and I usually vent it out to my husband as soon as I can), but I have meaningful discussions with people that I consider friends or loved ones who will still care about me even if we disagree. I firmly believe that feminism is for men as much as it is for women; if women were allowed to exhibit “traditionally male” traits without being judged a b**ch, then men could exhibit “traditionally female” traits without being judged a sissy. We all benefit when we can all express ourselves in the most honest way possible.

Part of what comes with the territory of being a ~trailblazer~ is feeling like you have to be the complete opposite of what you are trying to “fix.” Traditionally, women stayed at home and let the men make (and manage) the money, while they managed the housework, childcare, and took an overall subservient role. Feminism advocates to open up more options for women than the “traditionally female” role and, in turn, to allow men to take on less “traditionally male” roles without fear of being socially ostracized.

My husband and I met in our master’s program for Computer Science and fell in love over studying together. Yes, we’re those cute nerds who fell in love talking about SQL commands and Star Trek. I wouldn’t trade a moment of it for anything. I had completed an internship for a Fortune 500 company the summer before I met my husband. When we started dating I was interviewing with several companies and landed a contract for the month after graduation with the same Fortune 500 company at which I’d previously interned. My to-be-husband was not thrilled with his job offer at the time, so I encouraged him to apply to my company (and several others). He received an offer from my company (actually for less money than me!) and I coached him on negotiating a higher starting salary. As a result, we had the same starting salary at the same Fortune 500 company with the same start date for the college new-hire program.

It was a feminist’s dream. I was working for EXACTLY the same pay as my husband in a male-dominated field. It felt so equalizing. It felt so perfectly feminist. I was a ~woman of the future~.

Then, my career took an unexpected turn. The team I was working with turned out to be high-stress, and I was getting burnt out quickly. I changed teams within the company and had a chance to take a deep breath and stop dreading going to work. During this time, I happened to read a great book by Max Lucado, Cure For the Common Life: Living in Your Sweet Spot. (I definitely recommend it to anyone who feels like something is missing in their career and/or life.) I realized that I was somewhere in the middle of a career that was not my passion — no matter how much it pleased my feminist notions.

I talked to my husband a bit about my feelings after this realization, but I sat on my feelings for a while because I somehow felt like this wasn’t right. I discovered that my passion actually lies in coaching young adults through college, including financial aid, setting up a graduation plan, and registering for classes that work for their needs. This hurt my feminist pride because it seemed so “traditionally female.” Following my passion would mean I would be working for less pay than my husband in a non-technical field.

It took me some time to examine my feelings and finally really talk to my husband about my insecurities. I wanted to be that strong, independent woman who could hold her own in a man’s world. It was so hard to conceive of contributing less than 50% to our joint finances. It meant that I could be construed as dependent upon my husband for our lifestyle. And I have other money-related scars in my life that also made this difficult to think about, but that is a whole different can of worms for another day. I opened myself up to him and laid bare all of my feelings of how I’m letting myself down as a feminist. I wanted to be his equal in every way, including my paycheck. I was so afraid of what taking a more “feminine” career could mean for the dynamic of our relationship. He had never expected it before, but, if I changed my career, would he expect me to bear more of the household responsibilities? Would he expect to have less of a say over how the money was spent if he made more than I did? How could we be equals if I pursued a career that came with a lesser paycheck?

And my husband, being the loving and mature person that he is, talked me through how we would always be equals no matter what our paychecks or careers looked like. We are, and always will be, equally responsible and accountable for the running of our household and finances. For a while, I might make less than he does, but one day he might venture forth and build his own startup company that brings in little or no money before getting off the ground and, at that point, I’ll be the “breadwinner” in the sense of making more money. Will we be any less equals then? When I make more money and he is banking on a potential breakthrough? Nope. We’ll be equals.

We’re not equals based on our paychecks or careers, but based on our mutual respect for and support of each other. Because that is what feminism truly desires: mutual respect and support between men and women, regardless of who they are and what they do for a living. Feminism does not demand that women stop getting married, having babies, staying home, cleaning the house, or doing any other number of things that are considered “traditional.” Feminism means that we all have a choice to be what we really want to be without fear of retribution or stigma. For now, I’ll keep my paycheck as we work to prepare for my graceful exit at my job. And when I make that graceful exit, I can do it with peace of mind, knowing that I can still be a feminist even if I choose to make less than my husband.

Melonie grew up in a modest-size town in Georgia in a middle-class family. She attended a small private college in her hometown to get a B.S. in Mathematics and Computer Information Systems. She went on to get an M.S. in Computer Science at Southern Polytechnic State University. She works in the IT division of a Fortune 500 company and is looking to change careers within the next year.