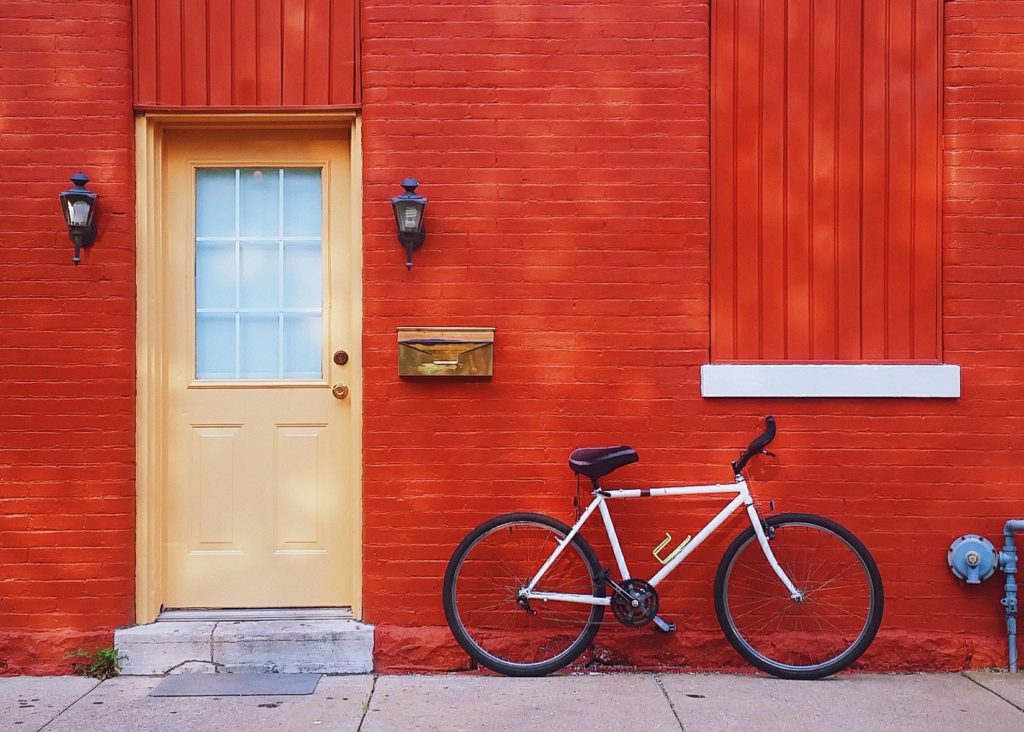 When I finally decided to declare bankruptcy, I thought I might be ruining my life. Only after going through the process did I realize that spending the $3,200 to file was the best investment I’d ever made in myself.

I wasn’t a stranger to investing in myself. I went to college. I went to graduate school. I paid for some life coaching and networking events. I spent money on a couple of cross country moves. Quilting classes and Pilates workshops got my money because I believe in cultivating hobbies and self-care. All the while I was racking up more and more credit card debt. I didn’t have a proper emergency fund; I simply kept the requisite $1,000 in an online account. Although I could’ve paid cash for most of my personal development expenses, every time my car needed a repair or I had a medical bill pop up, my credit card balance grew.

The balance hovered between $10,000 and $20,000 for years. I tried to pay it down once, but after saving $350 to make a payment, I logged in to see that the card had increased my interest rate overnight. So the payment I thought would make a dent in my balance, was instead going to cover interest cost only.

I wept. I literally sobbed. I’d never felt so trapped in my life.

Maybe that’s why I decided to move again. I packed up my house and my dogs and moved to a city a couple of hours away so I could be in close proximity to friends.

It was in that move, that my income plummeted and I could not find my footing.

I was piecing together an income from adjunct teaching jobs at local universities and small freelance writing gigs that never paid more than $50 a pop. I was looking for a full-time path. My credit score wasn’t terrible yet, but it would be once I eventually wasn’t able to continue the cycle of minimum payments. My internet research revealed that companies that run credit checks could hold a terrible score against a candidate, but not a bankruptcy.

I wasn’t sure how to feel about that fact, but my practical side decided that the fact was enough. That was the permission I gave myself to go forward in filing bankruptcy.

Bankruptcy gets a terrible rap. I suspected that my parents wouldn’t approve. I was afraid of what friends would think. I was terrified of disappointing former teachers, future employers, and the creditors who had once believed in me enough to offer the enormous credit limits in the first place.

That’s not a healthy position to take when you’re not sleeping. Some nights, I’d wake myself up grinding my teeth so hard that my jaw would pop. I’d lie awake and stare at the ceiling and think of all the people who would judge me for seeking relief from the merry-go-round that seemed to spin faster and faster.

It was while lamenting these sleepless nights that a friend gently revealed that she’d once declared bankruptcy. Since then, she’d come to own a house and a car and had money in an emergency fund. Her life wasn’t ruined. I didn’t think less of her when she told me. In fact, I thought she was incredibly brave for offering up the information.

I admired her bravery. When I thought of her journey, I looked at how brave it was for her to ask for mercy. Bankruptcy provided relief from tremendous stress. With that relief, she rebuilt her life.

With that relief, I could rebuild my life.

“Bankruptcy provided relief from tremendous stress. With that relief, I could rebuild my life.”

I didn’t have the $3,200 I would need for a lawyer,  but I was incredibly fortunate to have an asset I could sell. I was declaring bankruptcy from a position of enormous privilege. It was incredibly difficult in some ways, but in other ways, because I am a white, cis, woman my path to recovering my finances wasn’t going to be as rocky as it may have been, had difficult systemic circumstances been in my way.

When I moved, I rented out the house I owned. I put it on the market, and when it sold, I used the small profit to pay for a bankruptcy lawyer. Together, my lawyer and I combed through my financial past and saw just how untenable my financial situation was, and had been, for years.

While I was waiting in the courtroom to hear my judgment, I watched the man before me declare bankruptcy for a second time. It scared me. I knew I had a lot to learn about both making money and managing it. At that moment, I vowed to make my bankruptcy mean something.

It meant that I valued myself enough to give myself a break.

“Bankruptcy meant that I valued myself enough to give myself a break.”

Prior to my filing, bankruptcy was the worst-case scenario. Then, it wasn’t. It was just one scenario. Once I looked at it without all the moral judgment, I saw that it was just a tool. It was a turning point in my life. I was taking care of myself- I was taking a stand. Instead of worrying about what some distant creditor thought of my character, I sought relief from the stress that had me sleepless with worry.

It meant I’d have the headspace to learn about money and start saving a proper emergency fund.

Once the decision was made, my stress dissipated and I started to sleep again, which cleared the space in my head I needed to build a stable financial foundation. I spent six months reading Overcoming Underearning by Barbara Stanny and discussing it with the friend who’d also declared bankruptcy. I started to write freelance content for a pet website, and I took on an extra adjunct teaching assignment. Without the many minimum credit card payments, I saved $5,000 in less than six months. I felt rich! I felt safe. It was enough to cover my expenses for six months, and it was the first time I had that kind of financial security in cash – and not just in credit – in my entire adult life.

It meant I’d have the financial runway to tackle my student loan debt.

Once I felt more secure, I thought about what I really wanted, and what I wanted was complete financial relief – something I didn’t feel because since I was still living with $48,000 of student loan debt. I’d been paying the income-based minimum for ten years and had paid off less than $1,000. I was devastated. In despair, I told my mother, “I will probably die with student loan debt.” The balance felt insurmountable. I took the highest paying job I could find, and decided to spend a year focused on paying off the student loan debt. I started a blog, Dream Beyond Debt, to track my progress. It took fourteen months, but I paid it off by living with a roommate, driving a paid-off car, working a bunch of side hustles, and welcoming the support of the online personal finance community. Not having credit card debt to contend with helped too.

It meant that I had the nerve to make mistakes — and reframe those mistakes into valuable lessons that I’ll never regret.

I made a lot of financial mistakes on the road to bankruptcy, but declaring bankruptcy wasn’t one of them. Asking for my debt to be cleared was how I asked for help, and I got it. It was a real lesson in asking for what I wanted, but also what I needed. I wanted a financial reset and a clean slate. Bankruptcy provided both. I know how I got there, and I work hard not to be in that place ever again. That’s a lesson I could never regret. In that way, bankruptcy is the best investment I ever made in myself and my financial future.