Why Being Broke Makes It Harder To Negotiate 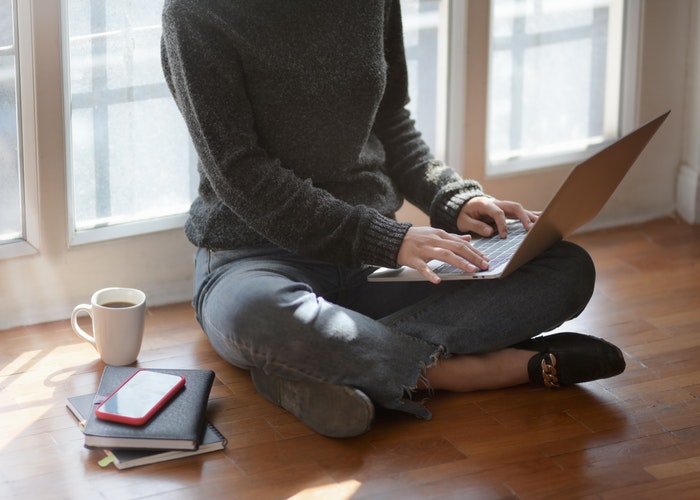 We all know negotiating is important, but it’s also easier said than done — especially if you feel broke.

I’ve been there, and when I walked into stores, I used to feel like I had to prove to the salesperson that I could afford to shop there — like I had to earn my right to take up precious space. It was hard enough to walk away without making a purchase, let alone ask them for a discount. My biggest fear was that someone could discover that I didn’t have enough money. Somehow, I managed to conflate the scarcity of cash with my value as a person.

My childhood experiences with money

My own anxiety with this is partially a result of my childhood experiences. My single mother struggled to provide my sisters and me with anything but bare essentials. On top of that, most of my peers at school were very comfortable with money. The feeling of scarcity is subjective, and many factors play a role in it. I’ve always had food, roof, and access to healthcare and education, and this is more privilege than many people experience. Still, due to my family’s circumstances, I often felt that at least some of my needs were not important enough to be fulfilled. So I felt like I didn’t deserve the things that I wanted, and to save myself from disappointment, I just never asked.

Stepping into young adulthood, I developed a weird relationship with money. I was overspending, but at the same time, I rarely got what I truly wanted. Also, I would never negotiate the price of something or even look for discounts. I felt I had to take the first option. This way of thinking and acting spilled into other areas of my life. I took jobs that were not for me, and I got involved in relationships that were often toxic. The healing process began when I realized how much of my decision-making was based in fear. Whether it was shopping or jobs or relationships, I was afraid there would never be a better option for me, so I felt like I had to settle.

A small moment at the post office finally sparked a change. I was sending a return parcel, and I placed my package on the scales and stated, “Second class, please.” Smiling, the post office clerk replied, “I can do it for three pounds.” (In USD, that’s $3.88) Realizing the irony of the situation — post office charges are non-negotiable — I joked, “Could you not do it for any less?” We both laughed. Since it was a joke, I felt no shame asking. I didn’t even think about it twice. But on my way back in the car, I thought that my nineteen-year-old self would never believe I could be that bold. Since then, I’ve walked away from shops empty-handed but still confident and optimistic, negotiating prices and discount codes. I even purchased higher quality items that I always wanted but could never justify buying. It seemed I had finally learned to speak up and ask for what I wanted. Even better, when I had the opportunity, I finally asked for the salary that I wanted, too.

I’m confident that my personal experience is familiar to many others. I appreciate that the improvement in my financial situation made it a lot easier for me to become a more confident negotiator, and I am by no means an expert. But I also believe that there are a few other habits I’ve adopted that have also helped a lot.

How I’ve learned to speak up for myself

First, collective awareness is a powerful tool. Knowing that other people also struggle with this is weirdly uplifting.  But more importantly, I’m working on the belief that I am enough as I am. Money neither proves nor disproves my worth. It is a tool. A powerful tool — but still a tool. I detach myself from the toxic idea that that money holds any moral value in and of itself. It doesn’t. The system wants me to believe it, but deep down, I refuse to subscribe to this notion.

Additionally, I try to reframe the way I think about my financial situation so I don’t feel as lacking. For a quick confidence boost, I think about all the things I have rather than what I’m missing. Maybe if I had been more grateful for these things in the past, I would have saved myself a lot of emotional trouble. It doesn’t mean the struggle isn’t or wasn’t real, but sometimes merely changing the way we think about something can make a massive difference. There are things I still want in life, but finding a bit of gratitude in what I already have makes it easier to go after those things and feel deserving of them.

When it comes to negotiating, I always ask myself: “What is the worst that could happen?” I won’t always get what I want, but if I don’t ask for it, I almost certainly won’t get it anyway. In other words, there’s nothing to lose. I’m not a child anymore who can be shattered by the smallest rejections — or maybe I am, but I am also an adult who knows how to glue things back together. In the end, I am blessed with so many things.

Lastly, I realized people think about me less often than I think they do. It’s very likely that three minutes after I walked away from the shop, the salesperson has forgotten about me and is focusing on his next task. Everyone is predominantly concerned with themselves. There’s really no need for me to prove that I belong in that store — nobody else is worried about it but me.

Negotiating is about advocating for yourself

Looking after my needs also makes me a stronger person. I have more to give, and I am a lot happier. Breaking out of the negative cycle of low self-esteem is one of the best things I’ve done for myself. As Matthew 7:7 says, “Ask, and it will be given to you.” For me, that verse holds as true as ever. Even if you don’t end up receiving your specific ask, the mere act of voicing your needs already makes you a stronger, more empowered person.

Miranda is a daytime engineer and a night-time writer with a passion for empowering women, looking after the environment and health. She is a crazy cat lady, and she owns it. Born and raised Poland, she won several awards for young writers there. She chose the beautiful city of Ely in Cambridgeshire to home her soul. She has recently been most active in poetry, but she is just as likely to indulge in writing prose.