Why I Always Let My Boyfriend Pick Up The Check 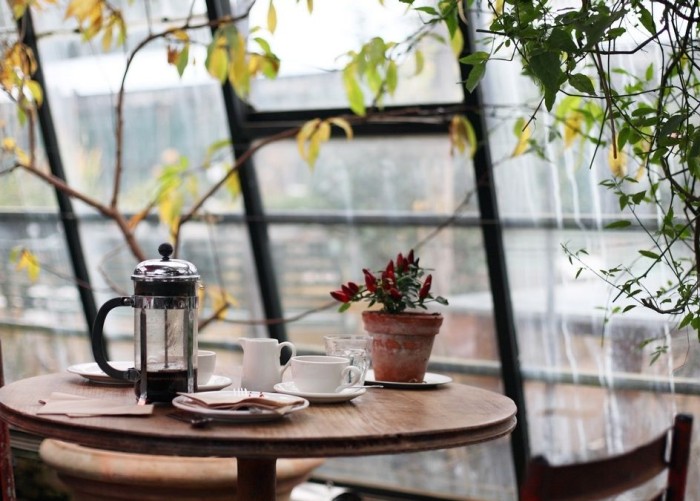 I’ve been a feminist for as long as I can remember. Despite my somewhat conservative upbringing, movies like Mulan and television shows like Kim Possible quickly turned me into a staunch (and sometimes sassy) young feminist. I’ve kept those convictions as I’ve gotten older, and since then have developed full-fledged beliefs about social justice and equality.

Long before I ever started a relationship, I was convinced that the traditional ideas about finances within them were total nonsense. I remember getting into heated discussions in middle school with friends over who was obligated to pay on a first date. My argument was always “whoever asked the other person out.” I saw no reason for gender roles to be applied to who would cover the check on a date.

This was my policy all through my single high school years, and into my first relationship. After my first relationship fizzled out over reasons unrelated to money, I met my current boyfriend, and we quickly became best friends. In the beginning of our relationship, I stuck to my strong finance-equality convictions. Every other date, I offered to pay, and he would do the same. I realized that, although my middle school theory about paying was pretty sound for first dates, once you’re in a steady relationship, it’s hard to decipher exactly who was doing the “asking.” So, we split things 50/50, at least for a while.

We’ve been together for almost three years now, and we’ve known for quite a while that this relationship is going to be a long-term one. So, when we started discussing money, it became clear who had more money, and therefore, the capacity to pay for more dates.

Quickly, our date payment plan transitioned from a 50/50 split to my boyfriend paying for most dates (and me offering to pay as a treat occasionally). I realize that this is a huge departure from my original convictions (which, believe it or not, I still hold), but I think there are a lot of non-misogynistic reasons for this arrangement.

For one thing, my boyfriend legitimately has more money than I do. He always has, and maybe he always will. Whether you want to argue that it’s a product of the wage gap, or simply due to his circumstances, my boyfriend just has more money than me. We’re both still in undergrad, and his financial stability is in part due to his lucrative summers spent as a lifeguard (while I was a waitress, making considerably less) and the fact that his parents are able to contribute far more to his education costs than mine are. (He also has unusual financial prowess and investing smarts for his age.) No matter how you spin it, we came to the realization that he can afford to pay for us to go out, and I really can’t.

Now, this particular situation would not be grounds for a full-ride relationship in every circumstance. But, as I said, we knew early on that we were in our relationship for the long haul. When we think about money and the future, we think about our money, not “mine” and “his.” From our perspective, if the merging of bank accounts is eventually going to happen after we graduate, it makes sense to adopt that way of thinking sooner rather than later. And, for now, that means using his money when we choose to go out.

My stance on this isn’t meant to disempower women, or even to encourage other women to pursue the same arrangement. Rather, this story is simply my way of saying that there are lots of options out there. Admitting that you can’t afford something and your boyfriend can doesn’t make you less of a feminist. This kind of arrangement isn’t easy though, and we didn’t fall into this steady routine without some disagreements and long conversations about money. As with any financial situation (but especially with those that don’t immediately appear “fair” on the surface), communication is the absolute key to our relationship.

So, even though others might find it confusing or even think of it as unfeminist, I’m okay with the fact that my boyfriend helps me out financially. As long as the decision is reached out of mutual respect and understanding, even one in which the man takes the traditional role of paying for most things can be empowering. And holding onto a 50/50 stance on principle, even when it doesn’t make sense for your finances, is only hurting you in the long term. Everyone contributes in different ways to their relationships, and as long as there is open communication and an equal balance of power, it’s as feminist as any other relationship.

Katie Steckly is a full-time student and part-time blogger/Youtuber. She’s also an aspiring writer who is obsessed with pizza, buying new makeup, and finding the perfect font. Her blog, Thought Couture, chronicles her life as a student, minimalist, and style lover.