Why I Considered Joining The Army To Repay My Student Loans 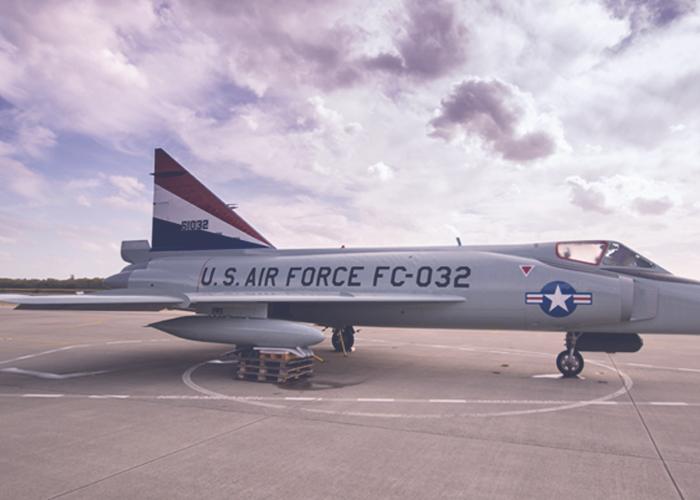 For several years, I considered becoming a military officer, to have a stable job with good exit opportunities, and to repay my college and grad school loans. I thought about it for almost a whole year, even after I got a fairly stable, well-paying job in the private sector with good benefits.

I do not come from a military family and, while I certainly have a desire to engage in public service, I don’t have the desire to “serve” in the military sense, or harbor any patriotic sentiments. Yes, there are people—wonderful people who I have met and admire—that truly are driven to the military because of this desire to serve. But most people join the military for the same reasons I considered it; because, in the U.S., our military provides education/job training, healthcare, and other benefits that citizens are offered in other developed Western countries.

That’s not to say that people who join the military are moochers. I’ve met incredible women who grew up as first-generation immigrants, enlisted in the military, and rose through the ranks to find job stability and a deep sense of professional and personal fulfillment.  I’ve also met women and men who were from more affluent or middle class backgrounds and joined the military because they wanted to serve. These are people with liberal political and social beliefs who graduated from top universities and could just as easily have found gainful employment elsewhere. But they chose the military and loved it. So the military isn’t just a last resort for people who have no other options; it’s a job with the best benefits in the country and that is why I (with my scorn for white male authority and my penchant for scoffing at patriotic slogans) was about to sign over four years of my life for those benefits.

I considered the military after undergrad. With my international relations background and language skills, I would have been a direct appointment officer specializing in intelligence work. Instead, I ended up using those skills in a consulting firm, doing intelligence and investigations for businesses. But, when I started law school, I reconsidered it after meeting several co-workers, classmates and supervisors who had been Judge Advocate Generals (JAGs).

The best thing about the military—that no other job offers in quite the same way—is job security. You can be discharged because you don’t meet physical requirements (height/weight, fitness), or for disciplinary issues. But there are no lay-offs. Instead, they’ve made it harder to get promoted lately, which will force some people out. But, even with the new, more stringent guidelines, 80% of officers get promotions. It gets harder to be promoted the higher up you go, but the promotion rate is still a lot better than in similar private sector jobs. And each promotion comes with a mandatory pay raise.

Which brings me to my next point: the salary. For the lowest-level officer, the salary is less than $50,000. But, salaries are automatically ratcheted up with each year of service/promotion, so you never have to have the “raise” conversation. However, salary doesn’t show you the whole picture. A military officer’s total take-home pay — meaning your salary plus all your benefits — easily exceeds $50,000 for the first year. In the military, your monthly benefits will include retirement benefits, completely free healthcare for you and your family, about $300 per month to spend on your food, anywhere from $1,000-$2,000 to spend on housing (rent or mortgage payment, amount depends on family size and location), free childcare, free gyms (and, naturally, free bootcamp!), and superior rates on car and home loans.

Your food and housing benefits may also be adjusted based on cost of living (i.e. if you’re stationed in Hawaii, where housing is more expensive than it is in rural North Carolina, you get more for housing). The best part about these benefits is that they are untaxed. So, while you’re actually taking home money for housing and food, that could increase your take-home pay by up to 20%, you are only being taxed on your initial salary.

Possibly the most alluring thing about military benefits, however, are the educational benefits. These benefits vary but can include completely free education at an institution of your choice or direct (taxed) payments to you to help you repay the principal of your federal educational loans. The military comes with the additional educational benefit of being PSLF-eligible and, with officer salaries starting at less than $50,000 you may also be eligible for state or school-specific Loan Repayment Assistance Programs (“LRAP”). Many schools (especially graduate ones) will pay or forgive some of your educational loans if you have a public service job and/or make less than a certain salary. Theoretically, I could have joined the military, maxed out the military’s loan repayment assistance, maxed out my grad school’s LRAP program, and started the path to PSLF eligibility. In addition, I could’ve used Income-Based Repayment (“IBR”) on my loans to make very low monthly payments. I cannot think of any other public service legal job that would maximize the entire loan forgiveness system more than that.

When I crunched the numbers, joining the military would have resulted in an immediate 25% increase in my take-home pay, not to mention all the other benefits (LRAP, PSLF, lower IBR, lower tax bracket), with guaranteed increases each year.  But I didn’t do it because a military job as a lawyer or plumber or cook is still a military job, and you can’t just quit if you don’t like it (that’s called deserting and is a criminal offense).  In the end, I was not willing to face the uncertainty of being stationed in a shitty place, doing work I might not like, with people I might hate, for an institution I did not believe in, and without the ability to leave.