Why I Don’t Feel Bad About Being The “Flaky Friend” 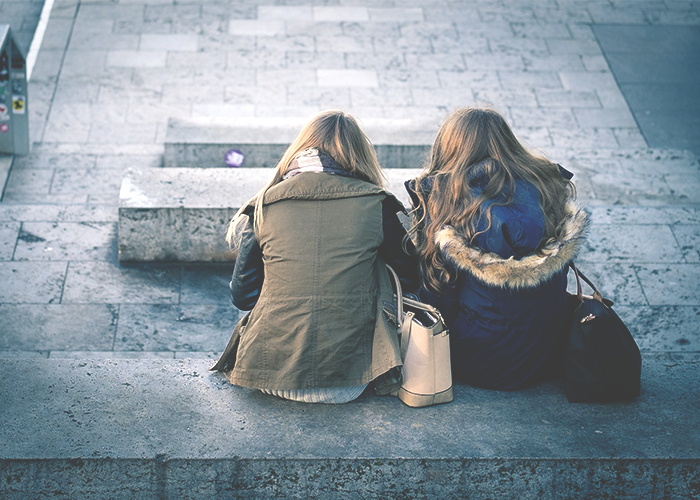 I never understood people who consistently bailed on plans, or didn’t return calls. I wasn’t flighty. My inbox was at zero, everyone had gotten a timely response, and I couldn’t let a text go unanswered for more than five minutes, so I wasn’t much for playing “hard to get.” I wanted to show up for my friends, and be the person they could count on, and I suppose the immediate text-back was my digital age way of expressing that.

I kept in touch. Of course, I couldn’t call and have three hour conversations with every one of my friends after high school and college, but between g-chat, Facebook messages, and even the dreaded group texts, I, at least, had a genuine idea of what was going on with the friends from each stage of my life, And I relished being the one who was in-the-know on what so-and-so was up to these days.

The other night, I told a friend I couldn’t make her show, and I realized how often I nix plans at the last minute. My friend was very kind, and not upset about the fact that I wanted to stay in and not spend money. But I couldn’t help but notice that I often agree to plans I’m not interested in because I feel too guilty saying “no,” and then end up canceling.

And it could be remedied if I just stopped feeling guilty. The fact is, in our 20s, people grow apart, people choose to stay in and not spend, instead of showing up to obligatory events, and I’m finally settling into that reality. Instead of saying, “yes, I’ll go,” and then canceling, I need to just be honest when I can’t make it.

I’ve become the flaky friend. I’ve gotten good at skipping out on plans, and while I still return texts, phone calls and emails with lengthy responses, there’s now a considerable delay. I don’t know the exact status on every one of my friends’ lives anymore. Fortunately, my closest friends will still love me when I see them in person, even if we haven’t spoken in four months.

We learn, as we collect friend groups throughout different points in our lives, that not all friendships last. Who you call when you come into town for three days is exceptionally telling of who will stay in your life after you filter out the temporary, catty friend-noise. You learn who will be there to see you through the milestones, fly across the ocean to see you, and take your call when you’re having a tough time.

I was rereading these lessons from Chelsea last night (because, if you haven’t noticed, I know how to get down on Saturday night), and she says, “Prune the bad leaves from your social media tree. If something’s stressing you out, delete it or mute it, and you’ll find that you’ve forgotten about it/them in a week.”

I’ve always liked this idea, but have never followed through with it because I’ve never deleted anyone from social media in my life. And if I actually stop to think about it, it’s entirely out of guilt. Much as I hate to admit it, I stay friends with people on Facebook as a consolation prize for not having kept up with them in person. If we’re Facebook friends, I assume less guilt about letting that friendship slide through the cracks, by keeping digital tabs on them. It makes me feel better for not following up about the drink that neither of us actually wanted to get.

I need to stop being so scared of bailing on people because I know, rationally, that you can’t keep every single person in your life forever. It’s impossible. If I get married, I flat-out refuse to invite that many damn people to my wedding.

I cannot afford to catch up with every single person I know in Los Angeles. Half of my graduating class lives here, and I have neither the time, nor the happy hour budget to see all of them. Inevitably, we all flake on people in our 20s, and as long as we’re not doing it out of malice, I don’t think we need to feel bad about it. If I care enough, I will make time (and go out of my way) to see someone. And in a way, being pickier with my time allows me to make sure I’m keeping the great people in my life, and not making time for the people that bring me down, or the one-sided friends I see out of obligation.

There are too many social events I was attending to support friends who have never once supported me, and I am trying to remember that my time is more precious than that. It doesn’t mean I don’t make plans. This weekend, I saw some great girlfriends for breakfast, and went to a friend’s birthday party. But apart from that, I stayed in and cooked dinner with my boyfriend, I wrote, I babysat, and I caught up on sleep. And all of that was more important than whatever Facebook event was sent to me, by someone I haven’t spoken to in a year, who was DJing a place with a cover I didn’t want to pay.

Ideally, I want to fill my schedule with people I care about, work I love, and things I want to do. The way I feel about filling my schedule is the exact same way I feel about saving up for a well-made pair of jeans, instead of owning eight pairs from a fast fashion brand. I’d rather save my energy (and money) and have fewer social engagements with quality friends, than hang out with people I don’t really care about at happy hour every night.

I’m getting stingier with my time, and if that makes me a flake, then so be it.