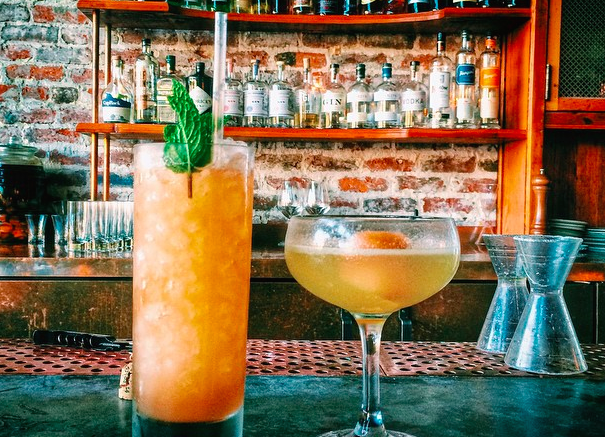 I’m not good at the check dance on a first date. Honestly, there are very few things I am good at on first dates. I have no idea what to do with my hands, and I am not what you’d call a good storyteller, but that doesn’t stop me from trying to tell long, heavily detailed anecdotes about my childhood. When the check comes, I am caught between wanting a free meal, and wanting to hold my own, and will offer to pay. But I will easily rescind my offer if he says it’s on him. I have complete respect for the women who insist on paying, but I value free food, and appreciate the gesture. While talking to a good friend about this, she said that when you are still in the dating stage of the relationship, she firmly believes that the man should pay. While I would never rule out a man for not paying, I will admit I do like the idea of them picking up a first date tab, but I am not opposed to paying for the next meal.

Beyond the dating stage, when I am definitively in a relationship, I no longer believe in him paying, nor do I believe in splitting the check. I know couples who have been together for many years and still go dutch at every meal out — even in a group of friends, and it just isn’t my style. My boyfriend and I have been together for about two years, and we don’t split expenses because we don’t live together. When we eat at my place, I buy the groceries, and he foots the bill for dinner fixings at his place. If I shell out a few dollars more for groceries for a nice dinner at my house, I don’t lament over the fact that I put four additional dollars into the relationship that week. When we go out for meals, drinks, or to a movie, we alternate paying for each other. The last (inexpensive) meal we had out, I paid for, and I treated his sister as well. Tonight we are going to a movie, and he bought my ticket. And then we continue going back and forth.

My boyfriend and I do not have a huge financial disparity. He works side jobs, and goes to grad school, and I’m a freelancer, and am still in my first year as a full-time writer. But we are still fortunate to be able to treat ourselves every so often. When his sister is in town, I wouldn’t hesitate to pick up the bill for both of them, and he’d do the same when my brother came to visit. I think it balances out — if I pay for drinks one night, and he pays for dinner the following week, etc. To me, being able to treat each other without arguing over a few dollars, Venmo-ing each other, or playing the IOU game makes me feel more like we’re in a mature relationship, and like I’m in a comfortable financial position.

For me, splitting the check feels platonic — putting two cards in the little black book is something I would do with a girlfriend. But I would also feel childish if my boyfriend were to pay for all of my meals, especially if he doesn’t make any more money than I do. In general, though, the fact that our relationship doesn’t get bogged down in IOUs makes me feel more secure. There is never a concern that one of us won’t treat the other person the next time, because at present we are both confident that there will be a next time. And if either of us couldn’t afford to go out for a meal — which happens sparingly to begin with — the other person would, of course, step in, or we wouldn’t go out at all. To me, this signifies a level of commitment, and I like the precedent it sets.

When one of us picks up the bill for the other, it makes me feel like we are a ~team~, as corny as that may sound. We aren’t the type of couple who showers each other in small, surprise gifts “just because” — partially because neither of us has the funds, but mainly because that isn’t how we show affection. So buying the other person food, or paying for their occasional movie ticket feels like a nice way to treat each other, and do something for the other person, without too much extraneous spending. As of now, we aren’t splurging on big meals that aren’t comparable to the rest of our spending, which is why it evens out so well, But even for birthdays, or special occasions, when the person who isn’t getting older, or celebrating something, pays, and there isn’t a discussion over the bill.

Of course, every relationship approaches money differently. I have close friends who have been in a relationship for about twice as long as me who split every check — meticulously — and will probably do it that way until they get married, and merge their finances. But, for me personally, being able to assume it’s evening out, and not worry that I spent $10 more this week than he spent last week, makes me feel like my finances and relationship are stable. When I’m committed to someone, I don’t want to fuss over pennies.

I am still at the point where we buy our own furniture and plane tickets, and my boyfriend and I are still far from having a joint account. So I do not think it’s fair for me to presume that because we both contribute to our ~experience-based spending~ it means we’re setting some grand precedent for the future, but nonetheless, I think it is a step in the right direction. Of course, I think if I were in a financially disparate relationship, maybe I would feel differently. If I was doing exceptionally well, and my boyfriend was out of work, I’m sure I’d be happy to pick up more of the checks (or, more likely, suggest we go out less often). And I know he would do the same if our roles were reversed. I don’t even know what I would do if we were to move in, and he was making a lot more money than me — would we choose a place based on the higher income, or the lower income?

These are bridges we haven’t crossed yet, and that I personally don’t feel quite ready to take on. But on the subject of splitting the bill, I think it comes down to whatever works for your specific relationship. And in my relationship, it works best if we aren’t Venmo-ing each other for our $14 meal at our go-to ramen bar.