Why I Finally Stopped Lying About My First Job 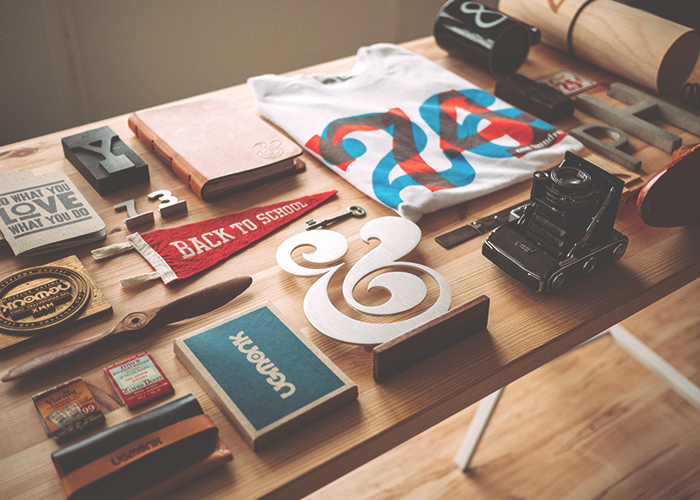 A common question that nearly everyone has answered, but few have really considered, is what was your first job? It’s an innocent question, usually meant to break the ice or learn more about a person. For me, though, this question (and its implications) were always a source of anxiety.

Until I was 16 years old, I didn’t have an answer, or I felt like I didn’t have one. At that age, I began my first real job. I started working as a customer service representative at a financial institution, or less impressively put, I was a bank teller. I preferred the former title, though, because it sounded more professional, and alluded to a particular image I sought after. In my mind, I had this image of a successful career: it was someone dressed in the sharpest business clothes, who worked in some modern, tasteful office atmosphere. It was a stock character of success that I’m sure most of us have fantasized about at some point in our lives, but for me, this image was just more than a career aspiration — it was a way for me to change my identity.

If you asked me a few months ago what my first job was, my answer would have been a rehearsed rendition that goes like this: I had my first job was when I was 16, and I started working at a credit union. I would then proceed to wait for you to give some amazed reaction about how it’s “impressive” that I got such a job at a young age. You might then ask if I worked any entry-level job that most teenagers do, and I would have proudly shaken my head and said no. At this point, you would imagine that I was some elitist and privileged kid, and ironically, that’s exactly the perception I wanted to create.

I had a desire to be someone I wasn’t. I wanted to be that privileged kid, who had it easy and bypassed the trivial jobs in retail or fast food most adolescents are stuck with. I wanted people to think of my identity as someone of a more comfortable social class, because somehow I thought that was more acceptable than the truth.

The truth is that job wasn’t my first job. If I am really honest, the story of my first job isn’t as dreamy or picture-perfect as I grew up wanting to it to be. I grew up in a working class immigrant family. My parents were Indian, Punjabi specifically, and worked hard just to make ends meet. We never took vacations, lived off of credit and debt and we lived in cramped basement suites until my dad could afford a house. I shared a bedroom with my sister and my grandma for fifteen years. My parents never had the money or the time to put my siblings and I in the extracurriculars most kids grew up with — sports, musical lessons, tutors, etc. In hindsight, there are a lot of kids who grew up like I did, but I didn’t know this then. I thought I was alone, particularly since the kids around me seemed so affluent. I never held that against them though, I just aspired to be like them in some capacity.

I wanted to believe I had the same life as the kids I went to school with, so much so that I would conceal a significant part of my life. While the other kids played after school or participated in a plethora of extra curricular activities, I was busy working. Around seven or eight years old, I started an array of what I would describe as my first true jobs. It was a concoction of two activities — delivering newspapers and cleaning buildings. It wasn’t just me, but a family affair, consisting mostly of my mom and my siblings. I remember at times we had three paper routes, hundreds of houses, which would take three to four hours, three to four times a week. It wasn’t an innocent lesson in responsibilities or finances, but a necessity.

We probably spent 10 years delivering newspapers and it paid for our braces, school fees and clothes, and at times, even rent (among other bills). Moreover, we used to work with my mom, who took night shifts to clean different office buildings. Most weekdays, and every weekend, was spent cleaning five or six different buildings into the early morning hours of the next day. My mom would always have each of us doing some different activity, someone dusted, and another swept or took out the trash. The people in these offices always used to look at us oddly, perhaps thinking it was unnatural to see a bunch of little kids with their mom as the janitors, but those unnerving looks are exactly what I feared from my peers, if I were to share the reality of my first work experiences.

For a huge chunk of my life, I was ashamed and troubled by the nature of my first jobs and the economic realities that they represented. It took many years for me to come to terms with how I grew up. As one gets older, we learn to let go of prior grievances and come to accept the past for what it is — a lesson. I am learning to reconcile my past, and sometimes I even reflect on those experiences with pride. I’ve learned that the value of any job isn’t so much in its title or perceived prestige, but what the job teaches, especially in terms of skills. From my first jobs, I learned the value of discipline, and of a hard work ethic. I learned that no type of work was beneath me, and that humility gave me a more grateful outlook for all of the jobs I would come to have, even the more typically “prestigious” ones.

In an age where one can easily succumb to entitlement, my first job experiences — and the childhood I had, no matter how much it used to feel like a burden, or a source of shame — keep me grounded and appreciative for any opportunity that comes my way. And there are few things better in a competitive professional world than understanding how lucky you really are.