Why I Think Beauty Spending Is A Necessity, Not A Luxury 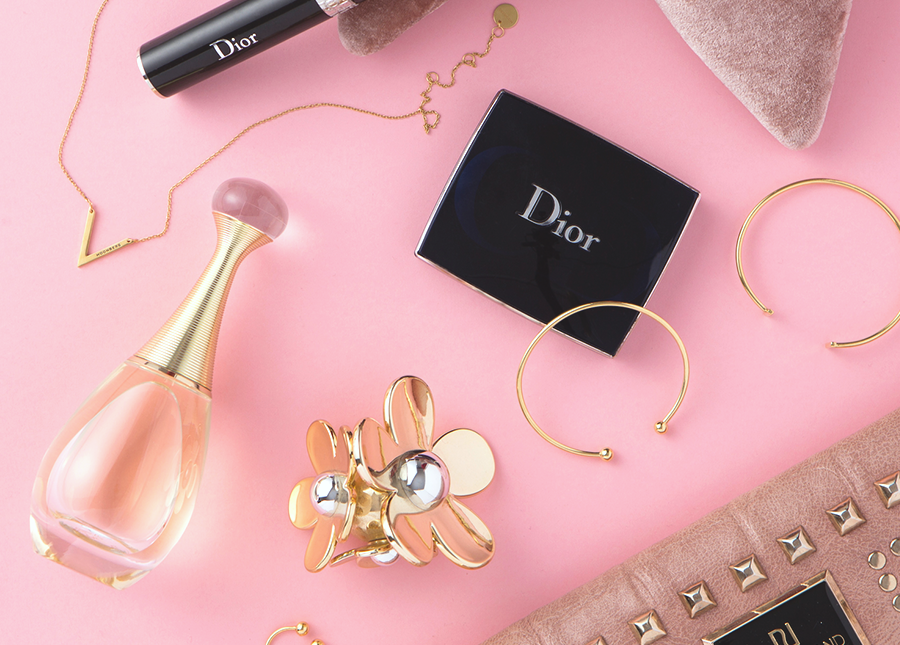 It’s no secret that beauty is a booming, billion-dollar industry. In fact, the glam business is so powerful that even during times of economic recession, people still pump money into it. According to one survey, the average American woman spends $313 per month on her appearance. And while that might seem high, if you consider how it breaks down into individual categories like cosmetics, skin care, and hair care, it’s not at all shocking. After all, the way we physically present ourselves to the world influences everything from our self-confidence to the way others perceive us and our intentions. And this affects far more than the number of swipes we get on Tinder. Research shows that our looks are a significant factor influencing career advancement and potential earnings.

So if all of this is true, then why do we still think of beauty as a luxury rather a necessity?

Of course, the attractiveness bias affects everyone, not just women. But while men may face social pressures to look a certain way, there is an obvious expectation that women do more to meet an arbitrary definition of looking “put together.” In terms of beauty spending, men reportedly shell out $51 on their face alone each month, while women spend $91 — nearly double that amount. One Wall Street Journal article asked women how they felt about their monthly beauty spending, and one respondent said, “If you come in [to the office] looking sloppy, people notice.”

Yet another study revealed that while both genders were more likely to seal a position if they followed the most basic grooming practices, like having clean hair and appearing to have showered, interviewers still considered women without makeup to be less favorable candidates than those who wore it.

Obviously, these practices are rooted in a long history of sexism that ties a woman’s worth to her aesthetics. I can remember back when I worked for a department store — a hiring manager once told me manicured nails were the first thing they looked at specifically during women’s interviews. Their reasoning was they felt it reflected a personality that genuinely cared about the details. But unless they were obviously filthy, manicured nails weren’t a factor when they interviewed men. Yeaaaaah. Makes sense.

And let’s not forget that same double standard has an even greater effect on how women of color spend on beauty. One report revealed Black women spend up to 9 times more than the national average on monthly personal care, and much of it is attributed to hair salons. One possible reason for this is because even with the rise of women embracing a natural look (which, btw, also costs money), Black women are still criticized, and in extreme cases, terminated from work for wearing their hair in styles that don’t conform to Eurocentric beauty standards. If our appearances can potentially cause this much real-life stress, how can anyone think a trip to the salon is nothing more than a superficial splurge or a treat?

In some ways, these statistics reflect a depressing reality about how internalized both racism and sexism are in our culture. But at the same time, I can’t fully subscribe to the idea that (we) women are merely puppets in an economic system controlled by the male gaze, rather than intelligent, active consumers who choose to spend on beauty however we want. One can even see it as more of a personal strategy for legitimately bettering our lives. For instance, this article found Dominican women were willing to spend as much as 30% of their salary on hair relaxing treatments for various individual reasons. While some women believed straight hair presented them with more opportunities to socially advance because the look signaled a higher status, others justified the treatment simply because they felt it made their hair easier to maintain.

In another article that discussed hair spending for women of color, several women noted that purchasing hair treatments like protective weaves has very little to do with conforming to some white dude’s idea of pretty, but simply because it’s a smart choice for their personal hair health and convenience. When women don’t have to spend that extra time prepping their hair, that’s more time for them. This is crucial, because as of 2018, women are working longer hours and holding down multiple jobs more than they ever have. Time is a precious commodity. And if a $30 wig or a $150 weave gives someone who holds down multiple jobs three weeks of sleeping in for an extra hour, then it’s probably worth every penny. Moreover, if we want to talk about investments, Cardi B recently said in an interview that getting breast implants was a decision that allowed her to make more money when she worked as a stripper. In other words, in some professions, beauty purchases can be considered a marketing tool.

Still, it seems like some discussions surrounding money and beauty treat it like it’s only some frivolous hobby women can and should give up without hesitation. Personally, what I find to be both strange and annoying is that some of these articles insist on reminding women of the more responsible purchases (whatever the hell that means) they could be making instead of spending on their appearance. Just to give you an idea, here are some quotes from a few of these:

“The amount of money we spend on our appearance could pay for four years of college tuition.” – Byrdie

Shit. Who knew we could have paid our way through Harvard with all that money we’re spending! But nope, we’re too busy blowing it all on $30 face masks and $11 eyebrow pencils at Sephora. Silly women. When will we learn, right?

And therein lies the problem: society expects women to look a certain way, but then judges women for actually trying to achieve it. Even if you disregard makeup, the truth is going for the natural look still has a price tag, as we can see from Alicia Keys’ $400 regimen. It seems like wherever you look, there’s an undertone of morality coded in discussions of beauty. Several commenters on the above articles criticized women for being so selfish and vain because their money could be going to charity (because ya know, helping your community and taking care of yourself are mutually exclusive…*eye roll*). Others chimed in to boast how they choose to forego makeup and pitied the women who spend on their vanity, as if they are naive and helpless victims. Others simply called them narcissists. And let’s not forget those who need to point out that cosmetics are some kind of sin.


Even I feel guilty. When I looked at my beauty spending over the past few months and saw how it’s grown exponentially since the days when I was 18 and rocked my $7 L’Oreal mascara and used nothing but OXY cleansing pads on my face, I felt pretty upset. But then I remembered that beauty budget was back when I didn’t think anybody but the elderly needed moisturizer, before I learned that my hair needed product to protect itself from getting fried after repeated flat iron exposure. People grow, and so do their needs. Personally, as much I want to challenge hegemonic beauty standards and stop buying makeup and pricey skincare, I know doing so would also mean depriving myself of something that has overwhelmingly done more good for me than harm. In addition to the physical confidence I’ve developed, I feel like the moments I spend in front of the mirror getting ready for my day are practically therapeutic. And I share this primarily because for a middle class-ish woman like myself, I know how easy it is to take something like this for granted. Even if I were to trim down my budget to only cover the non-negotiables I’d take with me to a desert island (literally shaving products), I recognize the freedom to CALL any personal care expense an “essential” is a privilege in itself.

For low-income women, that choice doesn’t exist, because they often have to put other needs first. Currently, EBT/SNAP doesn’t even cover the most basic “beauty” items like razors and deodorant. The primary reason for that is simply because the government doesn’t consider these items necessities, but luxuries. The stance is pretty much, “You need food and water to live, not foundation.” But given that there are managers who admit they wouldn’t hire someone, especially a woman, because of body odor or a lack of makeup, it seems insane to call these things luxuries — a word we use when we describe fine jewelry and private island escapes.

And I want to be clear: I know there are some women who can be just as happy and successful spending no more than $11 worth of coconut oil on their beauty regimen, or even less than that — I’m just not one of them. I’m also not saying that it’s smart to own 35 $20 shades of lipstick when you only actually wear three — that is the literal definition of excess. But the bottom line is that if we continue to frame the purchases women make to serve themselves as superficial and disposable splurges (even if they’re ones we don’t make ourselves), we are missing the point about what empowerment means. My personal belief is that beauty is not a luxury, but a necessity for navigating and surviving this world, if not for being a form of capital to help us with our careers, but for being something that makes us feel like our best selves. Sometimes it’s in the form of a new haircut that feels like a second chance, or the clean feeling of freshly conditioned hair after a hot shower, or the joyful familiarity of picking up that pink and green mascara tube. It can mean different things to each individual.

In any case, I hope we can all agree that it’s an inevitable part of modern life, and not something only a certain class of people should be able to access. Beauty is aesthetics, but it is also hygiene. It is art and it is opportunity. It is self-care. It is fun. And you know what else? It is necessary.

To close, here are some places you can donate beauty products to those who cannot afford them on their own: