Why I’m Not Entirely Against Working For Free 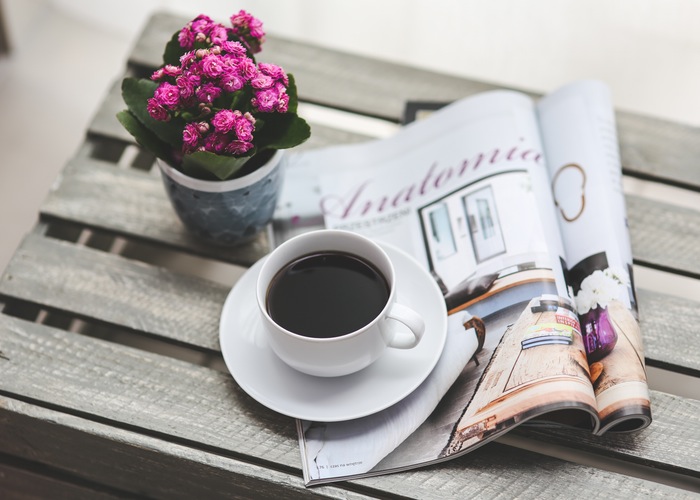 When you start out in any creative field, it’s almost a guarantee that someone will remind you to never work for free. “Know your worth,” they’ll say. “Don’t give your work away and get nothing in return.” They’ll make some sort of reference to a totally different profession and say, “Do you think anyone would ask the people trying to break into XYZ field to work for free?”

Yes, I do. A week or two ago, my best friend went back to school to become a registered dietician. She is in a highly-specified program and at the end of two years, she will embark on an eight-month internship in which not only does she not get paid, but she has to pay whichever institution takes her on. And, because she won’t make any money during that time, she will continue to incur debt because she still has to pay rent, buy food, and pay bills. She’s doing it, of course, because she is going to be great in her field and she needs this degree to become a practicing dietician, but isn’t looking forward to the cost.

Admittedly, I also have a friend who, after his second year of law school made an very high hourly rate at an internship in NYC this summer, but even he took an unpaid internship after his first year. We underestimate how many people are working for free to get their foot in the door, even in careers that we wouldn’t consider “aspirational.” The people who, in a blanket statement, tell you not to work for free don’t ever mention the fact that many people work for free at some point in their career. And shaming that is by no means encouraging.

It’s not just writing for free to break into advertising. People volunteer, and parlay that experience into their work at a larger community organization, or jobs in government. Post grads take unpaid internships after college to try to get hired by the company three months later. To break into Hollywood, people create YouTube videos, or a web series, and they write specs or a pilot after working a 12-hour shift at their day job, hoping that a manager might take them on. In order to even get into physician assistant school, people are busting their asses to get their volunteer hours in, just so they’re qualified to apply to school. We are all trying to hustle, so we can get paid in a career that means something to us. In an ideal world, everyone would get paid for the exact number of hours they put in, but we all know that’s not how it works, and are humble enough to understand when that’s fair, but to still ask for money when it’s appropriate, or long overdue.

The first article I ever had published outside of college or small town publications went up about a year ago. It wasn’t paid. You can’t track it down because I never shared it and it’s buried in a ‘from our readers’ section, which very clearly reminds people that I didn’t get paid, and in fact, followed up a few times just to get that article published. But, it was the push I needed to start submitting to other sites.

Within the last year, I have been scrambling to get published, get paid, leave my full-time job, get more freelance contracts, get more bylines, etc., and because I’m starting out, I’ve gotten the age old “don’t write for free” warning in person, and via email. I’ve also read the same advice in articles, and I’ve witnessed many Twitter rants on the subject. But the people who warn you to never work for free, typically seasoned creatives who have been in their industries for years, seem to leave too many important details out when urging you to “know your worth” and “always ask for money.” When I quit my job to write full-time, a creative at my ad agency told me I had to demand an hourly rate of $40/hour, and not work for any less.

I’m sure she thought she was helping me, and I appreciate that there have been so many people who have tried to look out for me in the last year. But, would you turn down an entry-level job valued at $35,000/year because it didn’t pay $70,000/year? The fact is, the sites that pay well are rarely willing to publish writers with no previous experience, so it behooves writers to get published, then get paid at the starting rate, and try to work their way up to better-paying publications, just like you’d climb a career ladder in any other industry.

The places that were willing to publish me were willing to take the time and help me with my work, improve it, and give me a platform where thousands of people would actually read my work. Which then enabled me to go to places that did pay, and have something to show for myself. I honestly do not think we give enough credit to the people who publish work for free, because the fact is, they are giving unknown writers a huge opportunity. When you tell a young creative to never work for free, you’re dissuading them from adding more work to their portfolio, or getting bylines that will help them get paid, and look more competitive when applying for other jobs.

Understandably, most of the tirades against working for free are with regard to situations where writers were continuously not compensated even once they have proven their worth, and were then being led on. That is, of course, a problem, but the onus is still on the creative to take initiative and leave, allot less time to the publications that do not pay, or do it because they love to. And while knowing your value means sticking up for yourself, negotiating, selling yourself, etc., it also means realizing when working for free will help you more in the long run. Part of knowing your own value is learning to bet on yourself— and if people can do that by saving up and going to graduate school, or traveling the world, then I should be able to save up and write a few articles for free without it being a travesty.

Some people start their own blogs, some are volunteering, and others are struggling through a side job to fund their unpaid internships. Breaking into a field — aspirational, or not — requires hustling your ass off. And if the people who no longer have to hustle want to sit back and tell you not to put in any hours for free, that advice could potentially, in my opinion, lead you astray. Your work has value, and you should know your worth. But someone who truly knows their worth understands that climbing a career ladder means creating a foundation, so that when they tell a company what they’re worth in hopes of getting a job, it works.