Why You Need More Women In Your Office, In One Tweet 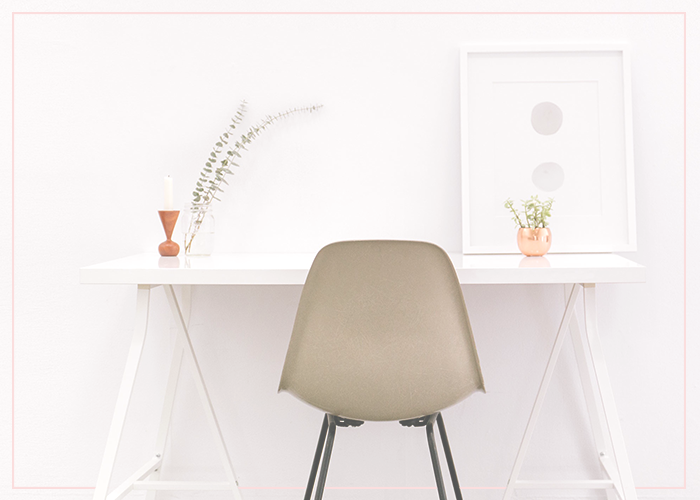 As some of you guys may be aware, last week, former Yelp employee Talia Jane wrote an open letter to her CEO about the living conditions faced by herself and her colleagues, based largely on the dire combination of “minimum wage paychecks” and “Bay Area cost of living.” And she’s a former employee, of course, because she was unceremoniously let go after publishing the article. Her post, and the subsequent firing, made the internet rounds over the past few days, and — as pretty much any open letter on the internet does — elicited some rebuttals.

The best one, in my estimation, is a letter from writer Stefanie Williams, which I read on Business Insider this morning. Nearly 30, she’s got a few years on Talia, but still falls neatly into the “Millennial” category, giving her perspective at once a bit of wisdom and the important amount of relatability. (Some out-of-touch Old talking down to Talia would have been much harder to stomach, obviously.) Stefanie explained her own path from entry-level, post-grad restaurant worker to, now, freelance writer signed to UTA. She explained how her food service job allowed her to work her way up to a good salary and real options, even in super-expensive NYC. She chastised Talia for not looking at side jobs or less-prestigious positions as options, and even called her out for flashing a pricey bottle of Bourbon on her Instagram while claiming poverty.

Both letters made important points, and both are very much worth considering in today’s post-grad economy, but Stefanie’s is, to say the least, pretty withering. She was never cruel, but she made a lot of pointed barbs, ones that would be pretty hard to stomach for anyone, particularly someone who is very newly out of a job. It would be understandable and very human for Talia to react to this with hostility and defensiveness, especially as she’s being asked to give her response from the legions of internet popcorn-eaters in the audience.

But as seen here, Talia’s response, and their ensuing Tweet-conversation, is anything but hostile or defensive:

you can disagree with who I am but you can't deny it takes balls and skill to write that rebuttal! @StefWilliams25, I commend you!

There is something incredibly inspiring about seeing that reaction — especially to something so deeply personal, acted out on such a deeply public forum — and it felt like a perfect encapsulation of something I think about a lot. I rant a lot, here and on Twitter, about the corporate world’s (and, to a more marked extent, the startup/tech worlds’) general rejection of “feminized” values or behaviors as “unproductive,” “emotional,” or some kind of vague impediment to efficiency. From the same-thing-every-day work uniforms of business leaders, to the dreaded open offices, to the endless onslaught of tech bro Medium columns about increasing personal efficiency, everything is all directed to a perfect, machine-like end. Getting in our feelings about it, according to this wisdom, is a waste of time and money.

We are supposed to remove every bit of emotion or un-productivity where possible, and the things that women are generally lauded as bringing to an office — collaboration, listening, being compassionate and emotionally intelligent with colleagues — are a laughable afterthought. (It’s generally safe to assume that the last place a startup will be putting real money is into some solid HR, a role statistically assumed by women.) Women are constantly on the lookout for too many exclamation points in a work email, too much time spent talking to a coworker about a personal issue they might be going through, the inability to brush off the subtly sexist words of a male colleague or superior. The community-oriented spirit and emotional awareness we often bring to the office can feel like more of a liability than an advantage, and the little touches we might add to an office environment to make it feel like a happy, warm place to be are regarded more as wastes of time and money than anything else.

But when you see this kind of interaction — the humanness of it, the empathy, the excitement to learn and share and ultimately find common ground to be friends — I am reminded why it is so crucial to have women in the office, and in positions of leadership. I have never seen two men in the same position react that way, and know that it is not encouraged of them to back down from what they perceive as an extreme ideological stand, of which this is a perfect example. These women represent two very different schools of thought about a very important issue, but instead of digging in, they behave in a way that is both consummately professional and deeply human. That is the best, in my opinion, of women at work, and something we neither have enough of nor value enough. It cannot be quantified, and therefore it is often forgotten. But it is hugely important.

The overarching narrative about this story will be the argument, or the “takedown,” or the right and wrong of either side (when both make important points). It will be about choosing teams, and pitting women against one another, as it so often tragically the case in the workplace. But bravo to these two witty and thoughtful women for not allowing that to be the case in their own lives, and I hope they can come together over a glass of wine and become friends at the end of this, because they both have so much to share and to learn. And like many professional women, they are big enough to be bigger than their differences, even if we don’t acknowledge it.