My Younger Brother Is Better With Money Than I Am, & I’m (Almost) Okay With It 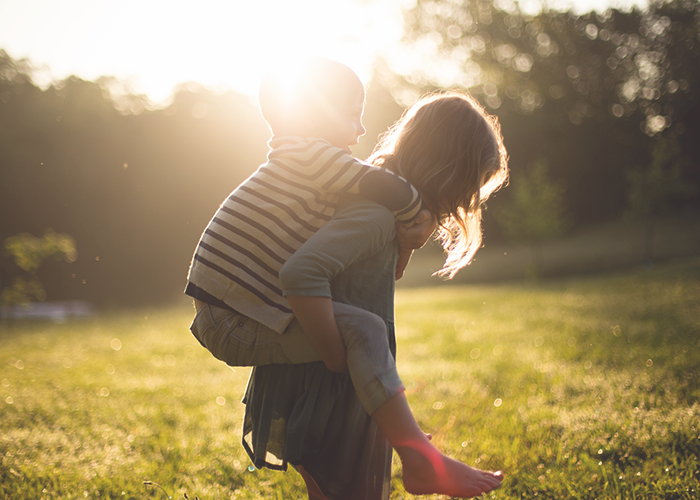 After many sleepless nights toward the end of 2016, worrying about the state of my finances, I vowed that 2017 would be different. To get to where I am now, just past the first month and trying to break a myriad of old habits — that include but are not limited to being terrible at budgeting, impulse shopping, overspending and being generally lazy — I’ve had to be really honest about what I didn’t know about money (which was everything). And then, I had to learn as much as I could through what can only be described as an ad hoc, obsessive education about personal finance

Over the past couple of months, I’ve started to read personal finance blogs (like this one!) the way I might have consumed beauty and culture blogs in the past, with a voracious appetite, and a real desire to know more and do better. Usually, you start to pick up on trends after reading a handful of articles a day, especially when you’re reading blogs tailored to millennials. I’ve noticed that a lot of blogs like to cover money and relationships, with a wide range of related topics like identifying common values, what to do when one partner makes more than the other, building wealth as a couple, etc.

While pieces about love and money don’t particularly resonate with me right now, a different kind of relationship in my life is central to how I live day to day, and greatly effects the way I think and feel about money: the one I have with my younger brother, Scott.

Scott and I grew up comfortably in Dallas, with loving, generous parents who provided a wonderful life for us. We never wanted for anything. We didn’t live an excessive life by any means, but I don’t remember my parents ever truly struggling, or worrying about money. We went on family vacations together each year, exchanged very nice gifts for birthdays and Hanukkah, and neither Scott nor I had to pay or take out loans for college.

Fast forward to where we are now. Scott and I are making the exact same salary. I’m working at a non-profit organization, where I’ll likely be for some time, and while there are growth opportunities, it will likely be many years before I see that salary grow significantly. Scott, on the other hand, is working at a publicly-traded, sleek tech company, and he’s crushing it. He’s been promoted a couple of times already, and I wouldn’t be surprised if he saw a pay bump before the end of 2017 for the hard work and long hours he’s putting in. And laying down roots in the same city has its perks: three and a half years ago, we became co-owners of a two-bedroom condo in Boston. Though he doesn’t live with me in the apartment, he and I co-manage it together, including our expenses, any updates or repairs we make to the unit, and, because I have a roommate, landlord duties.

I’ve always been proud of my brother, and I’m proud of our relationship. He is a thoughtful, hardworking person, and I think whenever something doesn’t come naturally to him, he hustles until he masters it. We have different strengths and different interests, but we share a love of learning and a desire to be the best at the work we do, and because we’re different, there’s never been much competition or jealousy between us.

That being said, there’s one area in which his superiority has haunted me — and that, of course, is with money. Scott has always been more frugal, more careful, and better with numbers; for the longest time, I blamed my lack of comfort with numbers as the root of all my money woes. But he doesn’t succumb to quite as many shopping urges as I do. Early on, he didn’t have answers about many of his personal finance questions, so he sought answers. He reads books on investing

, and he makes plans.

I, on the other hand, like to go out to dinner with friends, or buy a new face mask at Sephora because I read a review about how it’s life-changing, or spend money I don’t really have to spare on a month-long membership to a yoga studio I end up going to one time. I don’t think before I spend, and now at almost 28, I have little to show for not being more thoughtful like Scott is.

For a while, I resented him. When we would talk about the apartment expenses, or he would overhear me telling my parents I was struggling to break the paycheck to paycheck cycle, he would offer to teach me things he learned or help me make a budget or offer other money advice. Instead of taking him up on his offer, I would get angry and embarrassed. Quite honestly, I’d jump down his throat when he tried to even broach the subject of money with me. I was scared to admit how much I didn’t know, and upset at myself that I hadn’t held myself accountable to healthier money habits sooner in my adult life. On top of all of that, because I was so embarrassed and afraid of my lack of knowledge, I decided that blissful ignorance was the best route — and I chose not to ask Scott about the advice and helpful hints he was offering to share with me.

Since I started overhauling my financial life, I’ve chosen to be really open with Scott. As I’ve learned more and set my goals for 2017, I’ve asked Scott for a lot of advice, and he’s been generous and transparent with me. At 25, not only does he have a significant portion of his money in savings, but he contributes to a 401K with an employer match, has a traditional IRA, a Roth IRA, and he’s also managed to put some money towards investments with a company called Wealthfront. I was so impressed when I heard that. Besides his more formal efforts, he also helped get me set up on apps like Qapital (similar to Digit) and Acorns, which do a lot of the work for him.

Most importantly, he and I had a calm conversation back in November about our apartment savings fund, which he was building up on his own with monthly contributions, and which I was plainly ignoring. It didn’t take me long to realize that Scott resented me a little, too, and that it wasn’t fair for me to not contribute equally to the future of our condo. Now, I automatically put away $350/month into our joint savings account, and he does, too. In just three months of treating each other as equal partners, I’ve already noticed a big shift in our relationship. And when the water heater in our building unexpectedly broke, and we had to contribute our share toward a replacement (there’s always something, right?), he and I had another great conversation about our options for payment. We both advocated for our respective positions, came up with a compromise, and figured out how to move forward so that we were both happy.

This year is all about reaching — or surpassing — some aggressive financial goals for myself, and while I’m already finding that those challenges have yielded great rewards, one of the best byproducts of this crazy self-inflicted marathon is how much I appreciate my brother’s insights, rely on him for advice, and trust his counsel. Romantic relationships may come and go from here on out, but my brother will be in my life forever. Knowing he’s there cheering me on and help is making the finish line for my 2017 financial goals feel a bit closer.

Julie Judson is a Dallas, TX native and currently serves as the Events & Communications Manager at the GreenLight Fund, a venture philanthropy fund. Prior to joining the GreenLight Fund, Julie worked in development for Citi Performing Arts Center as the Manager of Institutional Advancement. She also launched the Metropolitans, a philanthropy program for young professionals supporting the Wang Theatre. Julie holds a B.A. from Brandeis University and an M.S. in Arts Administration from Boston University. In her spare time, Julie loves to dance, go to museums and attend local theater productions, and explore Boston with her friends.