10 Creative Hacks To Curb Your Overspending 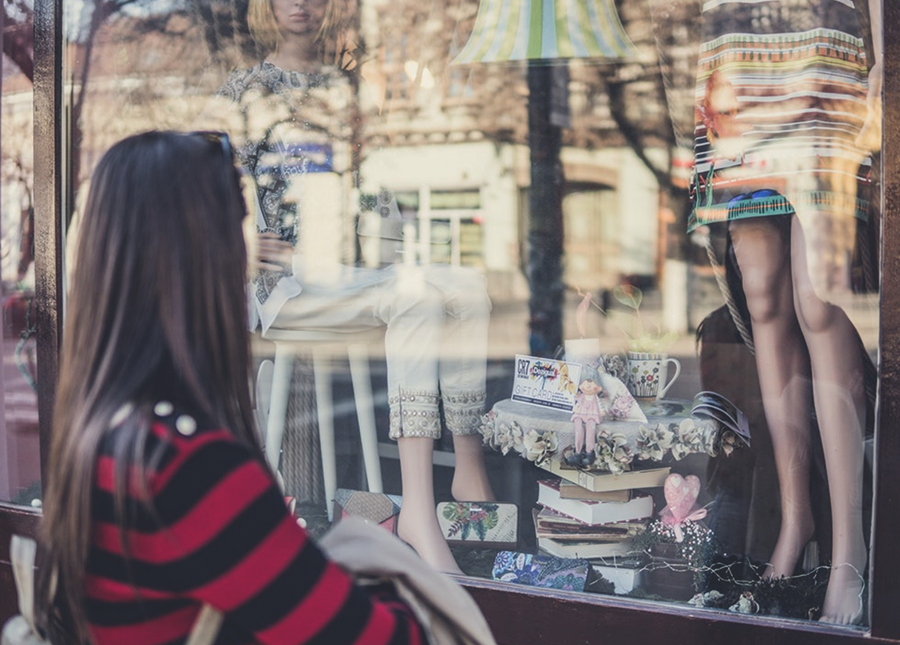 You never hit the grocery store without a list. Your phone’s loaded with coupon apps. You even cut out avocado toast for good measure. What can you do if you’re still prone to overspending? Up your game with these 10 shopping hacks.

1. Keep your hands to yourself.

According to researchers at the University of Wisconsin and UCLA, simply touching something in a store increases our “perceived ownership” of it — and the likelihood that we’ll buy it. So the next time a helpful salesperson brings out an extra pair of shoes to try on or encourages you to swipe away on the tablet, resist.

In one survey, 64 percent of respondents reported spending more with friends. Think of that friend who’ll drop $1,000 on a new phone, which makes the $200 you spent look like a downright steal. But of course, spending $200 on something you don’t need is still $200 wasted, even if it’s a fraction of your friend’s damage, points out JJ Ramberg, founder of shopping site Goodshop and host of MSNBC’s “Your Business.” If you hate going solo, bring a frugal friend who’s got your best (financial) interests at heart.

3. Steer clear of the snotty salesperson.

Call it the “Pretty Woman” effect. A study published in The Journal of Consumer Research found that shoppers were more willing to drop money on high-end clothing after interacting with a rude employee. Remember, it’s their job to make you feel like you should buy something (whether they do it nicely or not). Better to just walk away.

Researchers have found that the far left digit on a price tag disproportionately affects our perception of the price. In other words, our minds latch onto the first digit in a price like $3.99, associating it with $3 — even though the price is much closer to $4. So do the math when you see prices ending in .99 and .95 to make sure you’re actually getting a good deal.

5. Only buy necessities in bulk.

Look out for “volume deals” on items you don’t actually need, like 10 for $10 seltzer waters at the grocery store — which is, in fact, not a deal if you only want to buy two. This retailer trick is so effective that one chainsaw a double-digit decline in sales when they offered a deal of one for $1 vs. 10 for $10. Stop and ask yourself if you’ll really drink all that seltzer (or whatever) before loading up.

Trying to balance your budget? Turns out having a “heightened sense of balance” (as in equilibrium) can help. Strange, but true. A Brigham Young University study found that shoppers weighed their options more carefully and often chose the less expensive option when they were focused on their physical balance. Try hitting the grocery store after yoga or shop online at home while on an exercise ball and see for yourself.

7. Put that online purchase on ice.

Better yet, avoid online shopping temptations altogether by bypassing the “Buy Now” button. Finder.com’s browser extension, Icebox, replaces that button on popular sites like Amazon, Zappos, and Best Buy and allows you to put your purchases “on ice” for 30 days. (Many sites also have a “wish list” option for putting items on hold versus buying now.)

According to one study, we’re much more likely to indulge in small splurges — a pack of gum here, a magazine there — than big-ticket items, which we tend to spend more time considering. Makes sense, right? That’s one reason retailers pile them up around the register. The problem is that spending a few bucks at a time can add up.

Researchers suggest putting constraints on these smaller purchases, by limiting ourselves to a certain number of small splurges per week and consciously avoiding impulse buys at the checkout counter.

Think a stack of Benjamins makes you look rich? It could actually make you rich — or at least make you more inclined to hold onto your money, finds one study that looked at the “denomination effect.” Basically, that means it’s much easier to drop smaller bills than break a larger one, even if it adds up to the same amount. One theory is that while $20 bills are easier to come by, $100 seem scarcer.

Saving up for a vacation or home down payment? Give yourself a daily reminder about why you’re not blowing cash on other stuff.

“Some financial advisors tell you to leave your credit card at home to avoid temptation, but I prefer to wrap mine in a picture of my goal,” says Pamela Yellen, author of “Bank on Yourself.” “Every time I take a card out, I see a picture or words that represent my goal, and I get the opportunity to decide whether what I’m about to purchase is more important.”