10 Investments That Were Worth Making When I Moved In With My S.O. 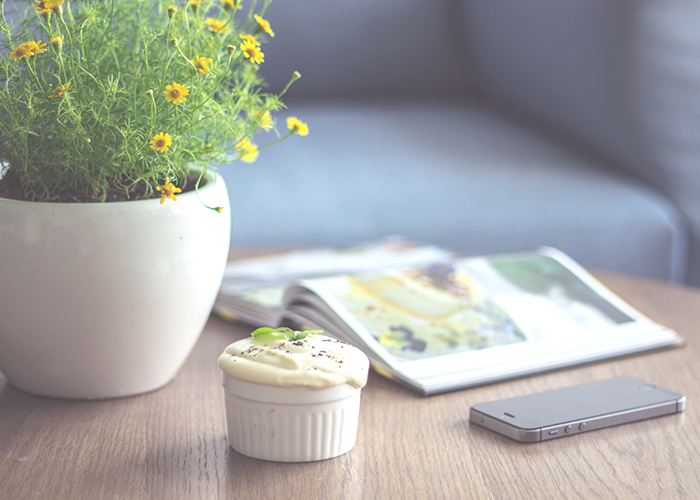 It’s hard to know what to expect when moving in with a significant other. No matter how many sleepovers you have, no matter how much time you spend together, nothing really prepares you for actually living with your partner every day. In many ways, it’s a blind leap of faith. For some people, moving in together is a stepping stone towards marriage, or for those who aren’t concerned with signing a legal document, the move itself can be the biggest sign of commitment.

Logistically, moving in with a partner is essentially a merging of your assets in a way that is much more intimate than moving in with a roommate. (You may not want your Craigslist roommate drinking from your favorite coffee mug, but you probably don’t mind if your bf or gf does it.) And among all the excitement of moving, there’s the all-business and very necessary inventory conversation. What do I have? What do you have? What do we need?

When I moved in with my now-husband/then-boyfriend, we definitely took the “What do we need?” question too far and bought a lot of things that we certainly did not need. (I’m still finding those Christmas ornaments in corners of rooms when cleaning, and I don’t think I’ve actually used my peanut butter and jelly spreader to make a sandwich once.)

However, not all of our purchases were unwise. There were some bigger investments that we made during our beginning stages of cohabitation that were right on. Here are 10 of them:

From the very beginning of our relationship, my husband and I loved to cook together. While getting creative in the kitchen isn’t everyone’s jam, we were happy with date nights that involved pretending we were contestants on one of Gordon Ramsay’s cooking shows. However, we both have pretty busy schedules. He’s a digital media coordinator for a school in Boston and a freelance photographer, and I’m a teacher slash theater director slash writer, so both of our lives are usually filled with deadlines and work we inevitably take home. The crock pot has saved our lives — and our dinners. There’s nothing more satisfying than coming home to a house that smells like your mom (or dad) has been cooking all day long, when really it’s just that little appliance hanging out on your kitchen counter.

This is probably my favorite “grown-up” purchase we have ever made. Trust me, it can be hard to talk yourself into spending this much money on a bed, but when you realize how much your night’s sleep actually impacts how you feel the next day, it starts to make sense. When we first moved in together, we sold my bed and kept his, which had a standard, full-size mattress. While my husband and I agree on a lot, we’re not the same when it comes to mattress preferences. The bed we have now has a remote control that allows you to set the firmness of each side of the mattress, which is a freaking godsend. Plus, it’s large enough to allow our gigantic lion cub of a cat to spread out between us every night without having to cling to the edge of the bed for life. A win-win for everyone.

A cat is not just a one-time investment, because the money doesn’t stop after the adoption fee. There’s food, vet bills, toys, litter, and if you’re a serious cat mom like me, cat furniture. However, our cat brings us so much shared joy, laughter, and love, that the additional money he costs is well worth the price. Even if one of us had a bad day at work, or even if we’re in an argument, we still find ourselves laughing because our cat has done something weird, like viciously kicked his catnip-filled banana toy, or completed a full somersault out of excitement about dinner time (no really, he does this).

Before marriage was even on our radar, we went ahead and bought ourselves the most cliché wedding gift of all time: a super-charged blender. I’ll be honest, we don’t use it all the time. However, it was still a good investment because when we do need it, I’m grateful that it’s there. Because of our love of cooking, it comes in handy a lot for many different recipes, and when one of us is going through a smoothie or juice phase, we’re happy to have it.

The TVs that we each had in our individual apartments were pretty sad. We decided to start fresh shortly after moving in together, and we purchased a larger flat screen. We mounted the TV to the wall so it doesn’t take up space on top of furniture. Of course, not all couples are huge TV-watchers, but we like to be able to crash on the couch after a long day at work and watch TV together (even if we don’t always agree on what to watch).

Along with our TV purchase, we bought a large black shelving unit. It contains multiple cube inserts, which allows for storing our cable box, wireless router, and video game equipment. I’m a big believer in the fact that you’re never too old to do the things that you love, so I’m not afraid to say that I love me some Pokémon video game action. (Pikachu, I’ll always choose you.) In efforts to control the clutter that comes along with some of those electronics, we bought this shelving unit, which is practical and looks classy in our living room.

7. One of those fancy knife block sets, and a blade sharpener.

Okay, there is nothing — and I mean nothing — worse than cutting yourself on knife while you’re pressing too hard to hack at a potato when the knife is dull. Real talk: this happened to my mom at Thanksgiving a few years ago and my brother had to drive her to the emergency room, which (most unfortunately) was probably filled with other people who cut themselves because they were chopping with dull knifeware. Rather than roll the dice on the knives we had since college, we invested in some high-end knives. Because we cook all the time, they were one of the most-used investments of all.

When my husband and I moved into our shared loft in East Boston, we took only the sad futon that was in my previous Allston apartment. It wasn’t long before we realized we needed something way more comfy, and something larger for when we had guests. We ended up purchasing an L-shaped couch from a furniture store in downtown Boston, and it’s ended up being one of the comfiest things we own. It’s seen us through four apartments now and we don’t anticipate getting rid of it anytime soon.

One thing that happens when you move in with your S.O. — especially if it’s soon after college — is you each have a set of dishes from your previous apartment, and they probably don’t match one another. More than likely, one of you has a conglomerate of plates and cups that have either been taken from your parents’ house (or stolen from your college’s dining hall). We made the choice to start fresh with a new set, so everything matched and looked alike. Of course, our coffee mug collection is another story.

10. A ton of organization products.

I’m a super clean and hygienic person, but clutter is my downfall. I also have a pretty hefty shoe collection, more dangly necklaces than one should probably own, and a startling number of eyeshadow palettes. Without the help of several shoe racks, makeup compartments, and hanging jewelry organizers, our apartment would probably look like a department store threw up all over our bedroom. To avoid being the half of the couple who sparks the typical, “Why is your stuff everywhere?!” argument, I knew I needed to invest in a few things that would help me stay organized.