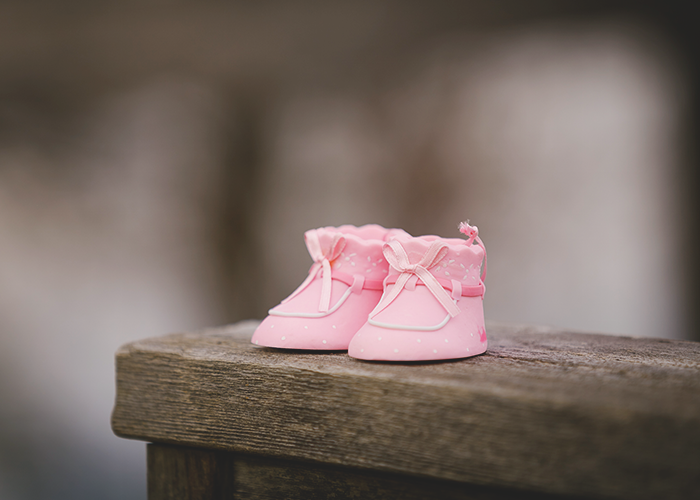 Let’s get one thing straight: babies are expensive, and they need a lot of stuff.

When I first sat down to work on my baby registry, I was quickly overwhelmed by the number of items that were recommended for parents, as well as the variety of options for every category. Over the next few months, my husband and I made dozens of trips to Target and Babies R Us, slowly stocking up in preparation for the arrival of our little girl. But what we didn’t realize is that it’s incredibly hard to know with certainty what you might need for a baby — especially when you’ve never done it before. Every infant is unique, and reality is often so much different than your expectations.

My daughter is one month old today, and at this point, I can already look back and identify some of the things that were “essential” and others that will have been a total waste of money. There are several things that we bought for her that have sat in the nursery unused, and in some cases, still in their packaging. In a lot of ways, raising a baby is a series of trial and error. Will she like this? Will this help her sleep? Will she hate this and scream her head off for an hour? Let’s find out!

In retrospect, there’s only so much preparation you can really do. You can read reviews online, you can ask your friends, and you can pore over message boards, but until you actually have that baby right in front of you, you won’t really know what works for you. It’s frustrating, especially when there’s a price tag attached.

With that, here are some of the purchases that my husband and I made that we definitely, absolutely, certainly did not need.

We knew that we wanted our baby to sleep in our room for the first few months, so we splurged on a bassinet with all the bells and whistles: it vibrates, plays lullabies, has an array of white noise selections to choose from, and rotates in a zillion different directions for optimal rocking and swaying. The problem? Our daughter seems to borderline hate it.

Part of the issue is that the area inside the bassinet is just too big for her, so she probably feels like she’s swimming inside an empty void. (Are babies dramatic like that? Mine might be.) Additionally, we think she’s struggling with reflux, so sleeping flat on her back in the bassinet seems to be uncomfortable for her. Of course, the American Academy of Pediatrics recommends that babies be put flat on their back to sleep for safety reasons, which makes things even more complicated. But as of now, our baby spends most of her time sleeping in her Pack-n-Play — or just in my arms. So much for that fancy bassinet.

One of the things I was most excited about when initially shopping for my baby was clothes. I couldn’t wait to dress her in adorable rompers and witty t-shirts — with matching accessories, of course. But now that she’s actually here, most of those cute clothes have remained folded up in the bureau. She basically lives in onesies that have a shelf life of about one hour until they’re covered in spit-up or some other bodily fluid. By the time she’s ready for adorable outfits, she’ll have outgrown the ones we already own.

Don’t get me wrong — having a breast pump is vital if you plan to breastfeed. But what I didn’t realize is that a lot of insurance plans cover breast pumps, which is great, because they’re pretty expensive. Sadly, I purchased one before doing adequate research, and because I had immediately taken it out of its packaging in order to figure out how to use it, I wasn’t able to return it. Epic. Fail.

The very first item I bought for my baby was a tiny pair of shoes. Who can resist mini boots or sandals? They’re pretty adorable, and it’s even more exciting to imagine those little feet that will fit inside. The thing is: newborns don’t really need shoes since they can’t walk, and they spend most of the time indoors. In fact, my baby has even only worn socks a handful of times since her birth; most of the time, she’s completely barefoot, and I’m pretty sure she likes it that way.

Right now, my daughter’s room is filled with toys that she has zero interest in, considering she can only see a few inches in front of her face. Eventually, she’ll probably love playing with her stuffed animals and colorful blocks, but that money probably could have been spent on other essentials that we needed in the first few months.

When babies are born, the hospital always puts a little hat on them, so it’s not surprising that people think that newborns need to wear hats 24/7. But according to the American Academy of Pediatrics, babies don’t need to wear hats once they are home from the hospital unless it’s very cold. (My little girl was born in September, and the weather has been pretty warm since then.)

In addition to the non-necessity of hats, most of the ones that we own are way too big for her. She also seems to hate them and gets super fussy every time we try to put one on. Not everyone is a hat person, and that definitely applies to infants as well.

While pregnant, I got really into decorating our nursery, which is woodland themed. I’d purchased a few changing table covers that were in the shape of animals, and had the texture of a fluffy blanket. The problem? Babies often pee and poop while getting their diaper changed, and fluffy blankets aren’t exactly easy to clean. I think these covers lasted about a day until I switched to ones that contained a wipeable surface.

Most new parents are encouraged to swaddle their babies, as it allows them to feel secure like they did in the womb, and keeps them from getting disturbed by their startle reflexes. We purchased a bunch of swaddle blankets in preparation, after getting a lesson at one of our childbirth education classes. However, the day we came home from the hospital, we realized that our girl was pretty skilled at kicking out of every swaddle blanket we owned (which I should have expected, given how much she kicked while I was pregnant). We finally gave up and bought several zipper swaddle sacks, which are so much easier to use, but also much more expensive than the blankets. Le sigh.

9. Nursing bras with clasps on the straps.

I stocked up on several nursing bras during my last trimester, some of which had clasps on the straps for “easy” access. I don’t know who designed these, but they are certainly not easy to undo — especially when you have a baby in your arms. I’ve ended up cycling back and forth between two bras that criss-cross in the front, which allow you to just pull them down to feed rather than deal with a stubborn plastic clasp.

10. A TON of newborn-sized diapers.

It’s incredible how quickly you can go through a box of diapers…but it’s also amazing how fast babies can grow. Our baby was pretty small when she was born, so we thought we’d be in the newborn size for a while. Turns out this wasn’t the case at all, and she needed the next size up a lot sooner than we thought. With that, it’s always a good idea to stock up on several sizes of diapers from the start — otherwise, you’ll be making nighttime Target runs when you’d definitely rather be sleeping. After all, the one thing you can count on with a baby is that they are predictably unpredictable.

De is a Boston-based writer and editor. She loves cats and coffee with an equal passion, and pretty much always wears winged eyeliner. You can follow her on Twitter and Instagram.