10 People Get Real About What They Actually Spend On Food 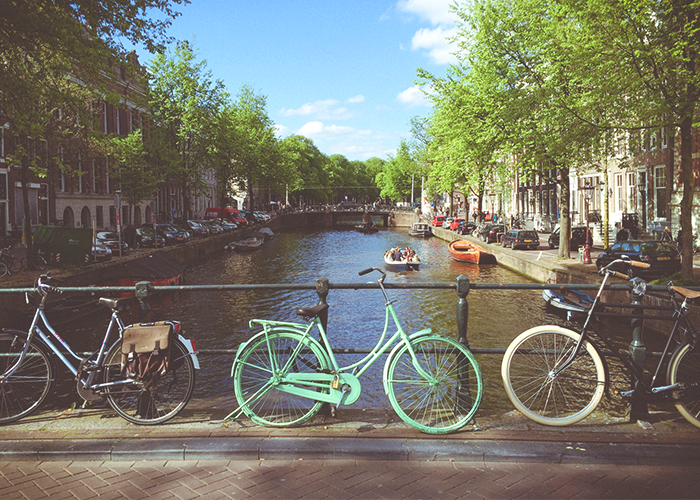 A month or so ago, I mentioned my grocery budget in a post here on TFD. Our grocery schedule and budget changes weekly, because Drew’s schedule is so unpredictable –- but generally, we go shopping once a month at a wholesale place like BJs or Costco, then twice a month at a smaller place (usually Trader Joe’s because your girl loves those prices, but sometimes Stop & Shop). Our BJs trip usually costs around $100, and the smaller in-between trips are usually $40-60 depending on exactly what I get. This makes for a pretty reasonable grocery budget, although sometimes, it feels all wrong. Some weeks, I feel like we have extra and are throwing away food, and likely overspending. Some weeks, it feels like I’m trying to scrape shitty leftovers together to create some semblance of a meal that is usually rounded out with a bowl of cereal.

It is safe to say I haven’t hit my “grocery shopping sweet-spot” yet. But I want to establish some sort of regularity in that routine, and create a budget that actually works. Aside from trial-and-error, and simply making note of my grocery-store habits and tracking what actually gets eaten, what seems to be lacking, and how much we’re spending on all of it, I have another way I plan to figure out what works -– copying everyone who has it right.

I, like many other people my age trying to pave their way in the real world, loooove to compare myself to others. So, I decided to go around and ask a bunch of people to let me get really nosy about their grocery shopping habits.

I asked people what they spent, what they’re spending it on, how much of it they actually use, and what they think they’re doing right (and wrong) when it comes to buying food. Additionally, I questioned them about how much of their grocery store food shopping is supplemented with meals out. Everyone had something different to say, which I love (she says sarcastically) because I’m still confused about how much I should be spending on my weekly vegetable haul.

But it was insightful, nevertheless. I asked 10 people to be super-honest with me about what they actually spend on food -– this is what they had to say.

1. “I spend probably only $150 per month, but I’m only shopping for myself, I don’t get a ton, and it is all organic and lasts me a while. This is mostly groceries and not really restaurant food. I also have a Halo Top addiction that is quite severe.” –- Maggie

2. “My wife and I are on complete opposite schedules at the moment so our food budget is almost entirely takeout stuff, which is financially gross, I know. But it is temporary, and we cook every night when our schedules align, so I don’t feel too bad about kind of leaning for convenience during this busy time for us. I buy breakfast and lunch at work, and usually find something to eat at home for dinner, and she eats at home in the morning and then always buys something in the evening because she works late. I think I spent roughly $50-60/week at the moment on takeout food, and probably the same for her. Then we also have been doing once a month food shopping costing no more than $75 just for some basics to keep here for the small meals we do cook at home. Our positions at work will be shifting a bit soon and we’ll be back on a normal schedule, and spending probably $300 a month. We’re definitely more conservative about our food budget when we’re working regular 9-to-5 schedules and cooking every night.” — Brendan

4. “I live with my boyfriend and we are in our late twenties, very active, and collectively spend at least $500 a month. I’ve been using Amazon getting groceries delivered because we both work full time, and grocery shopping is one of those things that I don’t necessarily enjoy, so I was happy to pay a premium to cut that activity out of my weekly schedule. That number is also including dinners out/takeout nights, which are generally Friday and Saturday and sometimes even Sunday. We usually do go out or order food twice a week. I just include that with my grocery shopping food budget, because it is non-negotiable. I’m all for living frugally, but I love food and I’m not interested in giving in there. I’d rather cut other things if I need to because I enjoy cooking and going out to restaurants so much.” — Sasha

5. “I separate my food shopping from my restaurant-going budgets, because I consider them different things. Food shopping budget for the month (family of two) is about $350 –- however, we tend to keep it a little under and end up around the $320-330 mark, so I might adjust that soon if the pattern keeps on. I put my restaurant-food budget in with my ‘going out/miscellaneous’ budget that is mostly just money for all entertainment purposes. The budget itself is $200, but the portion of that budget that goes for food is probably more like $100-150.” — Amanda

6. “My two roommates and I do our shopping together, just because we like to get a lot of the same things, but things are often not sold in small enough packaging for one person to go through the entire thing before it goes bad. We found that sharing stuff means that we actually use all of the food up and waste less. We just do a big shopping trip once per month and usually end up spending about $150 each when we split up the bill. We also each supplement by like, buying food out some nights or picking up something we want if we’re coming home late, or other sorts of recreational food purchasing.” — Libby

7. “I do not budget. Lol. Not for food or anything, really. I will estimate that I spend about $75/week on food. I’m actually not sure if that is a lot for someone who lives alone, but that’s my guess. I do well financially and I’m not too worried about it. But I do feel like I have a lot of leftover food that goes bad and needs to get tossed before I get around to it, so I may need to reconsider and figure a better food system out for myself.” — Tim

8. “I think it is assumed that people who are vegan

spend a lot on fancy organic/gourmet food, but I spend on average $200 per month on food or less. Often closer to $150. I assume just because meat can be quite expensive and that’s something that just isn’t in my budget.” — Kaitlyn

9. “$80 per week on food, including going out. I’ll usually spend anywhere between $40 and 60 at the store depending on what I know my plans will be for the week, and set a pretty tight going out budget. Obviously, if I don’t spend all $80 in one week on anything, I roll it over, so I can go out to a more expensive meal or something if I want to for any reason. In general, though, I steer clear of that mostly for money reasons. I’m not huge on going out so I’d much rather just cook food for cheap and stay on budget.” — Christian

10. “Since I have a really young daughter — just under a year old — I do count her food in the budget. She eats solids, but very small amounts. I’d say our budget for all three of us is $400 a month at the moment, but I definitely see it going up as she starts to eat more and I need to buy more kid foods

instead of just giving her bites of our fruit.” — Shannon