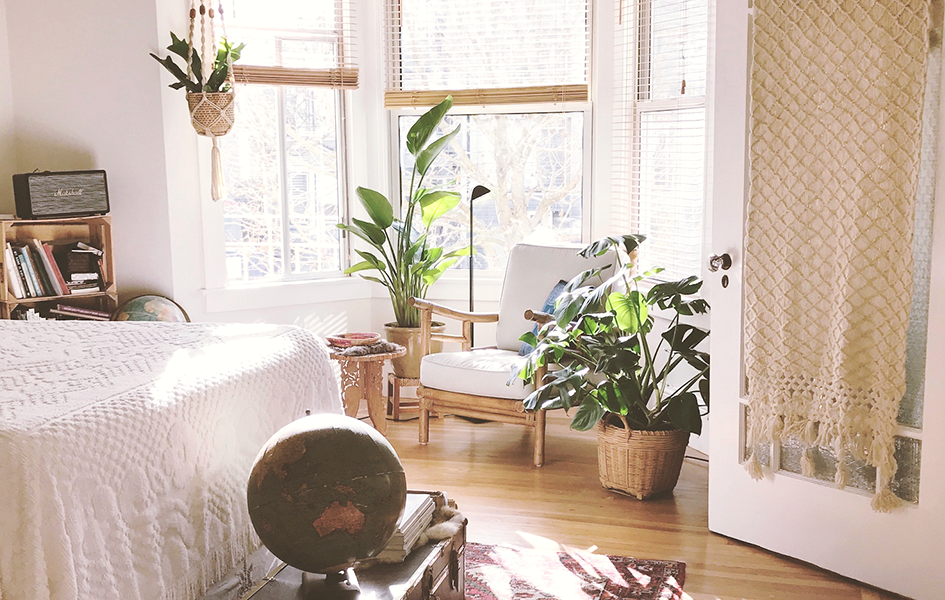 Even though rent is easily the biggest expense in my life, I am reluctant to reduce that cost by getting a roommate. I spent eleven years (including college) with roommates, and while there are some people I genuinely loved living with, there were others who were just downright unpleasant. After three years on my own, the conditions would have to be exactly right for me to go back to having a roommate again because there are just so many things I love about having a place to myself:

1. I can hit the snooze button as much as I like. Sometimes I enjoy indulging the piece of my heart that doesn’t want to get out of bed immediately. This wasn’t always an option when I shared a bathroom with several other people because not getting up and showering according to our carefully negotiated schedule meant that I ran the risk of throwing someone else off her schedule and making us both late. Now I can drift back to sleep or wander through social media until I’m finally ready to drag myself out from between the sheets.

2. No social demands after a long day. I am an introvert through and through. I do my best to put on my extrovert mask at work — or at least be approachable — which frequently leaves me emotionally drained and just wanting to recharge. Coming back to a silent apartment is a godsend compared to coming home to extroverted people who want to be friendly and chat or hang out or go out. Having a quiet space where I know that no one can bother me allows me to recharge faster and actually helps me get excited about going out and doing social things with my friends.

3. I am responsible for all the bills. I don’t have to worry about someone else’s mistakes affecting my finances or credit. I don’t have to have uncomfortable talks about whether or not my roommate can make rent this month or chase down old roommates for their share of the utility bills for our last month on the lease. It massively increases my feelings of financial security to know that I haven’t been yoked to someone else’s financial life and that any mistakes are entirely of my own making.

4. The only standard for cleanliness is my own. Yes, I’ve been in a dirty dishes war. It’s unpleasant and frustrating and wow, does the resentment build up fast when you’ve spent an hour washing, rinsing, drying, and putting away dishes that didn’t even belong to you in the first place. There have been months where I cleaned the shared living areas all by myself because it hadn’t gotten “bad enough” for anyone else to do it. It’s remarkably freeing to know that things will be clean because I left them that way.

5. I don’t come home to unexpected guests. No, I’m not okay with your cousin crashing on our couch for a week, especially not when you wait to tell us until she’s already here. What do you mean you planned an elaborate dinner with a giant group of people and now I can’t cook my own meal because you’re using every burner on the stove? Why are you having a party until midnight on a weekday when I have to get up at 6 AM? The number of roommates I had who couldn’t even give a heads up in the morning that we were going to have a full house that evening was staggering.

6. Kitchen equipment is always where I left it. Second only to the dirty dishes war in kitchen-related annoyances is when no one agrees on where things go. Sure, people can generally agree where the plates and cups and silverware go, but I’ve had roommates who just toss everything else into whatever drawer or cupboard happened to be nearby. It’s extremely annoying trying to figure out where someone stuck the rolling pin or the zester when I’m halfway through a recipe.

7. No one infringes on my space. I came home one late October evening to find that my (mid-twenties! you should know better!) roommates had entered my private room without asking, opened the window, took out the screen, plugged in fairy lights, and then strung the lights out through my window and over the tiny back porch for some kind of romantic double date. Hours later I had to go downstairs and ask/tell them to get the lights out of my room so I could close the window and stop freezing. Another time, those same roommates decided they were going to turn the living room into a giant blanket fort and then leave it up for a week because…the living room belonged to just them? I eventually snuck down one morning to rip a corner of the fort down from where they’d stuck it to the ceiling with pushpins, and the fort starting to “fall” was apparently the sign they were waiting for to give the rest of us our shared space back. (These were the roommates who made me swear I’d never live with random strangers again. Never.)

8. I don’t have to hunt for outlets. I have a laptop, a cell phone, a tablet, and a handful of other gadgets that are all in various states of needing to be recharged at any given point in time. Because it is just me, I have plenty of outlets to spare, so I don’t have to play the hey, my laptop is about to die, is yours charged enough that I can swap them game anymore, which could reach ridiculous levels in college.

9. No more worrying about whether the door is locked. Whether you call it paranoia or just not wanting to get murdered in your sleep, I’ve always had to check to make sure the door is locked. I’ve had too many people leave their keys in the door overnight to trust that anyone else has secured my home properly. It’s nice to know that once I’ve locked my door, it stays locked, and I don’t have to force myself out of bed to check when I hear a roommate coming home late. I also won’t ever fall into the trap of thinking that I don’t need to bring my keys because surely one of my other five roommates brought hers. (As it turns out, the other five all had the same thought.) Being in charge of the locked/unlocked state of my apartment at all times gives me peace of mind.

10. I can enjoy my entertainment in peace. Don’t get me wrong — I actually really like watching movies/tv shows with friends, but it’s a different experience when you’re alone. There’s no one to fight with over which tv show is or isn’t on at that moment, and I can listen to true crime podcasts while doing chores without anyone complaining about overhearing all the gory details. I can stay up until one in the morning to finish The Broken Earth trilogy without being told to shut off the lights. And if I end up bawling my way through the finale of a video game, I can do it without a roommate shoot me mildly concerned looks while I am Having a Moment.

Living alone may not be for everyone (or even financially feasible for everyone), but I’ve found that there are many parts of it that I truly enjoy, and I feel fortunate I am able to make room for it in my budget. Having a place to myself gives me a lot of comfort and significantly cuts down on my stress compared to the years when I’ve had terrible roommates. Maybe someday I’ll have a roommate again, but until then, I’ll just enjoy the perks I have now.