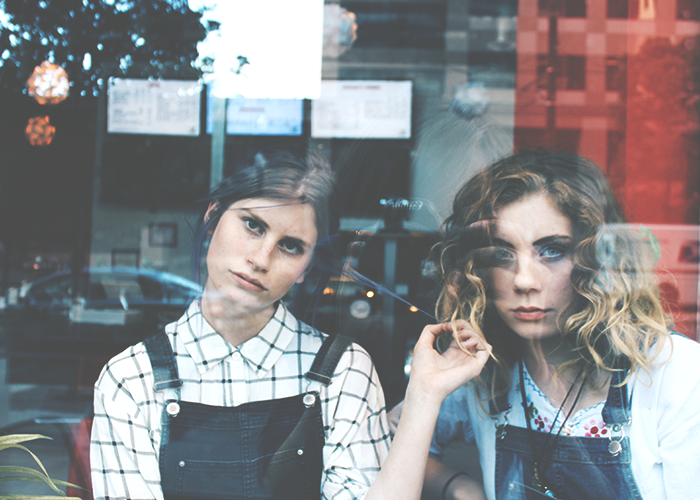 The average TFD reader is 27, which means they are likely in that late-20s period where you know that adulthood and maturity and long-term planning are words that should absolutely be in your vocabulary, but you also don’t fundamentally understand what they entail. Everyone has different benchmarks and starting points, and the goalposts of what adulthood should feel or look like have changed dramatically with our generation — so what do we want as we hurtle towards 30? I think a word that is generally safe to focus on is “options.” We don’t need to aspire to the same things or earn the same amount, but we do want to give ourselves the biggest amount of flexibility to live the way we want, and we want to (insofar as we can) protect ourselves from the world with a solid financial cushion. We should aspire to have an emergency fund, financial literacy, a retirement account, and all of the other basics that mean unforeseen changes in how we live are not the end of the world.

And part of that means maturing in the way we spend money, just as much in how we save it. Gaining control and clarity over the money we spend and why — really understanding our habits and our purchases — is a big part of not just managing our money, but having that elusive “adult” feeling. We run our wallets, not the other way around. So, in the interest of learning more about how people on the other side of 30 have honed and improved their spending habits, I asked TFD readers to share their biggest spending changes in comparison with their 20-something selves. Here are some of my favorite responses:

1. “My biggest change would be to spend more on experiences and going out vs. spending money on things. I’m big into movies and I’d always be trying to buy DVDs or a nice home theater set-up. I’d go out and buy a bunch of video games and say ‘this stuff will keep me occupied while I sit at home eating ramen for the next few months saving up money!’ It never would, though, and I’d go back out soon after to acquire more crap. Now I do much less of that, although it wasn’t an overnight change. I think just growing older you start to learn what makes sense and what doesn’t, and wean yourself off of the shitty habits. I still spend way too much money, but not nearly as much as I did before, and even though I don’t have anything physical to show for the money that I’ve spent, it’s much more fulfilling. Needing to get some random movie on DVD the day it comes out was always some bullshit fleeting status symbol.” -Scott

2. “How my spending has changed in my 30s: I’ve become much more focused on quality over quantity when it comes to most things, but particularly about clothing. I spent THOUSANDS on cheap-ish clothes in my 20s from places like Target and LOFT — trendy, low-priced, and often poor quality/I’ll-fitting items that I consumed like candy. I’ve purged most of those items in my 30s, and now I’ll spend $75-$100+ on a single piece, like a high-quality sweater turtleneck from Brass or an all-wool LL Bean sweater. I still look for sales and deals, but I’m most focused on simple items I can wear again and again and will last for several years. I also just buy less overall: I used to spend hundreds per month on cheap clothes (because they were so cheap, you know!), but now if I’m going to drop $100+ on a single item, I give it a lot of thought before I hit the purchase button. I love the peace that has come with letting go of chasing the latest trends and simplifying my wardrobe to items that make me feel most confident and look my best.” -Alicia

3. “When I was in my 20s, I focused a lot on food spending. i.e. what was the cheapest thing that probably wouldn’t kill me. Which meant a lot of fast food (two for a dollar type deals). I also focused a lot on short term gratification: treats, movies, etc… When I was a broke college student, fun was more difficult to come by. When I got into my 30s, I spent a lot more time focusing on the VALUE I was getting for my money. Even when I was a broke grad school student, my money was being more wisely spent on vegetables and fish or chicken. I started taking stock of how things made me feel and for how long and this meant adjusting spending.” -Nick

4. “For most of my 20s, I focused so much of my spending on other people — dates I wanted to impress, friends I wanted to keep up with, gifts I couldn’t really afford but which made me feel good to give. In some ways, I think I associated spending money with showing love, probably because I grew up without a ton of it, so it was something that really gave me a rush to do. I loved offering to buy people a drink, even when I couldn’t really afford one for myself. And while I definitely do still treat people from time to time, and spend my money on my loved ones, it’s much more measured. I don’t constantly feel the need to be giving people things to make them like me. Even on dates, I go somewhere within my budget — if it’s not ‘good enough’ for the girl I’m taking out, then it’s not a fit for me. I don’t stretch my means for validation, and I primarily focus on my own long-term goals. It feels a lot better.” -Alec

5. “In my twenties, I always joked (but was quite serious) that I spent all my disposable income on orange juice, vodka, beer, cute bar tops and parmesan cheese. Nowadays, it’s all about mortgage payments, capsule wardrobes and nice dinners with friends as a treat. Oh, and I still manage to factor my parm addiction into my monthly budget.” -Sam

6. “My 20s were definitely a time of financial chaos, especially because I felt ‘allergic’ to having a budget. I would go into stores and spend because I was stressed or recently-dumped or hungry or whatever emotion, and then would often feel filled with that sense of self-hate afterward. I was a binge spender, basically. And I earned enough money that I was able to kind of float along through that decade without really, truly feeling the pinch, but I also wasn’t building towards anything. Like, when I turned 31, I realized that most of my friends owned property, for example, and it totally wasn’t an option for me because I didn’t have enough liquid savings. So I started then and there working on a budget because even if my goals weren’t the same as anyone else’s, I wanted to have more ‘big’ options. I wanted to control my own destiny, and that meant seriously reining in the emotional, thoughtless way I spent. In just one year I went from saving about a grand a year to saving just under 10k. Now, it feels natural to me to give myself a very clear ‘allowance’ for all my fun stuff.” -Olivia

7. “I spend more money on the little luxuries like champagne instead of going out to party. I remember going out when I was 21 and 22 blowing off steam, spending excessive amounts of money on alcohol and expendable people and things. At 30, I’d much rather buy a nice bottle of champagne or craft beer, depending on my mood, and being aware of what’s going on and the memories that I’m making. Happiness isn’t found in a bar for me anymore. It’s found in a bottle of bubbles and bonding.” -Gia

8. “In my 20s, whenever I felt rushed or stressed, I’d mindlessly throw money at a problem because it felt like an easy way to fix it. Rather than take the time to slowly solve a problem the #Right way, I’d rationalize out-of-control spending like, ‘Here! This money will make this situation better!’ For example, if I felt stressed about having guests stay over, or if an argument with a friend broke out, or if my mom said she didn’t see me enough, I’d find a way to spend money on unnecessary supplies, or alcohol, or trips I couldn’t afford. It all felt like I was making problems go away. Now, instead of panicking when I feel out of sorts, I slow down, take a breath, leave my credit cards at home, and write down a list of all my fears (or the worst possible outcomes), and think of tangible, adult-like ways to handle a tough situation with a good, old fashioned face-to-face conversation.” -Katy

9. “‘I’m 31 and would SO much rather spend money on my home. We just purchased a 1910 bungalow that’s been completely renovated, and I have spent so much money on stuff for it, but I’ll like, buy drugstore makeup with a 30% off coupon. I think it’s all about investment for me? Although I will spend money on Botox lol. But that’s investment in my face which is the only one I’ve got.” -Lauren

10. “Re: 20s vs 30s. I used to think that having half my rent perpetually in my checking account was ‘being good with my money.’ Now I keep and balance a YNAB budget and have an actual savings strategy with an emergency fund, proper retirement distributions, and a monthly spending buffer.” -Colin

11. “My spending in my early 20s was so haphazard. I didn’t keep a budget, and spent money on the most inane things. Throw pillows, kitchen utensils, fast fashion, regular manicures. None of it had a rhyme or reason other than I just felt like it at the time. As I approach my 30s, I have things I want to do that feel more substantial. I want to take a real vacation, I want to invest my money, I want to be prepared for any emergency. My miscellaneous spending has decreased dramatically and my spending has more closely aligned with my priorities: health & fitness, time with friends, sustainable fashion. As for savings… So much of my savings in my 20s has been focused on the short term goals: move across the country, attend the weddings of my friends across the country, build an emergency fund, pay for medical expenses. I have been contributing to a 401k since I started working but have been taking that more seriously and increasing the contribution. I don’t plan on having children and I’m lukewarm on home ownership, but I don’t want to work forever. I am starting to set goals for myself to reach in my 30s to set me up for some financial freedom later in life.” -Jenn