11 Financial Milestones I Tried (And Failed) To Hit By 30 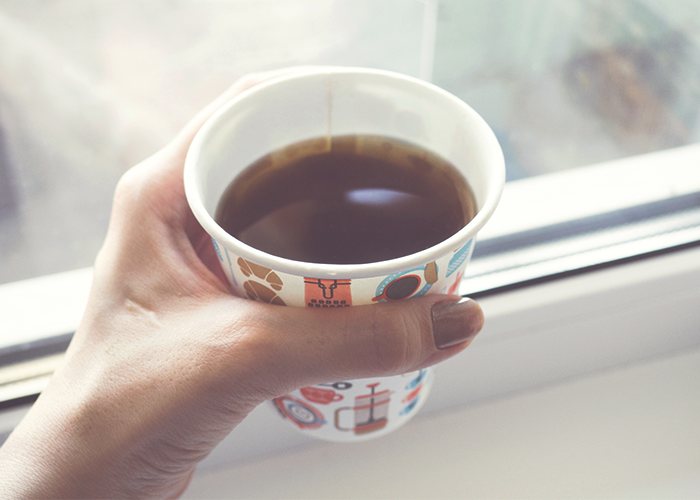 Just like Jennifer Garner’s character in Thirteen Going On Thirty, I thought I’d have all my sh*t together by the time I reached the big 3-0. I’d be an adult. Let’s be honest, this is just a grown-up version of the thought that plagued all of us in middle school: “When I’m sixteen, I’m going to be incredible!” And as we got older, that number just got higher. I’m fully convinced that I’ll be 55 one day, thinking, “Oh I’ll probably have my life together by the time I’m 60.”

Truth be told, we probably won’t ever feel satisfied with certain aspects of our lives. And I guess part of the fun of being alive is never really feeling “done.” We always have to improve, and we always have to grow. That said, it’s kind of humorous (or, at the very least, pathetic) to look back on some of the milestones I thought I’d hit by the time I reached my third decade as a human on this planet. Some of them are sheer wishful thinking, and some make me cringe with embarrassment.

I may be “thirty, flirty, and thriving,” but I definitely didn’t meet these goals — and you know what? That’s okay.

1. Expectation: I’ll definitely own a house by age 30.

My husband and I live in the Boston area, which is basically the same as any housing market in any big city: ridiculously expensive. Even the suburbs of Boston are very financially challenging, with houses of decent size and quality rarely dipping below $350K. Buying a house is often perceived to be the ultimate “adult” milestone, but in my opinion, there are a lot of perks that go along with renting that I’m not entirely sure I’m ready to give up (aka the beauty of not having to shell out thousands of dollars when an ice dam causes major flooding, which is what happened to us last year).

2. Expectation: I’ll have a relatively fancy car, or at least a new one.

Reality: I still drive the first car I’ve ever owned.

While a new (read: new to me, but probably still used) car is possibly on the horizon for me in the near future, it definitely won’t be fancy by any standards. I currently drive an ‘05 Jeep Liberty Sport, and while it’s cute and practical for those Boston winters, it’s not shiny or glamorous by any means. No joke: my car sometimes makes farting noises, so that definitely wasn’t a part of my “vision” for the big 3-0.

There’s a little voice in the back of my head that often whispers to me, “Shouldn’t you be buying eye cream or something?” (Idk, isn’t that what we’re supposed to do when we leave our 20s?) The truth is though, I can’t bring myself to spend money on stuff like that. I’m sure it’s beneficial, and I’m sure there’s probably some beauty consequences that are headed my way in four or five years, but I’d just rather spend money on #LipKitByKylie, or something.

Reality: I’ve spent a lot of time in coach.

While I do love to travel, I very rarely do it in style. I’m all about those flight/hotel/car bundle websites, like Expedia, which is great when you find a hot deal, but not as great when your flight gets canceled and you have to spend your entire trip arguing with customer service or waiting to fly standby. Anyone know how to get a private jet? A free private jet?

until they have holes in the bottoms.

Even now, when I watch reruns of Sex and the City, and even though I know it’s a TV show, I get so irrationally angry. HOW DOES SHE HAVE THAT MANY SHOES?! SHE IS A WRITER! I AM A WRITER! It’s just so unfair. Then again, Carrie Bradshaw didn’t have any money in her checking account because she spent it all on shoes, so there’s that.

6. Expectation: I will have a crystal clear understanding of various retirement plans.

Reality: I still need to google “What’s the difference between a 403(b) and an IRA?” on a semi-regular basis.

Nothing makes me feel dumber than meeting with financial planners. Hats off to those who work in finance, because I think you have a different brain than I do. I make it my mission to know as much as I need to know in order to maintain my retirement plan healthily, but when it comes to the details, I’m just as fuzzy as when someone tries to explain how football works. (What’s a “first down” again?)

You know how some checkout lines put certain items on shelves that are perfect eye-level for children? I feel like most checkout lines appeal to me in the same ways. As much as I try, I cannot resist that chapstick that smells like pomegranate, or that ridiculously cute tiny notebook. I definitely try to cut back whenever possible, but I have no regrets about the occasional luxury gummy bear purchase.

I don’t know how those self-declared minimalists do it. I would kill for a mostly-bare apartment with clean, Instagram-worthy countertops. But no matter how much I try to clean and purge, I still feel like I constantly have so much stuff. Part of my problem is the fact that I’m way too nostalgic and ask myself, “What if I want to keep this?” far too often. But it’s hard to part with things that have such sentimentality, and when you’re an overly-sentimental person, that can mean literally everything.

9. Expectation: I will master the art of extreme couponing.

Reality: I can never remember to bring coupons with me to the store.

Thanks to reality TV, it seems like “couponing” is the hottest way to save money. However, unless you are super organized (or someone who loves using scissors), it can be difficult to keep up with. That’s why I like electronic coupons and vouchers. If I can keep them in my phone, they’re a lot easier to use. I just feel so disloyal to the environment when I hang onto too many paper coupons.

10. Expectation: I’ll possess such sharp negotiation skills that no one will mess with me.

Reality: I’m still working on this one.

Negotiating is hard work, especially when the person you’re negotiating with is kind of a jerk. Whether it’s a car salesman, or a prospective landlord, you need to be tough, persistent, and aggressive as hell. When you’re none of those things by nature, the challenge becomes even greater. My best strategy? Fake it ’til ya make it.

11. Expectation: I will eliminate my student loan debt.

This probably won’t happen for several more years, but I’ve found that it’s important to investigate different options. If you’ve refinanced in the past, chances are, it’s affected your interest rate. It’s essential to know what you are paying (and why) and to strategize the fastest way to reduce your loans. The information is out there, but you just need to know where to dig for it. (TFD recently did a video about it here.)