11 Miracle Products You Probably Already Have In Your Pantry 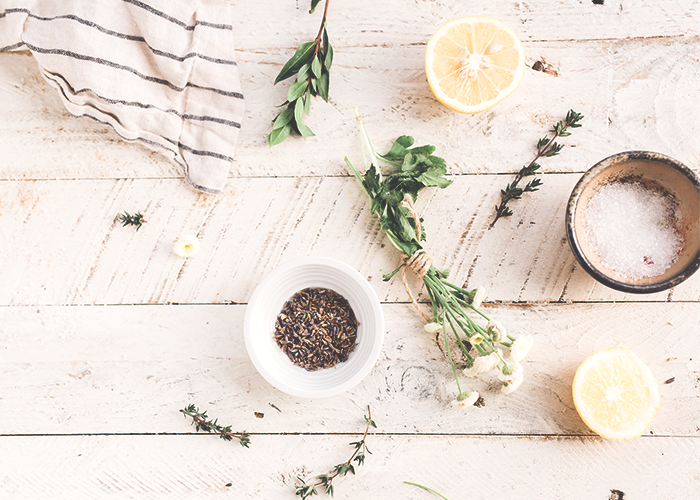 A few summers ago, I was bored one day, and decided I would figure out how to lighten my hair at home. I didn’t feel like buying anything, so I quickly looked up some DIY hair lightening recipes and settled on the first one I came across that involved ingredients I already had. That ended up being a combination of honey, olive oil, and cinnamon. I applied a thick layer to my hair, wrapped it up in plastic wrap, wrapped it in a towel when the plastic wrap failed to keep the goop from running down my forehead and the back of my neck, waited 30 minutes, and rinsed it out in the shower. Guess what? It did not lighten my hair, and it took several washes for it to come out all the way. It also ruined a perfectly-good white towel. (At least it smelled good, and made my hair extra shiny.)

Needless to say, I am no DIY queen. I love the idea of making fancy, complicated home products on my own, but that ends up manifesting itself in me making a hasty decision to try making something after doing very little research on what would actually work best. For example, I once tried to fix a rampant fruit fly problem in my kitchen my making some DIY traps that ended up just making the problem worse. I have never gotten into making my own beauty products because it seems like a bit too much effort, even though many people swear by them. I’ve known several people who’ve found a ton more DIY success than I have.

However, there are several “DIY” products that I’ve made work for me time and again. I say DIY in quotes, because they’re all things that can be used on their own, for many purposes beyond their “intended use” — like apple cider vinegar as a face toner, or coconut oil as a makeup remover. It’s a huge plus when I already own something for cooking purposes, and then find out I can use it for several other things. I’ve put together the following list of products you likely already own that do simple, everyday things either all on their own, or in combination with just one or two other products. Doing It Yourself should be accessible to anyone, so if you’re low on time or patience, these handy products can make your life a little easier with very little effort. Enjoy!

I already mentioned using it as toner, but it’s also great for a number of other things — treating insect bites, cleaning drains, and even helping with dandruff. I already have apple cider vinegar on hand for cooking most of the time, so I was very excited to come across this list of all the things it can do.

My roommate and I use coconut oil for so many things between us, we’ve started just keeping a jar of it in the bathroom. He uses it every week as a hair mask, and it truly is the best eye makeup remover I’ve come across. Plus, it’s a lot less expensive to use a little bit of it at a time than to use those disposable wipes. Here is a link for DIY coconut oil makeup remover wipes, though I personally prefer just dabbing some on my eyelids or wherever (it doesn’t sting!) with a cotton swab, and wiping it off with a tissue. Super easy! And here is a list for the many other ways you can use coconut oil as a beauty and home product.

I’ve been wanting to try this DIY teeth whitener for a long time, because I’ve heard about how baking soda really does work in that regard; however, I am lazy, and honestly don’t care about having super-white teeth. But there are many other uses for baking soda that are way easier to do time-wise, like using it to freshen up everything from carpets to your fridge. Use it to clean the coffee maker every once in a while (something that vinegar works really well for, too).

Lauren enlightened me to the fact that microwaving lemons is a super easy, non-gross way to clean your microwave. They can also be used to clean things on their own, or in combination with a few things to make a DIY vegetable cleaning spray. My favorite way to use lemons is to squeeze a little juice over slices of apple to keep them from going brown.

Chelsea swears by honey face masks, and apparently honey is good for several more beauty purposes. I wouldn’t personally use it on my hair again (though that apparently has worked for others!), but I do find it to be an effective acne spot treatment in a pinch.

Coffee grinds make for a terrific (if semi gross-looking) body scrub when combined with coconut oil, which is a big plus if you’re the kind of person who loves the smell of coffee! There are some popular but very expensive coffee scrubs out there, but resist them — homemade coffee scrub is a two-ingredient alternative that is much cheaper.

I’ve been using garlic to ward off colds for a few years now, and I think it’s generally pretty effective — just chew up a clove of it raw, and wash it down with water whenever you feel some symptoms coming on. Or, be less gross and simply add some raw garlic to your food. Peter gets Blue Apron delivered each week, which I’m generally a fan of — but every time a recipe calls for one or two cloves of garlic, they send an entire head of it. So, his fridge door now has one small shelf entirely filled with garlic. Thankfully, it has a ton of uses that aren’t just food-related, like apparently helping to remove splinters.

One of my go-to stain removers is salt. Maybe this is something that happens to me more than most people, but seriously, the next time you spill red wine on your couch, just pour some salt onto it and let it sit there for a bit to soak up the stain. Then, use a damp rag to wipe up the salt after it looks like the stain has been absorbed. Epsom salt baths are also super luxurious, and make me pine for the days when I used to have a bathtub.

Again, I am going to avoid putting this in my hair for the time being. But I do always have olive oil on hand for cooking, and there are so many other uses for it. Apparently, it makes a terrific wood polish when combined with lemons.

Growing up, we always had this around to disinfect small wounds, or my ear piercings when they would inevitably get infected. But hydrogen peroxide is also great for many household purposes, and it is one of the most effective stain removers.

Don’t pull a Rory Gilmore; please pay for your cornstarch. And then be sure to use it for many things beyond baking and cooking. Apparently it’s a good trick to help loosen a knot you’re having trouble untangling!