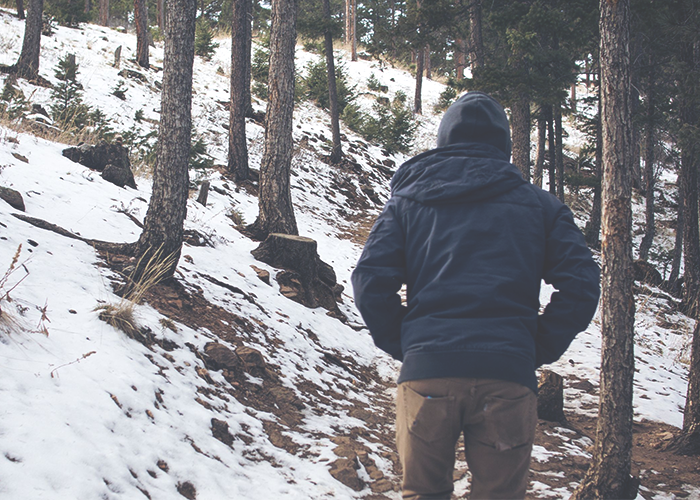 Last week, I read a Reddit post by Sam*, a recent graduate who hadn’t eaten in days, and is at risk of being homeless. Sam joined a small startup in Chicago after college, and they haven’t paid him in two months. With no one to turn to, tons of loans, and not enough money to build an emergency fund, he is now living off very little, and is selling almost everything he owns so he can avoid being homeless. We spoke on the phone — Sam just sold his computer, but his cell phone plan was just reinstated after being shut down by the phone company — and discussed his current situation. He shared what he is currently going through, and how he ended up in this position, because he wants to put his story out as a learning example for other 20-something post-grads. He answered the following 11 questions:

1. You haven’t been paid by your employer in two months. Can you explain why you took this job, and what went wrong?

I studied finance in college, and had been an investment banking intern, but I knew I didn’t want to go into investment banking. I wanted to be part of something, and to build something from the ground up. So, I signed on to work at a startup, despite the fact that those who graduated with me took more lucrative job paths. When I got my job, I was thrilled. It paid about half what you’d make as an entry-level investment banker, but I was still so happy.

The agreement was that I was supposed to get paid once per month. I have a contract, and I could sue for the fact that they have not paid me at all, and they now owe me close to $10,000. My first paycheck was supposed to be sent in October and it never came. The partner I was working under told me to wait a few days and I thought nothing of it. A week later, I was told his foreign accounts triggered a suspicious activity report, which froze his assets. At that point, I started to get worried, and began hunting around for jobs. I’ve now worked for them for a full two months with no pay, and I’m out of money and have racked up credit card debt while living on no income.

Last week, I was living on one meal per day — I was eating half a bowl of rice, and trying to stretch my food as much as possible to get through. After subsisting on so little for a few weeks, my friend brought food over on Thanksgiving, so I am currently living off those leftovers.

Currently, I am selling everything I possibly can just to get some money. The problem is I’ve realized I own very little of value. I’ve sold clothes, and my computer. After the leftovers run out, I am going to have to use the money I’ve made selling my things, and can probably get a couple of weeks worth of food. I can stretch about $18 to last me a week or even two. But my stuff is not worth very much, so I’m not making a lot by selling my stuff. When I posted my story on Reddit, strangers offered to help bring me food, or even send money. I am very adamant about not taking money I didn’t earn, but very much appreciate the local Chicago offers to buy me a slice of pizza.

3. Is there still a roof over your head?

By selling my things, and using the last of my money before my credit card was maxed out, I paid the rent money I owed for November at the very end of the month. But now I have almost nothing to go toward my December rent. I’m trying to go through the Department of Human Family Services because they have Emergency Rental Assistance, which I might qualify for.

I’m no longer working for them, but I’m still constantly emailing them to follow up about money. My last conversation with my boss was about a week ago, and he said he might be able to get me some money by Monday, but there was no guarantee. Though they owe me a lot, as of now, when I email them, I stress that I just need them to please get me something. Of course, I know that suing is an option because I have a signed contract outlining what I’m supposed to get paid, and when. However, suing will take a long time, and I need money now.

5. When did you graduate college and do you have loans?

I graduated in August. I have a ton of loans but I haven’t started paying them yet. I deferred my loans directly after school until February. In February, they will start to call and I’ll need to figure out a plan. I just can’t think that far right now because I’m too busy worrying about feeding myself, and keeping a roof over my head. The impending loan interest scares the shit out of me though, but I’m not even sure what I’m going to do about payments come February.

6. Do you have family you could turn to?

I don’t really have a family I can go to. I have been working full-time since I was 14 or 15, and don’t have family members that I can rely on. My family is not close, nor does anyone have the money or availability to take me in. My little brother is currently in college, and we are in contact. He has offered to help, but I don’t want to take any of his money, because I know he needs everything he has to pay for school.

7. Are you applying for jobs?

I started looking quietly for jobs in late October, because no money had come through, but the company kept convincing me to stay. They would apologize over and over, and say they didn’t want me to jump ship. At one point, they promised me an advance in addition to the money they owed me. Now I’ve been actively looking for jobs. I am applying constantly. I check Craigslist every day. The problem I’m facing right now is that no one seemed to be hiring around Thanksgiving last week. I have some retail work experience, so that is a possibility. My best lead, currently, is that I applied to be a delivery driver at a company that needs seasonal drivers.

I am applying for jobs in finance too, but between the holiday season, and the fact that the application/hiring process can be so difficult and drawn out, it doesn’t seem like it will help me get money quickly. I would be very happy to land any job, but I need money as soon as possible, rather than being a good candidate on someone’s hiring list that they’ll look at in the new year.

8. Did you have savings prior to this?

I had very little in savings. I was doing some independent consulting right after graduation. My savings were no more than a month’s worth of expenses, which I’ve now completely used up. After that, my money supply ran out, which is when I turned to my credit card, which is now maxed out at about $3,000. When I signed my contract, it never crossed my mind that they would screw me over, or else I would’ve stretched my savings for as long as possible. I think the biggest lesson I’ve learned from this is that I need to have an emergency fund.

9. How much is your rent, and do you have health insurance?
My rent is $600. I currently don’t have health insurance. I had applied for it through Healthcare.gov when I got this job, but I put it off because I had no money coming in. I don’t know what the status of my application is.

10. What are you most frustrated about, other than the situation at hand?
I trusted my employer. He was a mentor to me, I talked to him about everything — work, future plans, even girls — and now his refusal to pay has put me in this situation. Other than that, this is especially frustrating coming from a finance background. I was taught financial planning, and I know how important it is, and this still happened. I knew exactly what an emergency fund was, but I wasn’t bringing in enough money to make one, before my income halted altogether when I took this job. My life right now is entirely focused on trying to stay in my apartment, and not be homeless, or go without food for too long. Everything else has been pushed back. I was supposed to have a girl, who I’d talked with about getting into a relationship, come visit with me, and now that can’t happen. Everything is backed up, put on hold.

11. How are you going to pay for December rent? What will happen if you cannot pay?

I’ve been in this building for a while and I always wrote the check on the first of the month and paid on time. In November, I struggled, but because I have a good history and reputation with the landlord, he gave me some leeway. If it takes me most of the month to get my rent together, I think he will understand. Right now, I’m just trying to scrape together anything for rent, get any job, and feed myself. If I am in a position where I can’t get the money together for the month, I will have to leave. I have already looked into interim housing, or homeless shelters, but am hoping to make something pan out before that happens.

*Sam is not his real name.