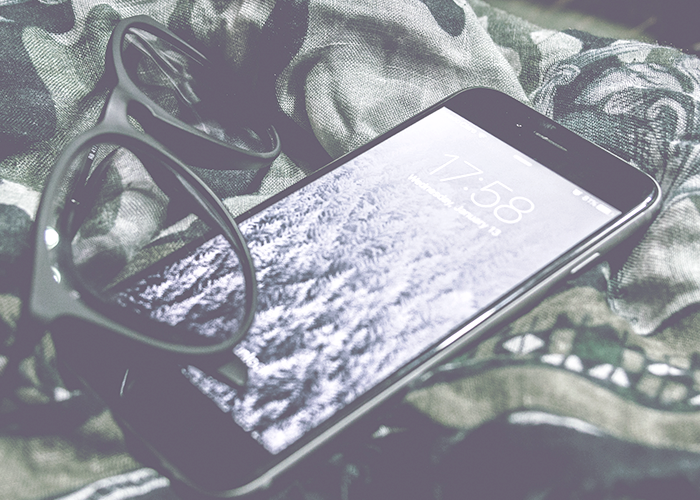 Nearly everyone has (or will) experience a moment in their professional lives where they are forced to stock of where they’re at, professionally, in an extreme do-or-die type of way. This usually leads to a big change that feels inevitable, a little bit scary, and desperately needed. Sometimes, a big moment of work/career clarity can be stimulated by a period of extreme stress that builds up slowly, an explosive situation at the office or at home, or a moment of lucid self-reflection where you ask yourself, “Do I even care about this?” Most people describe a type of slow burn of discontent, resentment, or other grievances that is suddenly punctured with a feeling of “OMG, I NEED A CHANGE RIGHT NOW, WHAT AM I DOING WITH MY LIFE??!” Though sometimes, the knowledge that it’s time for one to move on is not quite as dramatic.

Below, I rounded up 12 individuals who share their own IDGAF moment when they realized it was high time to find a new job. Check them out below.

1. After two years spent working at what I (used) to consider my dream job, I was totally sapped of my passion, energy, and happiness. Being forced to deal with people’s BS day in and day out, in an office culture that was downright nasty and backstabby, just totally changed my outlook on work. I was no longer interested in learning new things or going the extra mile, I just wanted to not have to care about any of it anymore. I consider myself a tough person, but when you’re surrounded by people who either hate their lives or are so caught up in the “game” that they forget how to be real people, it really drags you down. I left that jobs somewhat out of the blue back in January, and I’ve never looked back. I realized I couldn’t waste one more day of my life feeling sorry for myself, and I realized how much I value being surrounded my positive people” — Erica, 30

2. “I caught my boss saying something racially offensive, in a very offhand way, to a client he was close with. It wasn’t a flat-out inflammatory statement, but it bothered me so much because I knew he wouldn’t have let something like that slip in front of his other peers. He said it in front of me because we were pretty close, and he considered me the ‘chill’ twenty-something who wouldn’t notice I suppose (???). He severely underestimated me. I could never look at him the same after that, and I had to leave the job. I quit that job two weeks later, and it was the first time I allowed myself to do something drastic because of the morals and convictions I hold — it felt damn good.”  — Holly, 23

3. “My first job out of college was purely for experience, and I was thrilled to snag that first full-time job as a copywriter. However, I didn’t really feel jazzed about what the company did or stood for, and it didn’t bother me for a long time. However, after a year in, I started to feel…almost embarrassed of where I worked and of the perceived reputation the company had. I left shortly after my year anniversary to work for a more socially-conscious company that I was actually excited to say I worked for.” — Leigh Anne, 32

4. “It was super frustrating to work for a company that wasn’t interested in innovation or moving the creative work/process forward. I was an art director with a ton of video, animation, and production skills that I tried to bring to the table, but they were NEVER utilized. I was hired with the expectation that I could provide additional skills and resources to the team, so they wouldn’t have to immediately outsource work, but it never came to fruition. I eventually left to get a job as a true digital art director, and it was one of the best decisions of my life.” — Tamra, 26

5. “My boss made a few inappropriate comments to me while we were out for company events, holiday parties, etc., and a big red flag went up after the third time. I always read about sexual harassment in the workplace, and it didn’t register that it was actually happening to me. Even though the comments were innocent and more playful (rather than straight-up creepy), I knew deep down it was time to make a change. I didn’t want to hang around to wait for things to get worse before respecting myself enough to do something about it, so I just quit.” — Grace, 24

6. “I worked for a start-up that was great most times, but when it was bad, it was REALLY bad. Long-story short, I couldn’t stomach the kind of bootstrap operation I got myself involved in, and I made the choice to leave after it was expected that I foot the bill for a flight + lodging for a visiting-a-client trip. I was told to view it as an investment in the company and success of the team (which I’d eventually be rewarded for). I’m at a point in my life where that’s just NOT the type of working culture I need to be in, and I left for a more ‘comfortable’ job with less risk. Now that I’m pregnant, I really value that kind of stability, and I learned the hard way that start-ups just aren’t for me.” — Eva, 31

7. “I worked for a privately-owned rehabilitation center, and I found out (after three years of working there) that there was some major corruption going on at the topmost level. Once that became clear to me, I gave my two-week notice without even having a backup plan. I knew I would figure it out, but working for a corrupted company was just NOT tolerable in any way.” — Julia, 22

8. “My situation is a little bit different, and I left my job to follow my husband’s job abroad. At first, I felt really guilty for quitting my job without much hesitation, but that feeling actually revealed how little I cared about the industry I was working in. I had a major self-assessment when we went abroad, and I took time to think about what I felt passionately about and motivated toward. I now have several jobs that I love: I nanny, help run an online shop of creative work, and part-time as a barista to fill in the gaps in my salary. I’m making just as much as I was at my old job, and I feel infinitely more satisfied with the work I do here.”  — Laureen, 27

9. “When I used to think about my five-year plan, my old job didn’t fit into it at all. I knew I wasn’t invested in it the way I needed to be if I wanted to be truly successful. I was working crazy hours at a job I barely cared about, and I was motivated solely by the salary and prestige of the company. About a year ago, I made the choice to quit and do something less demanding on my time. Now, I feel like I’ve come closer to achieving that work-life balance I always dreamed of.” — Kate, 28

10. “I always loved beauty, hair, makeup, etc., and for a long time, I tried to pretend that I was interested in the corporate world like everyone else. However, when I was 25 and coming off a few years in the marketing industry, I thought  ‘this world just isn’t for me.’ It was a bold choice to go back to beauty school at 25, and my family thought I lost it. But, after two and half years of working as a professional beautician, I’ve never felt more content, happy, and inspired by what I get to do every day.” — Ari, 27

11. “I had the nagging suspicion that I was not only in the wrong job, but in the wrong field. I took a few online job aptitude quizzes for fun at first, but when I realized how poorly I was scoring, I thought that I better make a change. I ended up switching industries, and going from marketing to nursing — pretty drastic, I know. While things aren’t 100% perfect, I feel much happier and at peace with what I do for work.” — Nicole, 31

12. “I was becoming a product of my vicious workplace culture, and didn’t notice how bad it was until I was about two years in. Our company hired an intern, and I found myself gossiping about this 22-year-old girl for being late in the mornings, and requesting a Friday off for her boyfriend’s graduation. I felt myself acting petty, and it took something as small as a water-cooler conversation with a coworker to realize how shitty I was becoming as a person. It’s been six months since I left that job, and it’s unreal how much I can feel myself changing. I had started to lose a lot of the patience, warmth, and openness I had with new people, but I can feel it slowly coming back now. Thankfully, it didn’t take long, and once I removed myself from the ‘snake pit’ working culture, I was able to see the things I value in life a little bit clearer.”  — Leslie, 25