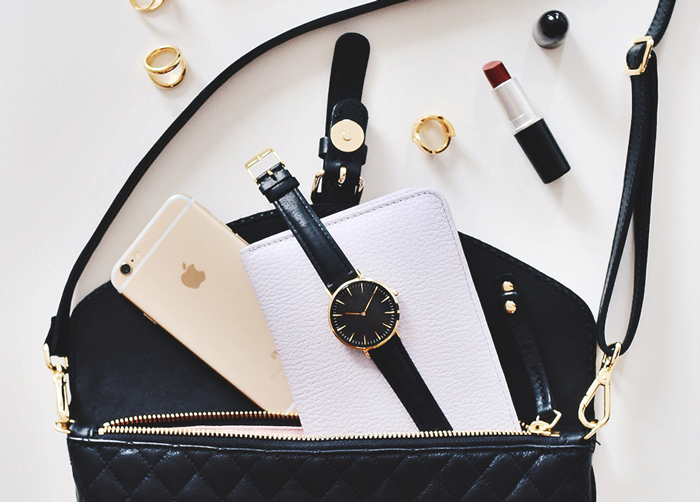 One thing we talk about a lot here on the ol’ TFD is what we call “aspirational spending.” When I think of aspirational spending, I think of the things we buy to fit in with idealized, “better” versions of ourselves that we want to be, rather than the people we actually are today. (So yes, if you’ve ever bought a pair of skinny jeans with the thought that you’ll fit into them after dropping a dress size — this applies.)

Confession time: I wasted about $360 on a gym membership I barely ever used. I’ve mentioned said membership in an article or two before (and how I never cancelled it until I was moving apartments after my first three years in the city), but I never actually did the math on how much I’d wasted on it until now. It was $10 a month, so it never felt like too much of a burden — but I really shouldn’t have gotten it in the first place. I enjoy some forms of exercising, but really don’t like working out by myself in front of strangers. I like class settings, but classes weren’t included in my very bare-bones membership. On top of that, I’m just not the kind of person who’s going to get up at 6 AM and bounce on over to the gym. So while I couldn’t really feel the hit of those $10 leaving my account each month, looking at the grand total I wasted (and knowing it could fully buy me a plane ticket or a few great articles of clothing), I kind of…want to cry. And kick myself. Especially because actually going into the gym and cancelling my membership, at the end of it all, took roughly two minutes.

There are many other things I’ve purchased in the name of self-improvement that truly weren’t worth it in the long run. For example, I have a pack of 30 colors of floss and a cute, downloaded and printed pattern for cross-stitching that have been sitting in my craft box for probably two years, and I can’t bring myself to get rid of them — it’ll look so cute in my apartment when I finally get around to making it! Right guys? And let’s not forget the bags and bags of unread books I cleared out of my old apartment. If I’d had a little more foresight and seen that they’d eventually just be donated, without even being read first, maybe I would have held off on buying them in the first place and started my love affair with the library earlier.

But I know this aspirational spending problem isn’t unique to me. So, I decided to reach out to some friends and TFD readers to hear about their biggest wastes of money when it comes to self-improvement. Hopefully their answers will provide a little catharsis for all of us (and maybe even a few giggles).

1. “Last year I got on a serious health kick. I had seen a lot of people on social media use the meal replacement powder called Shakeology, so I ordered a 21-day pack that also came with workout DVDs, measuring cups, and meal plans. Turns out Shakeology tastes like someone mixed hot chocolate powder with dirt! Also, who owns a DVD player still? Not me! I still have the entire package just sitting in my cupboard, mocking me for buying into a trend.” — Hailey

2. “I think it’s my Wine Enthusiast Subscription that I originally got for free as a gift. I kept it going for another year and then forgot to cancel for the renewal (damn automated renewals, magazine.com!). It’s not a HUGE amount, but it’s still $30 a year, so that’s $60 gone. And the worst part is, I barely read/look at them anymore.” — Brittany

3. “Hair products. I’m the most low-maintenance hair person and am always trying to find something that gets rid of my frizz and makes me look somewhat presentable. I can’t seem to find a good curl cream, and yet I buy them hoping that THIS ONE will be THE ONE. Such a waste…” — Tori

4. “A ten week, $250 weight loss challenge through my old (already $90/month) gym that ended up encouraging eating dangerously little and doing hours of cardio a day. I lost weight, but the rules of the challenge were so strict and unhealthy that I gained it all back not long after. I ended up cancelling my membership there, joining a cheaper gym, and educating myself on proper nutrition and various exercises, including weight lifting, which cost me very little and has allowed me to lose 50 pounds and keep it off in a sustainable way.” — Katie

5. “I am sure everyone has something similar, but for me: new workout pants (two pair put me back ~$100). I had started doing this class and couldn’t wait to make it part of my routine. Once my free pass was up, I realized I wasn’t going to be able to afford it with my current budget and salary, but not before I had bought two pairs of workout pants tailored for the class. Now they both sit in my drawer of workout clothes and go basically untouched. I am hoping one day I can afford the classes but for now, it’s like a hundred dollar bill frozen in ice. What is worse is that I didn’t really need them — I had plenty of other stretchy pants I could wear, but I talked myself into *needing* the fancy ones. They would have paid for two months of classes.” — Molly

6. “The ‘self-improvement’ purchase I made was Rosetta Stone. I was going to refresh my Spanish language skillz and it has sat, unused, in its box for two years. Or is it three now? Oof.” — Laura M.

7. “I love to read and I love to learn. I used to spend $40-60 a month on books that I thought I should read, either because I thought their wisdom would improve my life or because they were books that my impressive, ideal self would read and enjoy (and could low-key brag about having read by conspicuously placing them on my bookshelf). Five years later and after only having finished 5% of them, I sold what I could for pennies on the dollar and donated the rest. But at least they’re no longer weighing me down or taunting me from their dusty resting places on my shelves.” — Amanda

8. “I bought prescription sunglasses thinking they would be a great investment! Unfortunately, I hated the tint. I felt like I couldn’t see well, and I’ve only worn them a handful of times.” — Kayla

9. “Self-improvement not worth the money…any e-course or ebook bundle ever (says the girl who buys them anyway). — Sky

10. “I don’t know if this is a unique purchase, but self-improvement bookstore visits are always a mistake. I’m a victim of being over ambitious, buying 4-5 books that would make me look like a deeper person on the T, and tossing them to the side. I still have untouched purchases in my room, definitely not adding any layer of depth or self growth to my life.” — Natasha

11. “I’ve purchased spices (and ingredients) for fancy recipes I found online, whilst telling myself I would magically get motivated to cook all these healthy, delicious meals. Totally fell for the clean-ish eating hype in 2015…I never did cook anything out of my comfort zone, so during my last kitchen cupboard clear-out, all these went straight in the trash bin. No improvement of my cooking skills, and a lot of euros wasted. Now I cook simple meals with a few basic herbs and spices. And when a recipe calls for something I don’t have, I might leave it out or try find an alternative.” — Carina

12. “I bought a bunch of yoga classes once just because the studio was close to my office. It turned out I did not like the style of yoga they taught, and the classes were way too early for me. It was definitely a lesson in testing something out before making a commitment.” — Marissa

13. “I 100% regret buying a $150 juicer two years ago in an attempt to be more health-conscious. Honestly it was more of a status symbol to convince myself I was ‘doing healthy’ than something I actually needed…probably have used it a total of four times in two years!! Wouldn’t recommend it to anyone unless they have tons of disposal income to spend on fresh veggies/fruits.” — Savanna