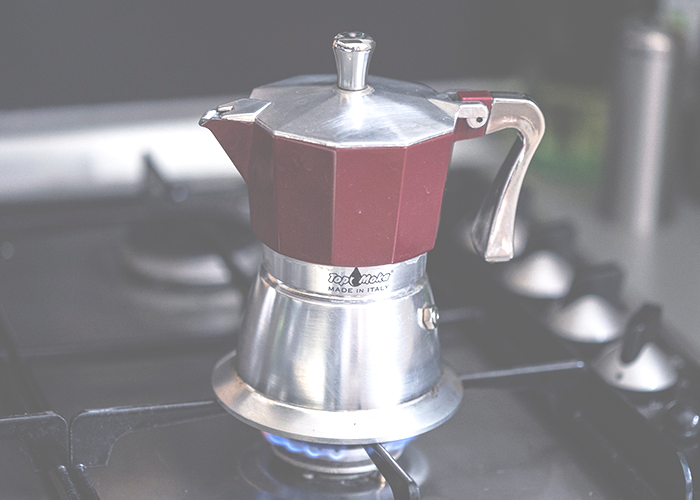 In my opinion, home improvement spending goes hand-in-hand with aspirational impulse spending. When you hit your 20s, you realize that your apartment is a constant reminder that you don’t have the perfect-looking life. (Or, at least, that’s what I’ve realized in my apartment.) A collection of IKEA furniture, hand-me-down furniture, and kitchen stuff I’ve had since college pushes me to want things that are, for want of a better word, more adult-ish. When I saw that my peers were starting to decorate their apartments with nice wall art, I realized how bare my walls were. When my good friend instagrammed a picture of her electronic mixer, I was just reminded of the fact that an electronic mixer is a staple my kitchen lacks. These feelings have pushed me to splurge when I honestly should have resisted (because, let’s be honest, I wouldn’t use an electronic mixer if I bought one). I asked 14 people about the one home improvement splurge they regret, and here’s what they had to say:

1. “Last year, I spent almost $200 on a food processor. I had all these exciting recipes I wanted to try and even created a Pinterest board specifically for all the wonderful things I was going to accomplish with my food processor. I couldn’t believe I had gone 25 years without one. Fast forward a year, and I’ve used it twice. Once to make mashed cauliflower, which was actually incredible. And another time to make frozen peanut butter dog treats for my chihuahua. He didn’t even like them, and I ended up tossing them all. Maybe someday when I have a house with more counter space, I’ll get more use out of it, but for now, it just takes up a lot of valuable space in my small kitchen.” — Samantha

2. “Expensive brand-new bedding from West Elm. I needed new bedding and decided to go ahead and splurge on a new set of bedding from West Elm. It’s the pin needle bedding that all the famous bloggers have in their homes. I spent almost $200 for my bedding set, and I’m unhappy with it, mostly because I went with a color that I thought was ‘in’ instead of the color that I personally liked. I now regret my purchase, but it’s still great quality, so I’m keep it for as long as possible.” — Monica

3.“I got rid of my three-year-old couch last weekend. I had never actually sat on it before I ordered it; we went to a furniture store where they had us order from a catalog instead. It was not nearly as comfortable as I thought it would be. We stuck it out for three years, and then decided to get rid of the $300 couch.” — Brian

4. “I purchased a TV with the intention of using my bedroom as a resting sanctuary, and my living room as, well, a living room. But alas, I always watch TV on my laptop, and rarely entertain or use my living room.” — Jazmine

5. “I splurged on a coffee bean grinder, because any idea after drinking four cups of coffee while reading coffee blogs is a good idea, right? The result: I was not thorough, and I didn’t realize the grinder didn’t go down to Greek/Turkish setting, which is the only kind of coffee I make. It turns out the ‘fine ground’ setting is not fine enough.” — Andromahi

6. “I spent nearly $100 on a lot of wholesale plain wine glasses and a package of colored glitter tubes thinking I’d decorate them and either a) sell them for profit, or b) give them to my friends as gifts. And I truly believed this would greatly improve my finances/home/lifestyle. It has been two years, and I have three bags of untouched wine glasses in my closet, as well as an unopened package of glitter. I’m stupid.” — Mary

7. “I bought two very expensive rugs a few years ago because I had just moved into a place with beautiful hardwood. I felt like that was what I needed on the hardwood floors, but once they were in place, I had a nagging feeling that I liked my apartment better without them. I moved two years later, and learned a lesson the hard way: rugs are a pain to move, and they take up more space than you think they will in storage.” — James

8. “Currently, my fiancé and I are renovating an airstream. This basically means that we hemorrhage money at Home Depot every weekend. However, before we started our downsizing project, we got rid of a lot of things that we had accumulated in just living together for a year. I had spent a lot of money decorating our old apartment ‘just right’ and honestly was not extremely happy with every single room. I would have to say I regret spending $250 on a desk that we got rid of and never used as a desk. I would pile clothes and random things on it daily. Let’s be real, I could have just thrown that stuff on my floor and saved $250.” — Laura

9. “I bought a couple sets of overpriced fairy lights to hang around my bed to make it look like an artsy Pinterest room, but they’re such a pain to turn on and off, and they drain the batteries so quickly that I almost never do. They just sit on my bed frame and look silly when they’re off. Not a huge financial loss, but enough to bug me when I see them dangling there.” — Elena

10. “After a lot of research on how to ease neck pain, I came across a company called Bed of Nails, which sells acupressure mats and pillows designed to ease pain and pressure. I thought the product looked interesting, and hoping for relief, I ordered a pillow — a $50 pillow! On a college student’s budget, $50 was a huge splurge. I used the pillow once, and it’s been collecting dust in my closet ever since.” — Kalee

11. “I’ve wasted a lot of money on DIY supplies in the last three years. For me, I was more apt to splurge on materials than pieces that were finished products. In theory, this is a good thing because you’re spending money on quality items and then putting them together yourself. In practice, I have a lot of unfinished projects in my basement, and a few of those materials weren’t worth the splurge.” — Patti

12. “Ottomons. I thought they would be swanky-looking pieces to own. But the reality is that they take up space in my small city apartment that doesn’t have any space to spare.” — Ken

13. “This is very small, but I have spent a lot of money on closet organizers over the last couple of years. I never have enough space — I live in NYC — and I’m constantly trying to optimize my closet space. In my attempts to do so, I’ve tried a scarf hanger (yes, those exist), a tie hanger (for my S.O.), plastic drawers for bedding, under-the-bed fabric cubes, an (expensive) shoe hanger, etc. The under-the-bed cubes are my favorite, but I didn’t care for the other purchases after a few weeks.” — Kayla

14. “Aspirational cutting boards to improve my kitchen were a splurge that I did not need. Yes, they are very good quality, and they’ll last a long time. However, I was at T.J. Maxx the other day, and I found two beautiful wooden cutting boards (each for under $15), and it reminded me that I didn’t need to spend five times that much on my cutting boards. If you’re someone who cooks a lot, I completely see why it would be a worthwhile expense, but I don’t use them enough to make it worth it, nor do I care for them properly.” — Sumon