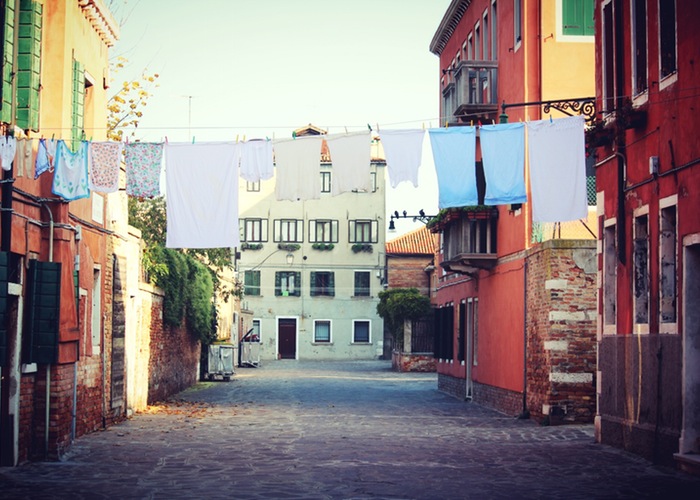 I’m slowly learning the value of spending up front as a means of saving money in the long run. It doesn’t come naturally to me, because as a relatively frugal person, my instinct is to opt for the inexpensive option in the immediate, without considering the long term. I own a few nice items in my closet, and living room, but there are a lot of areas I have yet to invest in: my pots and pans are hand-me-downs, and I still own some cheap (and worn) shoes that I wear religiously. So, I set out to find what the average 20-something splurges on up front, that ultimately saves them money. I extended the question beyond just “stuff,” to what services people favor, and how the additional expense ends up getting them more for their buck.

Here are 16 20-somethings on the one splurge that saves them money:

1. “A travel credit card. I have the United card. It’s $99 a year, and your first year is free. I find it to be worth it because a lot of the times the United flights are cheaper anyway. And I get free checked bags. So if I’m going on a bigger trip, that saves me $50 round trip. It paid for itself within my first two trips. I also chose United because they partner with Air Canada, and I can easily get flights to go see my sister, who lives in Canada. NYC (where I live) is a hub for almost all carriers, but if your location requires a different carrier, I would get the card for that respective airline.” — Caroline, 24

2. “Dropbox Pro. It’s $10/month for a terabyte of space. All my files instantly back up every time I’m on the Internet. I have a master folder that is set up to automatically sync to Dropbox, and everything that’s important to me is in that folder. I could drop my computer on the ground and not even lose the morning’s work. My friend’s computer just died, and she had to pay $300 to get all her files off of it, so it ends up saving you money and anxiety. Plus you can get the dropbox phone app and always pull up a file on-the-go.” — Joshua, 25

3. “I splurge on buying good coffee at home, and as a result, I don’t spend money at coffee shops. I find that treating myself to nice quality coffee (and even a coffee grinder

) is a splurge, but it makes me excited about my coffee at home, so I’m never tempted to buy coffee out. It saves me more money than you’d think.” — Marina, 23

4. “Buying a car, instead of leasing one. During college (and directly after), I leased a car and spent $270/month. The lease recently ran out and I bought a car. My payments are now $210/month, and I own the car out right. Admittedly, I now have a car loan (the vehicle is financed through the car company), but my ‘splurge’ is actually costing me less money than my lease. And at the end of my payment plan, I will actually own a vehicle.” — Miriam, 27

5. “This might be a lame one, but I would have to say splurging on good winter coats

has been very worth while. People always avoid the $200 down jackets, but because I decided to splurge, I haven’t had to buy a new winter coat in years. It’s much more effective than buying a cheap down coat, and realizing that after only a year, it’s totally worn down.” — Curt, 26

6. “I bought a SodaStream

, after saving up, and I am absolutely thrilled by how much I save. It’s definitely an investment (and not to mention, in a tiny city apartment, you need to commit a bit of counter space to it), but for the fact that it was $80, I have saved so much on buying seltzer. I’d say I spent at least $10 on sparkling water every week, so it paid for itself in two months.” — Sharon, 24

7. “I am a runner, and I chose to spend money on nice running shoes

(mine are about $100) instead of getting a $20 pair at Target. The fact is, if you’re going to be running more than once a week, you should treat yourself to a pair of sneakers with great support. I made the investment when I started racing, but would encourage rookie runners to splurge as well. They last so much longer, and are better for your body—- it could even save you a doctor’s visit.” — Kelsey, 29

that will last, and plates that actually match. Yes, it’s an investment, but you get to a certain point where you’re ready to take the leap and actually treat yourself to plates that aren’t cracked, and yellowing. If you spend more money up front, your pans will actually last (if you care for them) because you won’t have to replace them nearly as often.” — Sarae, 26

9. “After years of IKEA furniture, I finally splurged on my first piece of big kid furniture. It was a big purchase (I spent $300 on a dresser

), but my old one was a hand-me-down that I got for $50 and it broke. In the long run, I’d rather spend more right now than have to replace my dresser every two years. Even if a nice furniture piece is more expensive, it also spares you the expense of time, and having to pay movers, or bribe friends with pizza to loan you their CRV every time you need to haul something away from a Craigslist sale.” — Seth, 28

10. “Recently I’ve been splurging on better shoes, so instead of tearing through footwear that I wear often, like black flats or boots, I’m investing in pairs that will last more than just a few seasons. It’s saving me money in the long run because I don’t have to keep replacing essentials. I’m starting to spend more on clothing too. I’m in the quality over quantity stage of my life, since better clothes last longer, and I’m ready to start saving for pieces I’ll get a lot of use out of.” — Samantha, 25

11. “I’ve been dying to get my nails done for the last few months, but have been trying to save. A mani/pedi would cost me at least $40. Instead, I went to CVS and spent money on two really nice Essie nail polishes

. They were $8.50 each and I love the colors. Not only did I spend much less for a nail job I loved, but these colors will last me, and spare me from getting mani/pedis in the future.” — Laura, 22

12. “I learned a long time ago that my face can’t take drug store $7 foundation — I’ve been paying $25+ for better brands since I was 18, and it’s way better for my skin. I also spend more on quality face wash. You might think this isn’t a splurge that would save you money. But, if I buy an incredibly inexpensive product, I’ll try it once, and am reminded of how much it doesn’t work, and then end up wasting it, and still buy the expensive stuff. Also, the lesser product may end up making me break out, in which case I’ll buy an additional product to help deal with that.” — Kira, 21

13. “I understand that this might be a ~controversial~ one, but I get an eighth (of marijuana) for $40 and it lasts me 2-3 months. If I choose to smoke good weed on a Friday night, I’m less apt to drink, or spend money on a six pack, or a bottle of wine or liquor, which can add up quickly, especially if you make more than one liquor run on the weekend. I’m a social smoker, so I still hang out with my friends, but I prefer to smoke what I already have, rather than buy alcohol.” — Alex, 26

14. “I order wine from wine.com and it’s a splurge that definitely saves me money at the grocery store. They occasionally offer discounted ‘mystery cases.’ It’s basically all of the bottles with ripped or stained labels that they can’t really sell or have gotten returned. They put them in a case, and sell it for $120, which comes out to about $10 per bottle. The last one I got had a $75 bottle in it. All of the bottles retail for way over $10. Now, do I really need 12 bottles of wine? No. But I will drink it eventually, and I saved about $130 when I added up what each of the bottles should have cost. It also ensures that I’m not tempted to splurge on a $20 bottle of wine at the liquor store. And this site occasionally sends me gift cards in the mail if I give them a shout out on social media!” — Kate, 25

15. “Groceries, hands down. I spend a lot of money when I grocery shop. Of course I look for sales, but I can definitely be picky about fresh produce and meat. I don’t buy too many prepared foods, so that means spending more on specific ingredients. I’ll go to farmer’s markets in my area and try to buy local as well. It does anger me that the majority of healthy options are way more expensive than packages of sugary, empty calories. However, if I have a fridge and a pantry filled with food to cook and prepare myself, I don’t feel the urge to order takeout or go out to eat. Cooking at home saves way more money in the long run and you have more control over what you’re eating. Also, saving restaurants for occasions just makes the whole experience more special.” — Rhea, 24

16. “Costco membership. $110 per year, and the savings are incredibly worthwhile, because you save a percentage every single time you shop there. I buy in bulk, typically, and if you have the storage space, it’s the way to go.”— Mary, 29