16 Things You Should Never Waste Money On While Traveling 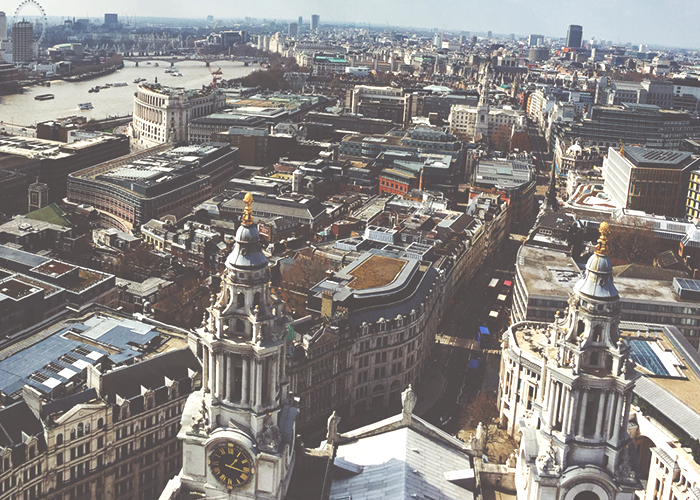 1. Keychains. As a recovering keychain hoarder, I feel justified in saying that adding more clutter to your keychain (or to someone else’s keychain) is rarely a good investment. And seeing as the people who sell keychains in touristy areas tend to be off-puttingly persistent, I prefer to avoid the Tourist Keychain Market altogether.

2. Souvenir t-shirts. Let’s just call it like it is: the people you’re bringing them back for aren’t going to wear them. Of all the touristy shirts I’ve ever bought or been gifted in my life, the only one I still wear is a Ciao Bella shirt from Italy. And the only reason I still wear it is that it shrunk in the wash, and now looks like an intentional almost-cropped top.

4. Any alcohol that you could easily find back home. It’s such a pet peeve of mine when people come back from Ireland with a bottle of Jameson as a souvenir. That’s like coming back from France with a bottle of Grey Goose. Yes, I understand that there’s significance in the fact that the alcohol was brought back from its country of origin, but why not get something you can’t buy back home?!

5. Kitschy frames. That picture of you and your loved ones will exist just fine without a big frame that says SAN FRANCISCO with the Golden Gate Bridge protruding from the top. While it may seem like a good idea at the time, we’ve all learned the hard way that touristy frames don’t blend with any sort of home decor motif.

6. Two-euro pashminas. As far as I’ve seen, these are sold at pretty much any touristy bazaar in the world. (Obviously, there are many countries that don’t contribute to the rapid consumption of low-priced scarves, but in the four continents I’ve been to, I’ve always seen these pashminas.) I’ve bought them before, and while they often last the duration of the trip, they start to unravel not long after you arrive home.

7. Tchotchkes that don’t have a specific home of any kind. Basically, anything that can only really live on a cabinet, or on the surface of your dresser. For example, figurines, snow globes, or little bowls that are too little to actually hold anything. I understand that it’s cute to have an Eiffel Tower or a Big Ben on a book shelf. But in my opinion, a nice alternative is to get a five-euro piece of street art, and then frame it when you get home, and give it as a gift.

8. Monument tours. And the maps they sell on monument tours. Of course, I see the appeal in learning about a monument you’ve been dying to see, but in general, seeing a city simply by hopping from one monument to another means you often miss out on the culture of the city. Some of the best sight-seeing experiences I’ve had are when I just poked around an area by myself or with family, or took a free walking tour. You don’t need to experience a city by going to the top of whatever their highest church/art-deco monument/dome/etc. is.

10. Costumes from the area. This is not a universal rule. For example, if you were to go to India and wanted to bring back a nice kurta pajama, that would be lovely. But I would argue that that is not a costume, because it’s traditional clothing. I’m talking about the over-the-top, no-one-from-the-country-actually-wears-these costumes. Don’t buy them.

11. Branded bags. I truly believe that no one needs a bag with “BERLIN” stamped across it. I’m sure this is a statement piece for some, and I don’t harbor any resentment toward those people, but it’s not my personal cup of sartorial tea.

13. Guidebooks. If you were going on your post-grad worldwide adventure after graduating college in 1998, then sure, buy a guidebook. But it’s 2016, and there are nearly-unlimited travel resources at your disposal. Instead of the guidebook, look for information about the city you’re traveling to on Yelp, Reddit, or on local blogs. And hit up the people you know who used to live there.

14. A poncho. When I think of the word “tourist,” a mental image of Disney World goers in a poncho flashes across my mind, and it sends shivers up and down my spine. An umbrella is the same price, but looks less silly in pictures. Or if you want to plan ahead and save yourself the umbrella prices, bring a rain coat.

15. Museum passes. Of course, you’re not going to go to Florence and not go to the Uffizzi. But in a lot of major art hubs, the museums will offer free entry one day a week, or discounts that you might want to look into before getting on the plane.

16. A meal at the overpriced American restaurant. Come on. You did not travel across the world just to eat at a Hard Rock Cafe. My family has a rule that whenever anyone travels, they can’t eat at chain restaurants. And while I won’t pretend that trying a gelato-based McFlurry at an Italian McDonald’s isn’t semi-worth it, I’d much rather support the local businesses, even if my food costs a few dollars more.