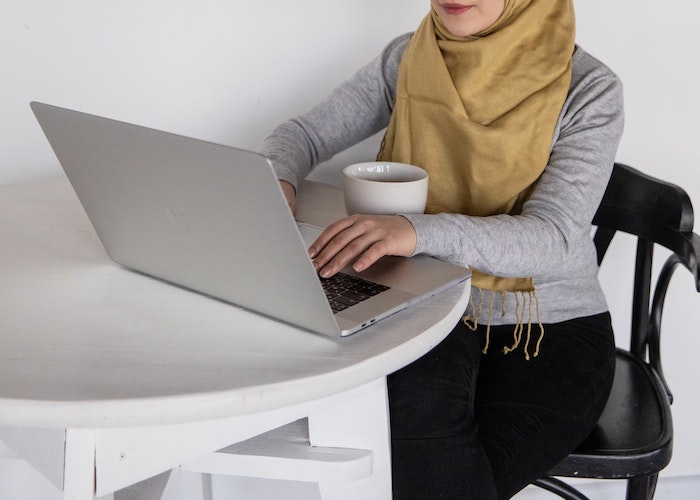 Need a boost of financial confidence? Join TFD’s first virtual workshop, Staying Financially Balanced in a Chaotic Year. TFD Founder Chelsea Fagan will be chatting with journalist Ismat Mangla about how to manage our finances during this totally new era we’re living in. Get your tickets here. A recording of the event will be available for attendees.

It’s sadly not uncommon for a person to deal with a toxic workplace. Even so-to-speak feminist havens have recently been outed for their racist, abusive, and toxic culture. And by this point, we all recognize the trope of the “asshole boss.” She’s Miranda Priestly in The Devil Wears Prada. She’s Katherine Park in Working Girl. He’s Logan and Kendall Roy in Succession.

But what we don’t hear about quite as often, and what we certainly don’t expect to have happen in the workplace, are those hard-to-define everyday moments that slowly wear us down until we realize either something’s gotta give, or we have to move on. I was once told by a (good) boss to be careful of the frog-in-the-water situation. You never want to be the frog who is sitting comfortably in a pot of water that’s incrementally getting hotter. In fact, it happens so slowly and so subtly, that it’s too late when the frog realizes they’re being boiled. It’s a pretty morbid fable, but it’s one I’ve never forgotten. Never be the frog.

Many of us have probably been in situations in which we’ve felt uncomfortable (maybe not even by managers, but fellow coworkers), anxious, angry, or sad — but chalked it up to normal work stress. But there are certain toxic workplace dynamics we deal with over time that build up and build up until the pressure is too much — we implode. A lot of the time it could be gaslighting — you’re made to feel like you’re the problem, or you’re the one who’s imagining things. It makes it hard to leave, because in the back of your mind, maybe you wonder, “well, what if it is me?”

If you’re unsure, here’s a list of some of toxic work dynamics you may fail to even realize are toxic until you’re packing up your desk belongings and leaving for good.

1. You feel like you’re encouraged to throw coworkers under the bus to succeed or get ahead

2. Project directions are changed constantly for arbitrary reasons. The excuse might be, “well, that’s what happens when you work at a startup!” or “we fail fast around here,” or “an investor/Important Person had this better idea and we’re going to go with it.” But the fact is that you spent hours of your time that you now feel have been thrown in the dumpster

3. Feeling like you need to laugh along with your manager’s inappropriate jokes otherwise, you’ll pay for it later

4. Not feeling safe to talk to your manager about another employee (or any problem, really)

5. Your expectations, goals, and KPIs  always shift, so you feel like you’ll never realistically meet them

6. You’re constantly sent emails, texts, or Slacks at inappropriate times with the subject line, “No need to check until Monday/next day.” Or even worse: You’re expected to reply back, even if it’s a non-emergency.

7. Your manager’s unhinged behavior is just shrugged off as a personality quirk

10. You feel like you need to gossip or say negative things about certain coworkers to “fit in”

11. You’re sent excessive passive-aggressive Slacks or emails, making you feel unsure of what you actually did wrong

13. Wanting to prove you’re capable of working even if you’re sick or haven’t taken a vacation in a long time because if you don’t, you might be shamed for it

14. You feel like you need to be overly complimentary to your manager in order for them to like you.

15. You know that if you talk to former employees of the company, you’ll be judged or considered “disloyal”

16. It’s celebrated to stay late in the office

Even if only several of these examples feel relevant to you, you should reflect on your job and really ask yourself if it’s making you happy. Most of us can’t just quit a job with no backup plan or a stash of “Fuck You” money (a savings account you can rely on if you ever need to leave a bad situation, whether it’s a job or relationship), which is why it’s so important to comprehend these warning signs sooner rather than later. Don’t wait until your job has completely broken you.

If you feel like your workplace is toxic that it’s negatively impacting your mental health and home life, try to start looking around for another job (I know, with COVID-19, that’s not the easiest), updating your LinkedIn or resume, or even take classes so you can learn different skillsets. If it’s allowed, you can try to look for freelancing gigs as not just side-income, but as a buffer just in case (this is what I did, so when I was eventually laid off, the blow wasn’t as hard as it could have been). If you have the option to go to HR and have someone legitimately listen to your issues, great. Otherwise? It’s time to look for a space that values you.