17 “Eat, Pray, Love” Purchases That Were A Total Waste Of Money 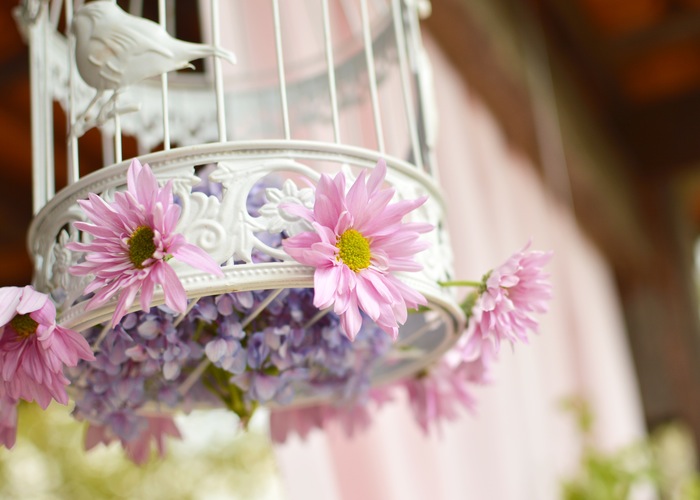 I am very much someone who latches onto the idea of being, or looking a certain way, and I don’t love that about myself, because I know it’s ultimately not necessary. It is also, honestly, one of the only times that I’m ever an impulse buyer. For the most part, I don’t like shopping, nor do I want to own lots and lots of things. I prefer to spend my money on experiences, or heavily premeditated buys, or to not spend it at all, and save. When I do buy things impulsively, it’s because I become enamored with someone’s look, or the way they behave, or even the way they perform a certain task in a picture. And the question that instantly pops into my mind is: Why don’t I look like that? Why don’t I have that kind of style, or give off that kind of vibe? Why am I not a master at-home chef, or why don’t I play tennis as much as they do?

The truth is, I am at my thirstiest when I want to take a small snippet of someone’s else’s life (an outfit, character trait, or specific look), and tack it on as part of my personality. The purchases on this list are all things I grew attached to because they had a self-improvement component that I wanted to use to find my best self. I don’t think any of these purchases are invaluable to those who would actually make good use out of them. But when I bought them, I was so sure that I was going to use these buys about 80% more than I actually did.

Here are 17 things I’ve purchased in order to “find myself” that ended up being a waste of money:

1. A box of hair dye that didn’t take because my hair is too dark. I washed the dye out, only to find that my hair was still the exact same color as it had been originally. (Spoliers: I bought this hair dye after a breakup.)

2. Yoga attire. Going to yoga is a great way to feel inferior about your workout clothing. I have spent too much time meditating on my yoga look before class, only to show up and learn that I’m still miles away from Lululemon Girl’s effortless style.

3. Leather-bound journals. I use notebooks everyday. I write longhand sometimes, and I make countless to-do lists. So, they are necessary. However, my new rule is that I don’t buy pretty notebooks for myself. I buy myself the good ol’ $1 notebooks at Staples. Occasionally people gift me pretty notebooks, and I love using those, but I’m not using my own cash on them anymore.

4. Weights that were way too heavy for me to do more than two bicep curls with. I bought the heavier weights, as opposed to ones that might actually be usable, to “challenge myself.” I am a huge proponent of having a home gym, and I think weights are a good buy. But I get very bogged down with the workout I should be doing, as opposed to the workout that’s suited to me.

5. Vegan substitutes. Every four months or so, I decide that I need to revamp my diet. I have had stomach problems all my life, so part of “finding myself” is achieving some nirvana-like state in which there are no stomach pains. But 60% of the time, I don’t care for the substitutes, and they go to waste, or I push my vegan cheese on someone I know will eat it.

6. Books that I felt like I should read, that would speak to my quarter-life crisis, or whatever trial I was going through. Any book that was the modern day equivalent of Chicken Soup For The 20-Somethings Soul, or a book that every other journalism major had read that I hadn’t. I now have a library card instead.

7. Buying too much gas. I know that’s not a “thing” you buy, but I’ve spent too much on gas used for aimless driving. I used to enjoy taking car rides by myself (before I lived in LA), and while it was very calming and lovely, a true “finding yourself” maneuver if you throw in some good music, it was a waste of money and gas, it put unnecessary mileage on the car, and it was bad for the environment.

8. A membership to the gym in my old office building, which was conveniently twice as expensive as any other gym membership. I bought a month-long pass as a test run to see if I would use it. I didn’t.

9. Scrapbooking materials. I spent money to print out pictures in college, and bought a fancy, binder with rounded edges, and plastic sleeves. I was going to use it all to capture my semester abroad memories, because instead of writing a blog, I wanted to do something “retro.” The half-finished product is still sitting on my bookshelf.

10. Leg warmers. I am overwhelming jealous of dancers’ aesthetics. Growing up, I was a competitive gymnast, and I had components of dance weaved into my training. During college, and after, I’ve always mentioned that I wanted to take dance classes, and have gone to one here or there. But the leg warmers were mostly used to prance around my house, and I didn’t need to search two different malls to find them on a whim.

11. A fondue pot. I was very into hosting fondue nights for a while. Here’s the thing: a crock pot works just as well, and I already owned one. My fondue pot is now in storage.

12. Instagram props. On my trail to finding myself, I decided I was going to imitate my favorite Instagrammers, and read a lot about the necessity of ‘props’ for an Instagram pic. Don’t get me wrong, I still ~draw inspiration~ from some of my favorite ‘grammers, but I no longer buy a macaron, or a cup of coffee, just to put it in a picture.

13. Marathon running necessities. For my half-marathons, I bought a specific marathon water bottle, and an arm band for my iPhone. I haven’t run a half marathon in two years, those two purchases are just using up my limited closet space.

14. Cheap but adorable rings from the time I decided I wanted to be the “Cool Jewelry Girl.” I bought them in gold, and after three weeks of wearing them, the “gold” rubbed off to reveal cheap, discolored metal underneath, and they just looked like bizarre metal loops laced around my fingers.

15. Supplements. A coworker once sold me on buying biotin to strengthen my hair. I still have 58 of the 60 capsules in the bottle, and I bought it 18 months ago.

16. A label maker. The new year’s plight of finding yourself comes with a fervor for organizational tools that no one actually needs. I got a label maker (my boyfriend and I actually share it, it’s a joint custody label maker), to label each one of my file folders meticulously, so I could find the truest, most organized version of me. It’s a year later, and I’m still labeling my files with post-its.

17. Tea candles to sit on top of my homemade candles. For a while, I wanted to make use of the wax at the bottom of the candles, that I could never reach with a lighter. So, I dug out the wax and used it to make new candles, and then I would meld a tea candle on top. It was a great aesthetic, but I found a more productive solution. I bought a long grill lighter, so that I could still light candles no matter how low they got. So, I now no longer need to do something productive with the wax, and I just have a surplus of tea candles.