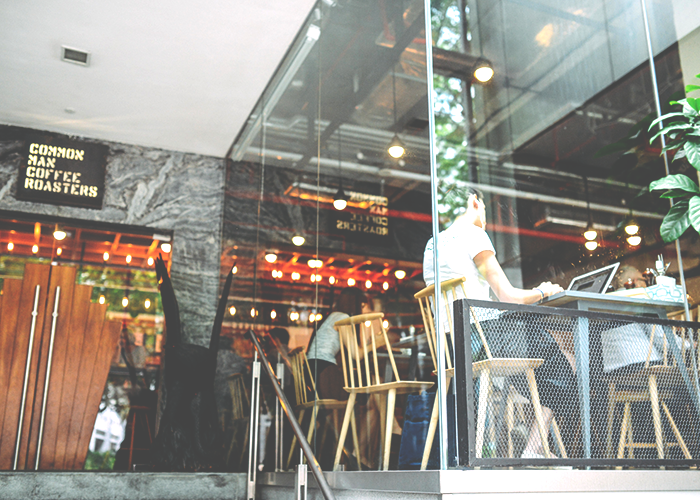 I don’t mean to be a buzzkill, but everything nice you’ve ever been told was probably a meaningless lie. Just kidding. Is the ice broken? Are we having fun yet? Okay, so here’s the cold, hard truth about people saying Nice Things: oftentimes, they don’t have your best interests in mind. The person telling you a nice thing is — most likely — just trying to make you feel better for a hot second. They don’t care about the long-term.

They aren’t mean-spirited or inconsiderate for telling you nice stuff, though! Quite the opposite. Human beings want each other to be happy. Compliments generate optimism, comfort, and less awkward dinner parties. Professionally, though, compliments are dicey. They get mad useless. As I’ve gotten older and worked jobs of all kinds — part-time, full-time, freelance, retail, food service, personal assistant, barista — I’ve come to value honest feedback over complimentary encouragement. I still take it personally and ignore a smooth 83% of it, to my own detriment, but hey. I’m getting better at it.

In the spirit of learning to love criticism, here is a short list of what I personally find to be some of the most woefully-overused professional compliments in the giant Book of Inoffensive Bullshit. I guess I’m getting old? I don’t know. Here goes.

Your ceiling is probably just as high as the ceiling of your peers, if not lower because of your privileges. Don’t believe the hype. Do not raise the proverbial roof. Do not see yourself as destined for greatness. Consider yourself destined to achieve an earnings goal and be debt-free. The end.

I mean, okay. We’re all talented. Have you ever seen someone fold their tongue all crazy? Wild. I can’t even whistle. I can type fast and communicate well, maybe. But do I need to be reminded that I have abilities all of the time? No. Neither do you. Neither should anyone. If we are all *so* talented, then no one is really that talented. Any way you slice it, you’re just okay to start. Work hard to be great.

Sure. So? Why is this person telling you this? Do you think you’re dumb, and like, magically became smart overnight? What is the value of this statement? You should hope to be smarter today than you were yesterday, I feel. I’d like to hear that I was a dumbass four years ago and that I’ve exceeded the expectations placed on my dumb ass, but maybe that’s just me.

Are you? Could you maybe do the short-term better and more consistently? Probably. Next.

5. “You’re smarter than your boss, in my opinion.”

Does this person even know your boss, though? Friends don’t let friends develop an ego that annoys a boss. Just call your boss a dick and move on. Your boss can be shitty without you being better, smarter, or above them. You might be, but like, is it worthwhile to focus on that instead of the work in front of you or finding a new job altogether? No. Pick your battles. Your boss is not your enemy…in my opinion.

You’re not better than a job, because a “job” is a word for a thing that makes you money. This compliment is thought-defeating. A thought-provoking comment would be, say, “You’re great at that job, even though you seem to hate it.” A follow-up Q: “Why?”

Once again: …okay? So what? It’s great to be liked. It’s wonderful to be loved. But where does that get you, professionally? There’s more to think about here than just being like, “Damn. True. I’m lovable as fuck. I should bring donuts in tomorrow!” Historically, I brought the most pastries to the jobs I was the worst at doing. So, there’s that.

This statement should be reserved for uncomfortable first dates. Professionally, “seem” is a sad word. Seeming great is good, being great is what actually keeps you earning money.

This one has come out for me specifically in situations where I’m not being paid fairly and other people try to justify my lack of earnings by making my work seem socially important, which, let’s be honest, it is…mostly not. I mean, writing is important, as are many other things people do for money. But is it “admirable” enough to make me happy to be in debt? No. Nothing romantic or fun about your work being undervalued and subsequently compensated for unfairly.

10. “You’re getting SUCH great experience and you’re a real trooper.”

Speaking of not getting paid, this one is like, the “I’m sorry you’re sad over your whole lack of money thing” mantra. Unpaid internships have their place in our culture, I guess. But outside of collegiate educational experiences…do you want to be a trooper or do you want to be a professional? I mean. Yeah. Don’t get all warm and fuzzy over being a “trooper.” Just don’t.

Unless you are Celine Dion or Beyoncé or whoever designed Red Baron microwaveable pizzas, then no, I am afraid you are not. No one who is close to being the best thinks that they are *the* best. Besides Kanye West. And that, my friend, is a story for another thinkpiece.

Being funny AKA having a sense of humor AKA not being boring should be a personal goal for everyone, not a word people whip out when they have nothing else to call you when you’re being neurotic. I hope that I am funny, but being told that I am SO funny when I’m venting about why I think I’m bad at my job is, well, comically unhelpful.

13. “It seems like you’re really passionate, which is saying a lot.”

Whenever someone says that something they are saying is “saying a lot,” they’re not saying anything at all. Surely, “a lot” can’t mean something as basic as “you’re passionate,” right? I’m really passionate about sleeping in late, or tall male models, but like…those passions are most definitely saying verrrrrry little. As they should be.

14. “As someone who’s been in your position, I want you to know that you’re doing way better than I ever did.”

This is lovely to hear if the person telling you this is the ghost of Steve Jobs, or like, the hologram of Dolly Parton, or…uhhh…Rihanna? But when it’s someone you know or work for, it tends to just be mildly patronizing and sadly sweet at best.

I feel like if you make it look easy and you haven’t mastered *it*, then you’re doing something wrong (AKA slacking hard and flexing on social media) or someone is lying. Either way, it shouldn’t be easy and you shouldn’t pay much attention to how you look while you’re doing your job.

16. “People would kill for your job…your life is so cool.”

Cool is a meaningless word, unless it’s being used to sell a refreshing summer drink. Your life is more than a sales product. What would be cool? Emotional fulfillment combined with financial stability and a couple nice possessions. If your life looks cooler than it actually feels, you should address the root cause of that dissatisfaction (instead of listening to people who are obsessed with seeming cool).

No one does. This must be really nice to hear, but it’s a far cry from the reality of being a human at all. No one has it all together. Extreme thinking can really warp your perspective of where you’re at in achieving your own personal, financial, and professional long-term (and short-term!) goals. Don’t let the positives go to your head, and don’t let your Inner Critic demand that you seek more useless ego-boosting from friends. Be your own support system — then everything else becomes icing on the cake.

At least…I think that’s how it works. Listen, let me call you in five years to check back. You seem so great!