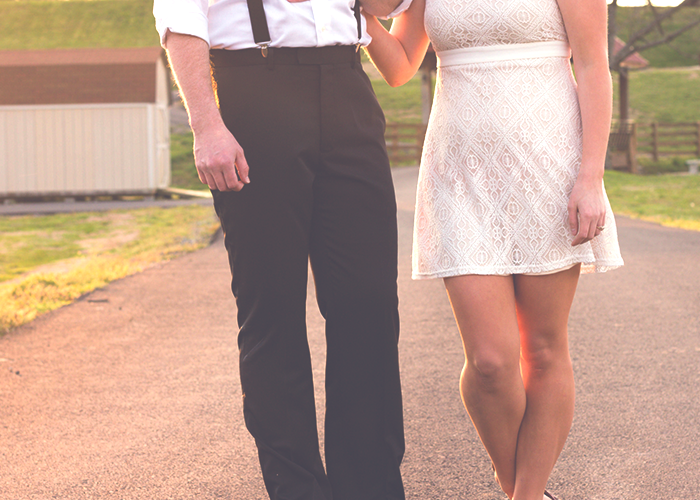 Have you ever been in a relationship with someone else where things are going great until they do or say one thing that changes everything? They drop a bomb on you, and your whole perception of them shifts ever so slightly. They end up revealing something about themselves that makes you pump the brakes and think, “is this a potential deal breaker for me?” For a lot of couples, money causes the most tension. In fact, survey results show that “70 percent of couples argued about money more than household chores, togetherness, sex, snoring, and what’s for dinner.” While the notion of a “perfect partner” is an unrealistic expectation, it’s fair to say that, depending on who you ask, there are some behaviors that just aren’t tolerable. These traits vary for everyone, depending on what they value and their ability (or desire) to compromise. I asked 18 women about their financial deal breakers in a relationship. Check it out!

1. “To me, it would be a guy who spends way too much money on extravagant weekends out with his ‘boys.’ I once dated a guy who spent ~$1,000 on music festival tickets during the course of one summer, even though he couldn’t afford to move out of his parents’ house yet.” — Brynn

2. “An old boyfriend of mine didn’t trust me with my own finances (he would always criticize my spending habits), and it turned out that he was the one who had a gambling problem. Now that I’m out of that relationship, I know those sneaky habits and distrustful-sounding offhand comments were part of a larger underlying issue. I’m much wiser for it.” — Erica

3. “A bad tipper at restaurants and bars — it’s a personality trait that makes me want to crawl out of my skin. I can’t be with someone who doesn’t tip, and I had a horrifying experience on a date at a restaurant where we were arguing about it in front of the waiter. The guy simply said that he, ‘didn’t believe in it,’ and I knew it was my cue to run.” — Stacey

4. “Financial immaturity. I broke up with a guy because of how immature he was with money. He was 26, still living at home with his parents, and acted like he was 19 when it came to money. He was an entitled brat whose life was still funded by his parents, and once I saw the scope of the damage, I was out.” — Gemma

5. “I once knew a guy who had bailed his friend out of trouble (in a truly spectacular fashion), a few times in several months, and it was affecting our ability to save. We weren’t engaged yet, but we both knew we were headed there. He couldn’t understand my logic, and I knew we would never see eye-to-eye about why it wasn’t his responsibility to pick up the pieces of his friend’s life. I don’t think I was being selfish — I wanted us to both feel like people should be responsible for themselves, but he couldn’t see that he was being a total enabler. The relationship ended up slowly fizzling out.” — Steph

6. “Being overly cheap on food is a TOTAL dealbreaker for me. I love food — plain and simple. I love shopping for it, cooking, eating, and spending money on it. The few dates I went on with this one guy were a total nightmare, and he would make comments on the price of everything. It would completely suck the fun out of every evening. He only wanted to do dirt-cheap happy hours when we went out, and he never wanted to spend money on nicer-quality food and drinks. I just can’t be with someone who doesn’t value the same things I do in terms of what we get enjoyment out of.” — Lana

7. “He was in his 30s with absolutely no retirement savings goals, financial goals, or plans of any kind. YIKES, time to run!” — Sam

8. “He was obsessed with having the latest and greatest version of every tech gadget, electronic, TV, computer, and phone available. Once, he spent $5,000 in one month upgrading all of his various ~toys~. He bought the $600 Oculus Rift without blinking an eye, and I’m like…this is just not my thing. I didn’t want to live with a 20-something child.” — Raquel

9. “It’s a deal breaker when a dude is overly stingy when splitting the cost of something. A $5 Venmo request for the muffin you bought me at that cafe a week ago?? Uncool, and a huge turnoff.” — Keesha

10. “I found out my partner wasn’t forthcoming about the $20,000 of credit card debt he had — he tried to hide it from me. It was a red flag that he couldn’t be honest with me, and it was a huge turnoff. We dated for nearly a year, and it wasn’t until we were trying to plan a vacation together that he finally came clean about his situation. It wouldn’t have been so bad if he wasn’t always looking for me to loan him money without me knowing the reason why.” — Sarah

11. “My deal breaker is a guy who isn’t motivated at work, allured by having a great career, or interested in making good money. If I’m 100% honest with myself, I need someone who is my equal and who will be at my speed in terms of salary and career trajectory. If we don’t align on those goals at least somewhat, I know things will always feel awkward and unbalanced. I don’t want to resent my partner.” — Casey

12. “Once, a semi-serious boyfriend of mine expected me to help pay off his student loan debt. He was crushed when I told him that I didn’t think it was my responsibility, no matter how serious things got. The relationship didn’t last long after that…” — Rey

13. “For me, a deal breaker would be someone who doesn’t view joint financial decisions as a conversation. I dated a guy who would frequently give loans to troublesome family members without consulting or talking with me about it. I’m all for helping out those in need, but I want to talk about it together first. He didn’t have a team player mentality, which I just couldn’t deal with. Not everyone feels like it’s important to them, but it’s something I knew I really valued.” — Brianna

14. “Shady behavior is a total financial deal breaker. I used to date someone who would casually ask me for loans here and there, even though the guy made more money than I did. I didn’t stick around long enough to find out exactly where the money was going.” — Terri

15. “I found out my partner had a fund to start a family/raise kids. It was sweet, objectively, but I didn’t want children at all (and still don’t), so I knew that the relationship wasn’t going to go very far.” — Denise

16. “A terribly-low credit score — that would be a big deal breaker for me. I want to buy a home in the next five years, and I need to have a partner who’s going to help me get there, and not hamper our ability to do the things we want.” — Monica

17. “I once dated a guy who was super uncharitable, and he never wanted to part with money for a ‘good cause.’  When someone is that ungenerous, it makes their other personality flaws seem much uglier. I knew that the type of man I wanted to marry would never sneer at me giving a homeless women in the subway $5.” — Blake

18. “Someone who doesn’t appreciate the need to spend on the little things. I was with a guy in college who didn’t think things like special occasions, holidays, and anniversaries were ‘special enough’ to spend money on. ‘It’s just another day,’ he would say. I knew I didn’t want to marry someone THAT practical. I need excitement in my life, and I need my partner to share that same passion with me.” — Valentina